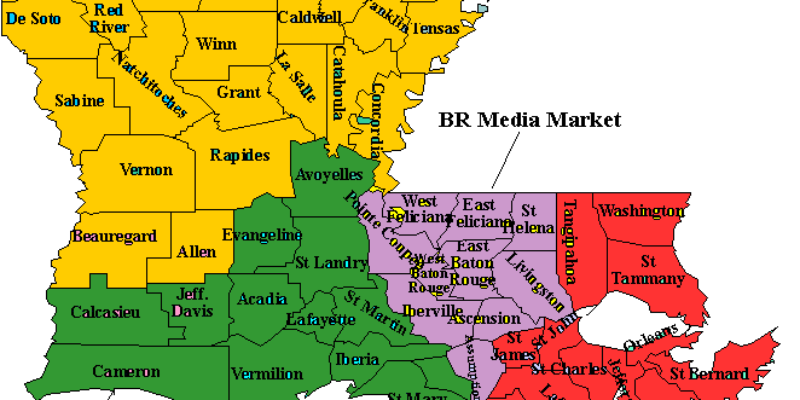 The conventional wisdom is that Secretary of State Jay Dardenne is a shoo in for the Lt Governor’s race. We would like to test that assumption by examining the strengths/weaknesses of the major candidates running in this race and projecting their vote totals on a parish by parish basis to predict the overall primary results.

Currently, eight candidates (five Republicans and three Democrats) have filed for this race. We are focusing our analysis on the candidates we consider “major” at this point based on their name recognition, fundraising, and/or elected office held. On the Republican side, there is Secretary of State “Jay” Dardenne, GOP Chairman Roger Villere, country singer Sammy Kershaw (who ran for the office in 2007), and St Tammany Parish President Kevin Davis. None of the three Democrats have much statewide name recognition, but of those running, we believe that his legislative tenure, combined with his chairing the Senate Retirement Committee, gives Morgan City state senator “Butch” Gautreaux some visibility – at least to to the constituency of state employees and/or retirees.As we construct our parish by parish predictions, several things must first be considered:

(1) The “Cypress Curtain” – Recent elections starting with the 2006 Secretary of State’s race have been characterized by a cultural dividing line running roughly along the length of the Atchafalaya swamp. East of that dividing line are the Baton Rouge and New Orleans media markets. In this more urbanized part of the state (which contains 53% of the registered voters), voters tend to prefer more media savvy candidates who project a more moderate tone. In both of Jay Dardenne’s elections, this region of the state has consistently been his electoral stronghold. This region also has more strongly preferred “Bobby” Jindal and both Mitch and Mary Landrieu. And even when Mike Huckabee carried the state in the 2008 GOP presidential preference primary, John McCain led 47-37% east of the Atchafalaya.

In this race, we believe that Jay Dardenne will run most strongly east of the “Cypress Curtain”: not only did he carry most of the parishes in this region in his first race (in fact, those were the only parishes he carried), but his regional strength was confirmed in his 2007 re-election. While he was re-elected by a solid 63-31% margin, he won metro New Orleans 66-29% and the Baton Rouge media market 71-26%. West of the “curtain” he won with a comfortable but lower 59-35% margin. His only distraction east of the “curtain” will be the candidacy of Roger Villere, who is from Jefferson Parish. West of the “curtain”, the electoral picture gets a little more complicated because of the presence of country singer Sammy Kershaw. Though his campaign was not as visible in the Baton Rouge and New Orleans media markets, he still received 30% of the vote statewide compared to the 57% that then incumbent Mitch Landrieu received. West of the Atchafalaya, the Landrieu lead was only 48-40%, with most of that margin coming from northwest Louisiana. Without an incumbent in this race, we think Kershaw will do similarly well in the parishes west of the “curtain”, particularly the rural ones (Below is a graphical depiction of the regions of the state).

(2) Core Democratic vote – Though most of the psychic energy in this race comes from the Republican candidates, the reality is that there is still a significant bloc of votes available to any Democrat on either side of the Atchafalaya. This cohesive populist/Democratic vote consists of blacks and “yellow dog” Democrats and represents at least 30% of the vote in any given election. Though Jay Dardenne has shown the ability to attract some of this vote in his elections (for instance, he got 20 and 33% of the black vote, respectively, in his own East Baton Rouge Parish in both of his Secretary of State races), the last minute entry of three Democrats into the race means that a lot of this voter bloc will gravitate towards the Democratic candidates, and of those candidates, we believe that state senator “Butch” Gautreaux of Morgan City currently has the best chance of receiving this vote.

(3) The effect of local races on Democratic turnout – Overall, white turnout in the 2006 Secretary of State’s race was 28%, while black turnout was 20%. However, black turnout was boosted in Shreveport, Alexandria, and in parishes along the Mississippi River Delta due to hotly contested mayoral and legislative races there. Shreveport and Alexandria will again have hotly contested mayor’s races, and there will be a contested Democratic Congressional primary in New Orleans. We therefore have to assume that there will be some benefit accruing to the Democrats in these areas.

Given these considerations, what we see right now in the Lt. Governor’s race is a three way race. Jay Dardenne leads with 30%, followed by Sammy Kershaw with 27%, “Butch” Gautreaux with 26%, and the other candidates’ getting 17% (Roger Villere gets 11 of the remaining 17%). Keep in mind that a lot (i.e., candidate withdrawals, quality of commercials run, blunders, and so forth) can and will affect the ultimate outcome. However, we see this analysis as a snapshot of things given what we know of the candidate’s electoral strengths and weaknesses, with the following additional observations/caveats (our predictions by parish are here):

(1) As the “major” Democrat in the race, “Butch” Gautreaux will pretty much own the 30% populist vote base, especially when you get west of the Atchafalaya. We also believe that his performance in Caddo and Rapides Parishes will be aided by a strong black turnout due to contested mayor’s races in Shreveport and Alexandria;

(2) In his 2007 race for Lt. Governor, Sammy Kershaw was strong in the rural parishes, especially those west of the Atchafalaya. We think he can sustain strong voter support in these rural parishes again, which basically hurts the Villere campaign and, to a lesser extent, Jay Dardenne;

(3) Roger Villere is electorally boxed in as long as Kevin Davis and Sammy Kershaw remain in the race;

(4) Jay Dardenne’s base of the Baton Rouge and New Orleans media markets will mostly remain intact. He will, however, lose some of his support in the rural parishes to Sammy Kershaw.

(5) The wildcard in the race is the last minute entry of Caroline Fayard. Between her New Orleans base and her family connections to the Fayards (well known trial lawyers) in Livingston Parish, she has the potential to make this a race on the Democratic side. If this were to occur, any vote she receives will generally come at the expense of “Butch” Gautreaux, although she may hurt Jay Dardenne with more moderate voters in parishes east of the “Cypress Curtain” as well. Depending on how much she cuts into the Democratic vote, we can see a scenario where two of the Republicans, Sammy Kershaw and Jay Dardenne, would make the runoff, in which case Dardenne would win with about 55-60% of the vote.