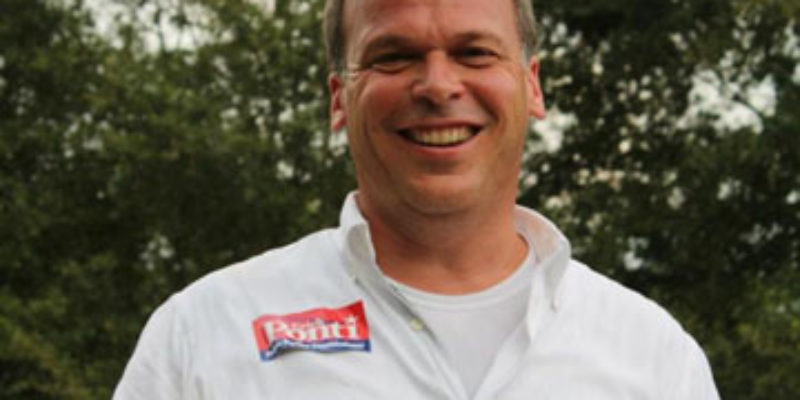 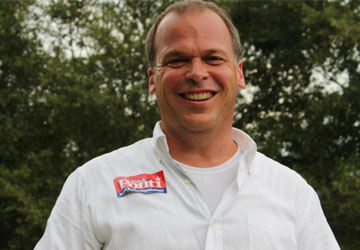 Less than 24 hours after it was announced that Louisiana Department of Natural Resources Secretary Scott Angelle would occupy a spot on the LSU Board of Supervisors, State Rep. Erich Ponti declared his candidacy for the Public Service Commission seat representing the Baton Rouge and Lafayette areas.

Small business owner and State Representative, Erich Ponti (R), will seek the District 2 seat on the Public Service Commission this November. Current Commissioner, Jimmy Field, has announced that he will not seek another term. Ponti, a general contractor with nearly twenty years experience of building a construction business and creating jobs, sees the Public Service Commission as a place where his conservative principles can serve ratepayers and help strengthen our economy.

“Louisiana is the hub of energy production in the U.S. As your Commissioner, I will make sure that the utilities are capitalizing on our state’s resources to the benefit of Louisiana consumers and businesses,” Ponti said.

In 2007, Ponti entered a crowded field of candidates for a seat in the State House representing a district in southeastern Baton Rouge. With shoe leather and a commitment to represent his constituents with honesty, integrity and accessibility, Erich won the seat. As one of two freshmen to be named to a committee leadership position in his first term, he worked to reduce taxes, balance the state budget and pass ethics reform legislation. Four years later, Representative Ponti was unopposed for re-election and would be tapped to lead the House Commerce Committee.

“I entered public service to help build a better Louisiana, one where our tax dollars are not wasted but invested in our families, our economy and long-term prosperity. We have turned the corner, but work remains to be done. One of my top priorities on the Public Service Commission will be to require utilities to bring the transmission grid into the 21st century. This step will lower the cost of power to users, ensure long-term reliability and expedite the restoration of power after damaging storms and hurricanes.”

Ponti will file his latest campaign finance report showing approximately $280,000 cash on hand. Ponti has raised close to $170,000 of that total since entering the race for Public Service Commission in early June. The report includes contributors from all corners of the district and demonstrates the wide base of support necessary for victory. “From Baton Rouge, down the bayou to Houma and Thibodaux and over to Lafayette, our campaign is gaining momentum, and I’ve been humbled by the donations and encouraging words of those I’ve met,” Ponti said.

Ponti is a graduate of Catholic High School in Baton Rouge. He earned a bachelor’s degree in Construction Management from Northeast Louisiana University (now ULM). After returning to Baton Rouge, Erich started Accent Construction Services, Inc., a successful general contracting and development firm. It was through his profession that he first became involved in the political process. As a member of the Louisiana Homebuilders’ Association, Ponti served in numerous leadership positions including President in 2007.

Erich is a proud father and grandfather. When he is not at a construction site, he enjoys spending quality time with his grandchildren, fishing or attending their little league games.

The PSC District 2 field shapes up at present to be a race between Ponti and Lafayette businessman Ed Roy, whose curriculum vitae includes 20 years as a weatherman on a local TV station, a term on the Lafayette Parish Council, 16 years as a detective for the Lafayette Sheriff’s Department and the owner of a private detective agency, among other things (with that resume one can be sure that whatever skeletons Ponti might have in his closet are sure to tumble out). But Ponti has aligned himself with Gov. Bobby Jindal, and the announcement yesterday that Angelle was joining the LSU Board – he’d been talked about as a candidate and had made some very definitive noises about running back in June – more or less cleared the field of Jindal’s allies for Ponti.

Whether Jindal will openly endorse Ponti or not remains to be seen. Perhaps more interesting will be which issues the candidates trumpet in the race – both appear to be rather reliable pro-business conservatives, but neither have announced anything of significance policy-wise. Ponti’s web site indicates an interest in stability of utility rates, the promotion of natural gas and improvement of telecommunications infrastructure, while Roy’s site doesn’t have an “issues” section.

Interested in more national news? We've got you covered! See More National News
Previous Article What Did Lolo Jones Ever Do To The New York Times?
Next Article Vitter In Monroe: We Need A New Energy Policy In The Worst Way