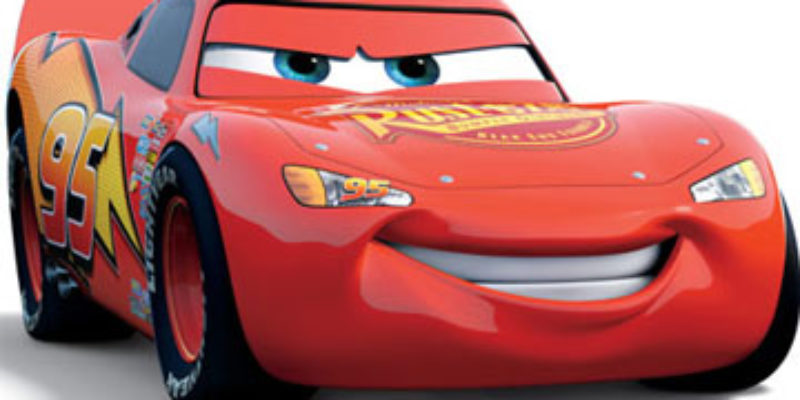 We saw this at iOwnTheWorld, and had to bring it over.

And now for a little bit of a proactive statement – if you’re thinking about coming into the comments and bitching about how unsafe it is to let a kid have a toy car which goes fast like that, think again. We’ll ban you for it.

The backstory to this…

Five-year-old Evan Burgess has the need for speed. You could say he’s been chasing the pacer since he first got his Lightning McQueen Power Wheels car for Christmas three years ago.

Evan used the car so much that he wore through the black plastic wheels. By the time he turned 5, the Power Wheels car could do little more than burp around the driveway like a broken down Flintstone mobile.

Fortunately for Evan, he’s got a father who specializes in souping up custom cars.

Sean Burgess is the founder and co-owner of FFTEC Motorsports, a California auto shop that works with BMWs, Mitsubishi racers, Porsches, and other fast cars out on the market.

“We had been joking around about him wearing through his wheels,” Burgess told the Daily Dot. “He always watched us change wheels at the shop, so he asked if we could change the wheels on his car.

“One thing led to another. We went to Harbor Brakes to get some inexpensive wheels for it, but they didn’t fit. We had to figure out a way of getting them onto the car. Everybody in the shop just starting saying, ‘Hey, how about you do this? How about you do that?’ I started doing some research online about go-carts and electric scooters and started to compile a list of parts.”

Burgess and Evan began the teardown of the Power Wheels car from the FFTEC shop. They sanded the tires and gave each one a paint job. They installed an aluminum subframe, disk brake caliper, and sealed ball bearings.

Then they rigged the whip up with a 500 watt, 24 volt, .66 horsepower engine, one that, if Burgess were to take the throttle off, could reach speeds as high as high as 20 miles per hour.

When it was all said and done, Burgess took Evan out to a dirt track near their home and told him to let it rip.