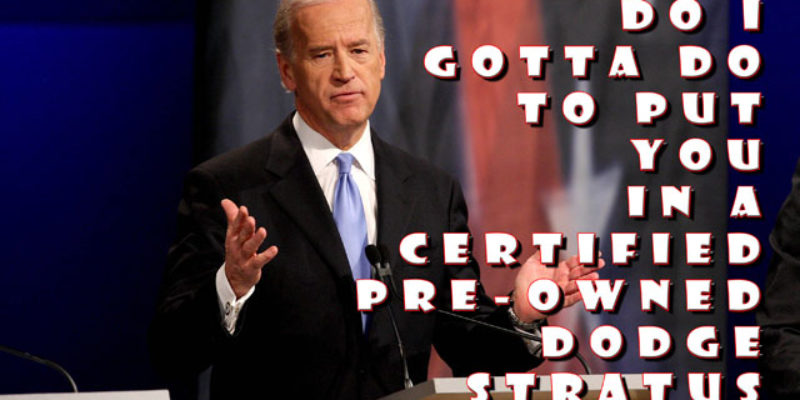 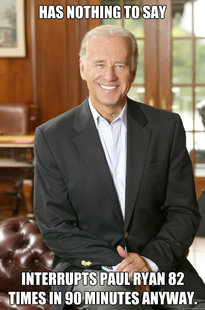 Biden interrupted Ryan 82 times during that debate last night. And the thing was, he had diddly poo of use to say when he did it.

He had one job to do. Well, two jobs. The first job was to fire up all the clowns on MSNBC and give lefties – who like the idea of shoutin’ down people who disagree with them and generally actin’ like Veruca Salt from the Willy Wonka movie – a little somethin’. That’s what a good lefty sounds like. Because they’re “passionate,” and so on.

Since Obama didn’t sound like a lefty, they were pullin’ their hair out. They want their politicians to come off like union goons and race hustlers, and so Biden had to do what he did last night to buck up the hooples.

The other job was to stop Ryan from looking like he knew what he was talkin’ about. And since Joe Biden ain’t exactly in command of facts, the only way to do that was for him to come in and step on his toes. And he did. Seven dozen times, give or take a few.

Like MacAoidh said last night, it might well have worked if not for the fact he came off as a dip while doin’ it. Muggin’ for the camera like some drunk fan at a Steelers game.

And then when he started talkin’, we got this… 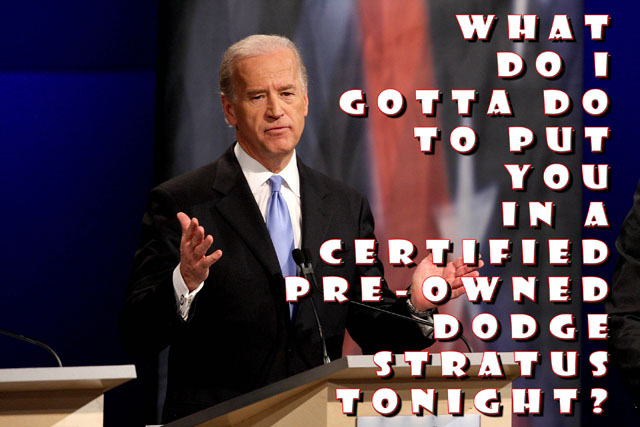 Which is better, I guess, than how he acted while Ryan was tryin’ to talk… 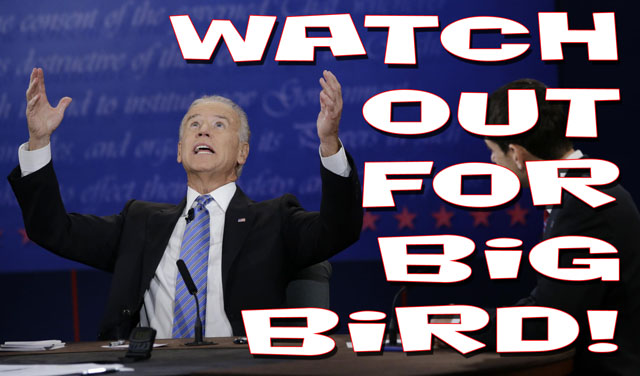 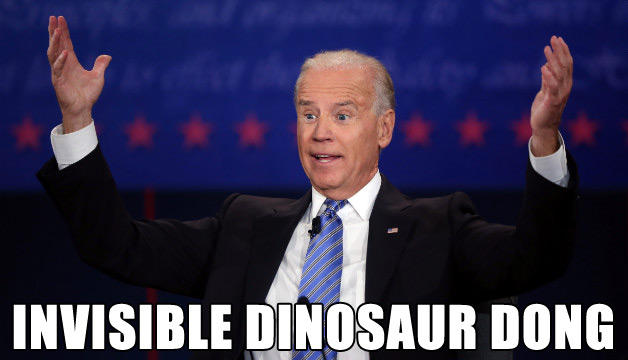 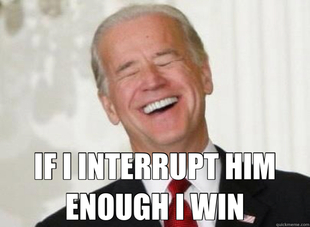 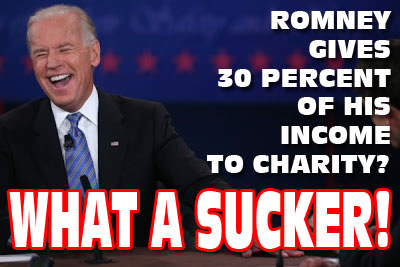 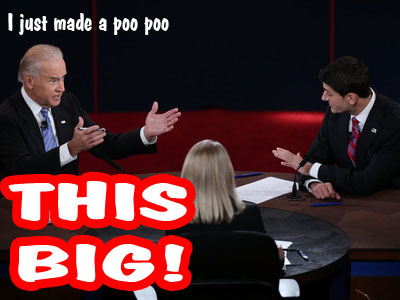 UPDATE: And one more…