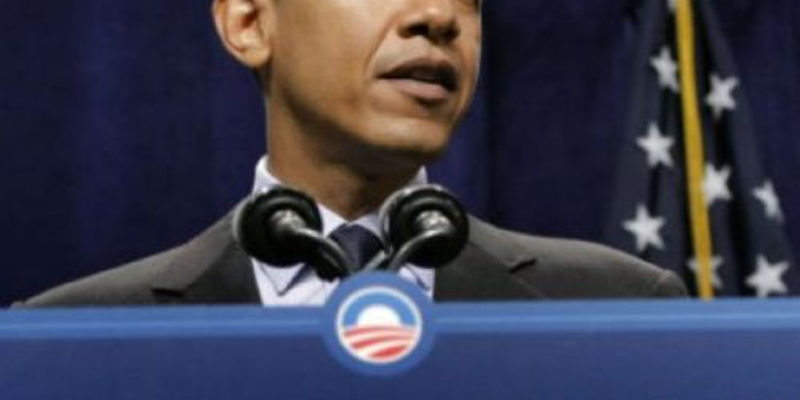 Perhaps you may have heard about this idiocy yesterday…

The Obama administration is working to forge a sweeping international climate change agreement to compel nations to cut their planet-warming fossil fuel emissions, but without ratification from Congress.

In preparation for this agreement, to be signed at a United Nations summit meeting in 2015 in Paris, the negotiators are meeting with diplomats from other countries to broker a deal to commit some of the world’s largest economies to enact laws to reduce their carbon pollution. But under the Constitution, a president may enter into a legally binding treaty only if it is approved by a two-thirds majority of the Senate.

Which they will never get, as something like this wouldn’t meet with the approval of the Mark Begiches, Mary Landrieus and Joe Manchins of the world, much less the Republicans who would surely displace them in the Senate if a fresh round of global-warming nonsense took center stage.

But that’s no hill for a stepper…

To sidestep that requirement, President Obama’s climate negotiators are devising what they call a “politically binding” deal that would “name and shame” countries into cutting their emissions. The deal is likely to face strong objections from Republicans on Capitol Hill and from poor countries around the world, but negotiators say it may be the only realistic path.

“If you want a deal that includes all the major emitters, including the U.S., you cannot realistically pursue a legally binding treaty at this time,” said Paul Bledsoe, a top climate change official in the Clinton administration who works closely with the Obama White House on international climate change policy.

Lawmakers in both parties on Capitol Hill say there is no chance that the currently gridlocked Senate will ratify a climate change treaty in the near future, especially in a political environment where many Republican lawmakers remain skeptical of the established science of human-caused global warming.

“There’s a strong understanding of the difficulties of the U.S. situation, and a willingness to work with the U.S. to get out of this impasse,” said Laurence Tubiana, the French ambassador for climate change to the United Nations. “There is an implicit understanding that this not require ratification by the Senate.”

American negotiators are instead homing in on a hybrid agreement — a proposal to blend legally binding conditions from an existing 1992 treaty with new voluntary pledges. The mix would create a deal that would update the treaty, and thus, negotiators say, not require a new vote of ratification.

Countries would be legally required to enact domestic climate change policies — but would voluntarily pledge to specific levels of emissions cuts and to channel money to poor countries to help them adapt to climate change. Countries might then be legally obligated to report their progress toward meeting those pledges at meetings held to identify those nations that did not meet their cuts.

So rather than having American diplomats and negotiators represent American law and policy to the world, the Obama administration is actively attempting to represent the world’s law and policy to America. Obviously this is not the first time this has happened, but when conservatives talk about Obama in terms of his being alien to the American experience and not committed to the country’s interests, this is how that manifests itself.

An American president, which Obama is not in any real sense of the word, would respect the fact that if two-thirds of the U.S. Senate simply will not ratify a treaty that treaty is a non-starter for his administration even to work on and if he’s going to faithfully execute the obligations of his office he has to oppose such a treaty.

Which is not to say Obama couldn’t work to make such a treaty palatable to two-thirds of the Senate. But by the time this UN carbon-emissions crap would be negotiated the Senate will likely have a Republican majority. Is Obama in discussions with Senate Republicans on what he could do that they would agree to?

As your teenage kids might say in a text message to you, LOL.

Look at how these people speak. If you cannot get the Senate to ratify a treaty (technically, passing a resolution of ratification), then the United States is not a party to that treaty. Period. Full stop. The Constitution is not iffy on this. This part is not a suggestion. There is no wiggle room.

There are a lot of nonsensical or highly exaggerated chain e-mails accusing the president of working with foreigners to subvert the U.S. Constitution. But this time you’ve got the foreigners and administration officials themselves confirming it on the front page of the New York Times!

“There’s a strong understanding of the difficulties of the U.S. situation, and a willingness to work with the U.S. to get out of this impasse,” said Laurence Tubiana, the French ambassador for climate change to the United Nations. “There is an implicit understanding that this not require ratification by the Senate.”

“The difficulties of the U.S. situation” is a reference the fact that we have a Senate that opposes the treaty.

Given the carnage Obama has already made of the U.S. economy, the only saving grace of which has been the renaissance of the energy sector in spite of his policies (Bakken, the Permian Basin, the Eagle Ford, Green River, Haynesville and Marcellus are all on private land and Obama hasn’t figured out how to stop drilling in those places), it’s difficult to imagine how anyone could continue to support this man if he were to completely violate American constitutional process in order to impose global policy on an unwilling public and an unwilling legislative branch.

This is the very essence of high crimes and misdemeanors.

Naturally, we might have a constitutional crisis well in hand long before this issue were to flower depending on what Obama decides to do in trying to impose an executive amnesty for millions of illegal aliens. But if that doesn’t put the true extent of his lawlessness and the threat he represents to our constitutional order on display, an unconstitutional power grab via a UN treaty next year would certainly do it.

Interested in more national news? We've got you covered! See More National News
Previous Article SADOW: Bossier City Needs To Get Out Of The CNG Fuel Business
Next Article EPA: ‘CO2 Regulations Are About Justice For Blacks’