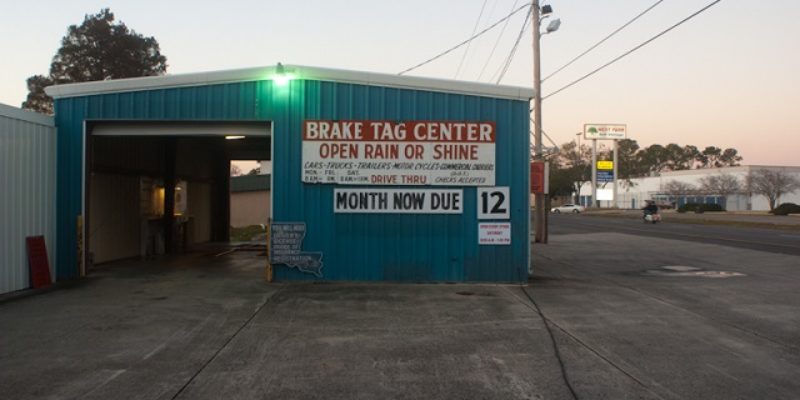 Some votes in the Louisiana House should be no-brainers, especially for legislators who claim to be Republicans and conservatives. HB 564 by State Rep. Richie Burford (R-Stonewall) which creates five-year brake tags for cars that are seven years old or newer is one of those bills.

The bill did not reduce the amount of the brake tag fee, it just merely eliminated the burden for owners of newer cars from having to get inspection stickers every year or every other year. The bill also exempted areas that have their own unique inspection programs such as the Baton Rouge area, New Orleans, and select cities in Jefferson Parish. But amazingly, not only was there a lot of debate on the bill, it drew 33 no votes.

Newer cars have all sorts of warning systems that warn of everything from low tire pressure to when it’s time to change the oil. Also the State Police can stop drivers whose brake lights are out and whose horns don’t work. The brake tag system is obsolete and now just serves the purpose of lining the pockets of both the state of Louisiana and select businesses. 32 states have ended the practice and Louisiana should join them.

Among the 33 nanny statists who didn’t want to pass this very modest reform included a few “Republicans.” Here are the names of the RINOs:

These 9 have abandoned their party’s committment to limited government and voted to keep in place a burden upon their constituents. Remember this in October when they’re campaigning as “conservatives.”

Interested in more news from Louisiana? We've got you covered! See More Louisiana News
Previous Article SEE UPDATES: Just To Symbolize How Bad This Session Is Conservatives, A Plan To Fund Medicaid Expansion Passes The House Unanimously
Next Article Here Are The 4 Republicans Who Sided With Cedric Richmond And Dems In Favor Of Late-Term Abortion