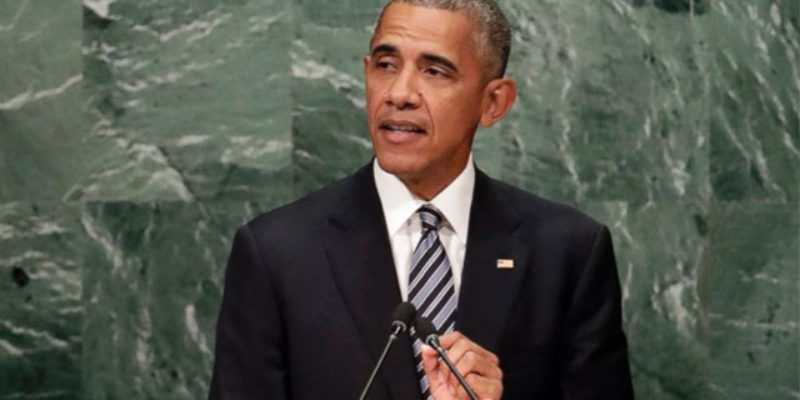 This is why we like Cruz. He’s unafraid, and he speaks the truth regardless of what it might cost him.

Cruz is still in poor odor with many in his own party for not kneeling to Donald Trump at the Republican convention, and it’s entirely possible he’ll have to fight tooth and nail against the party establishment for the rest of his career as a result (the guess here is all of that bad blood will recede after November, but you never know). And he’s hated in the Senate for most of the reasons he’s worthy of support from the American people who are sick of the good ole boy way business is done in that body.

So today, the president gave his final address to the United Nations and repeatedly trashed America and American sovereignty – suggesting a “course correction” to more globalism while voters more or less everywhere are demanding the brakes be slammed on, and using the international stage to take veiled partisan shots at Donald Trump.

It was a detestable performance, and perfectly on par with the entirety of Obama’s tenure with respect to foreign policy.

At the United Nations today, President Obama took to the podium to once again blame the United States for the woes of the world. He suggested our country is just one of many that need to get beyond the old divisions of nationality. He chided those who would limit the inflow of refugees from nations infiltrated by Islamic terrorists as ignorant bigots, predicted climate change would destroy countries and cause mass conflicts, and referred to Israel as an occupying power.

Mr. Obama would have done much better to use this opportunity to advance an American agenda, not a global one, and praise our nation as a model of liberty and tolerance. He should have called out oppressive regimes from the Russian Federation to the People’s Republic of China for denying their citizens basic political freedoms. He should have named the 2010 Nobel Peace Laureate Liu Xiaobo, jailed by China for peacefully advocating for reforms, and asked why he has not been freed. He should have challenged our Arab allies to join us in the fight against radical Islamic terrorism, a terrible scourge that threatens our very way of life. And he should have forcefully advocated for our great ally Israel, putting the United Nations on notice that the United States will do everything in our power to stop its serial persecution of Israel in that body, and forcefully prevent any unilateral attempts at statehood by the Palestinians.

Unfortunately, President Obama chose to deliver a lecture on the need to abdicate our sovereignty in the interests of abstract international norms. Ironically, that is the worst thing America could do for the world, which needs strong leadership to promote peace, not capitulation to an unelected, authoritarian collective.