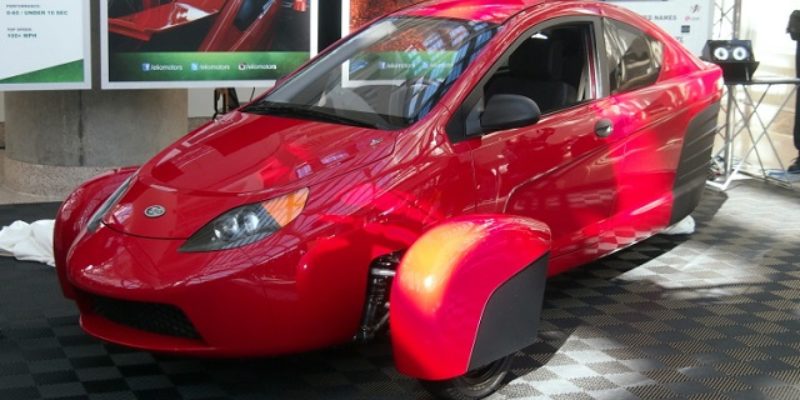 Remember Elio Motors? They’re the startup company that was supposed to build 3 wheeled cars in the old GM factory in Shreveport.

But it looks like Elio Motors is closer to bankruptcy than production. According to a SEC filing obtained by KEEL-AM, Elio Motors has a $123 million deficit. In addition, they are warning that they are on the verge of shutting down if they cannot obtain new financing.

Elio Motors recently pushed back the starting date of production from the Shreveport plant. They were supposed to begin production this year, but now they’re saying that it will be 2018. The original date to start production was back in 2014.

When the project was announced in January 2013, the state of Louisiana did not provide any upfront incentives as it would for a major, established company. But as Baton Rouge Business Report reminded us back in 2015, Caddo Parish did.

The promise of well-paying manufacturing jobs led Caddo Parish’s Industrial Development Board to bankroll—to the tune of $7.5 million in public dollars—the purchase of the former General Motors assembly plant, where Elio is subleasing space from Industrial Realty Group.

When Gov. Bobby Jindal and LED announced the project in January 2013, the state said it would provide Elio an incentive package that included workforce development assistance through the LED FastStart program, as well as a Competitive Projects Payroll Incentive that would provide annual, performance-based payroll rebates of 13% for each qualifying job for the first 10 years of operations. In addition, the company was expected to utilize the state’s Industrial Tax Exemption Program incentive, which provides a full abatement of local property taxes on new capital investments for up to 10 years.

Incentives are essentially bribes for businesses to come to Louisiana. Why does Louisiana have to offer them? Because the state is not business friendly.

Margaret Mire at The Pelican Post reminds us that in 2016, Louisiana is very business unfriendly compared to its neighbors.

Louisiana ranks as the 37th best state for business, according to Chief Executive’s 2016 Best and Worst States For Business report. Remarkably, the report ranks Louisiana 30 spots lower than it did last year. This represents the largest decline of any state in the nation.

[…]Meanwhile, most other southern states are rated more highly by CEOs.

Texas, Florida and Tennessee held onto their 2015 rankings among the top 5, as the 1st, 2ndand 4th best states for business. Alabama and Kentucky improved 4 spots from 2015, now ranking 20th and 24th best. And quite the opposite from Louisiana, Arkansas improved 10 spots from last year, and now ranks 23rd best.

Louisiana has been trending in the wrong direction. Governor John Bel Edwards and the Legislature have voted for billions in tax increases over the past two years. The vast majority of those tax increases have fallen on businesses. If anything, there is going to be still more pressure for additional tax increases because the budget crisis still has not gone away.

For decades, politicians in both parties have put the interests of a bloated state government over the well-being of Louisiana’s residents. The state has been focused on extracting as much money as it can from businesses, either in the form of taxes or bribes. As a result, the state became almost entirely a resource based economy. When oil prices plunged, so did the state economy.

Louisiana needs to build up its small businesses instead of chasing big companies and startups. The way to do that is by making the state more business-friendly through its tax code and regulations. The state should also roll back unnecessary occupational licensing and other artificial barriers to entry for wannabe entrepreneurs.

Instead of hoping that half-baked ventures like Ello Motors work out, we have to build our own future.

Interested in more news from Louisiana? We've got you covered! See More Louisiana News
Previous Article It Hasn’t Snowed Yet In Louisiana This Winter, But…
Next Article PATTERSON: Keeping Louisiana Competitive