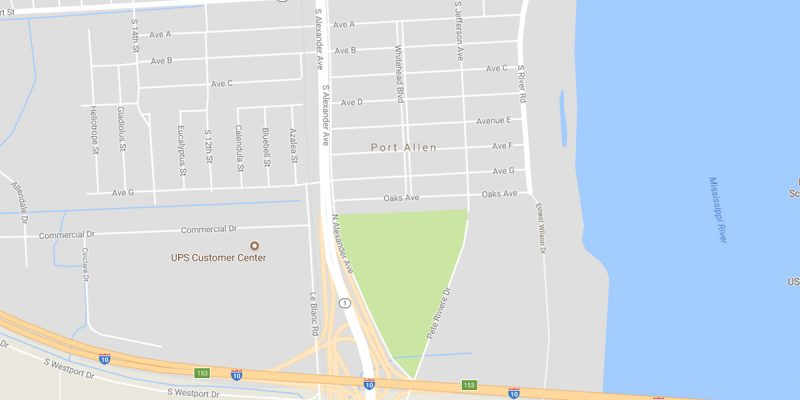 Since it’s a slow day other than police shootings and Roy Moore, and we’re bored with the Roy Moore stuff for now (when Gloria Allred comes on the scene it’s officially boring), we have this story of motherhood and public indecency from Port Allen, the lovely burg just across the river from Baton Rouge…

This isn’t an earthshaking story, but it’s an indication of something we see more and more of.

Namely, the antisocial attitude – a distinct lack of class coupled with an obnoxious sense of entitlement.

It used to be common to take the position in one’s daily life that one would refrain from doing things amounting to an imposition on others. That meant you’d ask those around you “Mind if I smoke?” before lighting up, or that if you could you’d use a urinal two stalls away rather than the one next door to someone who was already there, or that you’d let someone go in front of you in line to check out at the grocery store if they only had a few items and your cart was full.

Much less whip out a mammary and start breastfeeding a kid right there in the school office in full view of God and everyone.

And yet that’s exactly what this woman does, and doesn’t even bother covering up even when she’s asked to – and even gets defiant when the principal offers her the use of his office so as to afford some privacy and decorum to everyone involved. That’s a terrific solution and it’s rebuffed completely.

And more, she insists on putting the whole thing on video with Facebook Live.

Is she right about the law which says she can breastfeed anywhere she wants? Apparently. That isn’t the point, of course – just because it’s legal to do a thing, that doesn’t mean it’s proper or advisable to do that thing. Decent people would look for a private place, if one is available, to take care of something like breastfeeding a kid. If no such place is available, covering up is a good idea. This one makes more of an effort to document how they’re violating her “rights” than to mitigate the imposition on the school employees she’s inflicting.

And the coup de grace is this woman now filing a complaint with the state about how she was “treated” by the employees at that school in Port Allen she put on that show for.

Does anybody else notice the increasing connotation of the word “public” with “awful” in this country? It’s episodes like this which are why we can’t have nice things.

Interested in more news from Louisiana? We've got you covered! See More Louisiana News
Previous Article Now We’ll Have The Calvin Toney Protests, Apparently
Next Article Here Are Some Of The Anti-Police Morons Tweeting About Calvin Toney