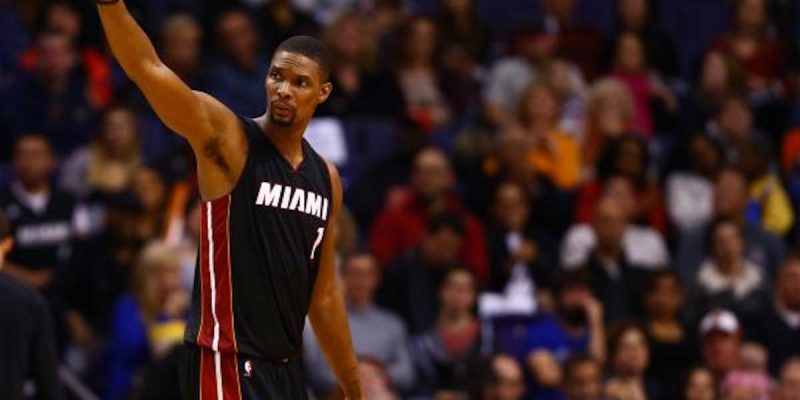 A home owned by NBA player, Chris Bosh, was the target of a recent police drug raid located in the gated community of Desoto, Texas in Dallas County.

Police stated that they received reports about a heavy amount of traffic in and out the house and possible drug related activity.

TMZ alleges it broke the story about the connection between Bosh’s mother Freida, “as a suspect in an alleged crack cocaine and heroin trafficking operation based out of the home Chris owns in DeSoto, Texas.”

On Tuesday, a covert sting operation was conducted to obtain evidence. Investigators bags with cocaine residue, marijuana paraphernalia, burned joints, and mail with Freida’s name on it in the trash. On Friday a search warrant was executed. Sgt. Nick Bristow told the local news: “We interviewed three or four separate people at the residence this morning at the time the warrant was executed, but as of right now no arrests have been made.”

TMZ reported that one of the suspects has a rap sheet including charges of violent crime. He was arrested for allegedly shooting a someone in the face during a drug deal gone wrong.

According to TMZ Sports, Chris Bosh is not a suspect. His only connection is that he owns the home allegedly being used for drug trafficking.

So why and how did his mother get involved in a drug trafficking operation?