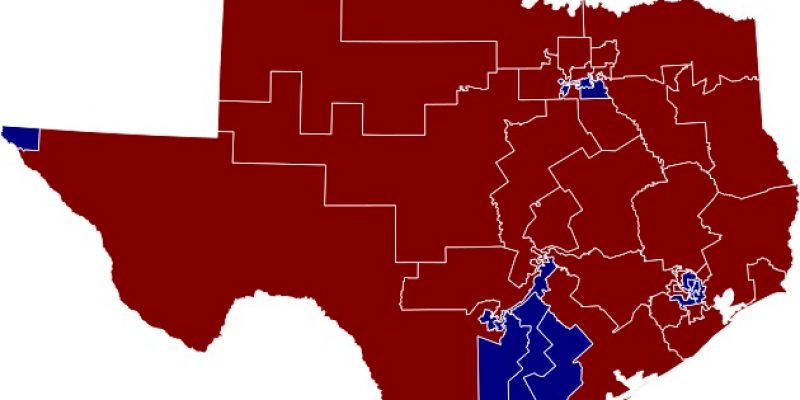 The Texas Republican congressional delegation is facing its biggest midterm election in 25 years. According to records from the Texas Secretary of State’s office, a Democrat is registered to run in all of Texas’ 36 congressional districts, which hasn’t happened in 25 years.

The number of Democrats entering the election is aided by the retirement of a record number of Texas Republican Congressmen, and a loss of 156 years of Congressional seniority. Eight open seats allows for a potentially large turnover.

Still, the majority of Texas is Republican. Texas hasn’t had a Democratic U.S. Senator since Lloyd Bensen was reelected in 1988. Its 11 Democratic congressmen and women primarily represent Houston and San Antonio and their surrounding areas. The rest of the state is Republican, whose representatives hold 25 of Texas’ 36 congressional seats.

We’re still a long way off from Election Day, but running authentic, grassroots campaigns in every single district in Texas is how we finally give all Texans a real choice next November.”

One grassroots group that emerged after President Trump’s 2016 victory is Indivisible Austin, which has roughly 10,000 email subscribers. Its initial focus was anti-Trump but now it’s prioritized advocating for DACA, transgenders using any and all bathrooms, and protesting against the border wall, deportation, and compliance with federal immigration laws.

The big push by the Democratic Party to turn Texas blue may not be realized this year, one election expert argues. University of Texas political science professor and director of the Texas Political Project, James Henson, told PBS it’s unlikely that Texas will turn blue in 2018:

Republicans are still in almost every sense the superior party here. Democrats still have a big hill to climb. It’s an off-year election, and the electorate here and elsewhere is much more Republican in terms of who turns out.

To be sure, liberal donors are hesitant to give money to campaigns that don’t have a good chance of winning, especially in a red state, counties and districts.

Texas is a Republican state with a number of strong GOP candidates in the field. We’re confident the Texas delegation will be welcoming a big crop of talented new Republicans in 2019.

The outcome of 36 seat up for grabs could mean a more diverse composite of Texas’ population, which would alter its historically white male representation.