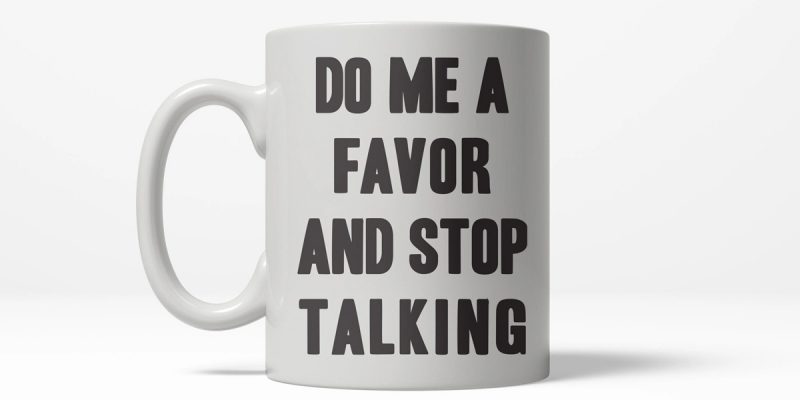 We’re talking about the Senate District 33 race, which is the one for the Monroe-based seat which has been held for the last dozen years by Mike Walsworth. It’s a rock-solid conservative Republican district which went 70 percent for Donald Trump in the 2016 presidential race, and 72 percent for John Kennedy in the Senate race that same year. Walsworth, who is wildly popular there, was one of the state’s best conservative senators. There are two contenders to replace Walsworth – Stewart Cathey, who we’ve had a few Hayride posts about over the course of this campaign as he’s produced a couple of campaign spots which are among the best of this whole cycle, and Wade Bishop.

Cathey has pulled in the endorsements from a lot of the conservative stalwart organizations and business trade groups out there, like for example LABI, the Louisiana Homebuilders and LOGA. Bishop has a few endorsements as well, perhaps most notably from LABI, who co-endorsed both, and from the Louisiana Hospital Association. Bishop has some associations with John Bel Edwards inner circle types – lobbyist Ty Bromell, for example, is a confidant.

Both are Republicans. It might be said one is better at it than the other. We’re not saying that. The general feeling we get is Bishop would be a pretty good conservative in the Senate. We’re fans of Cathey, and we love his two TV ads, but that doesn’t make Bishop a bad option.

But it has been said that Bishop isn’t the conservative Cathey is. It was said by the Louisiana Committee for a Conservative Majority, and it continues to be said in mail pieces and other messaging LCCM is dropping in District 33. 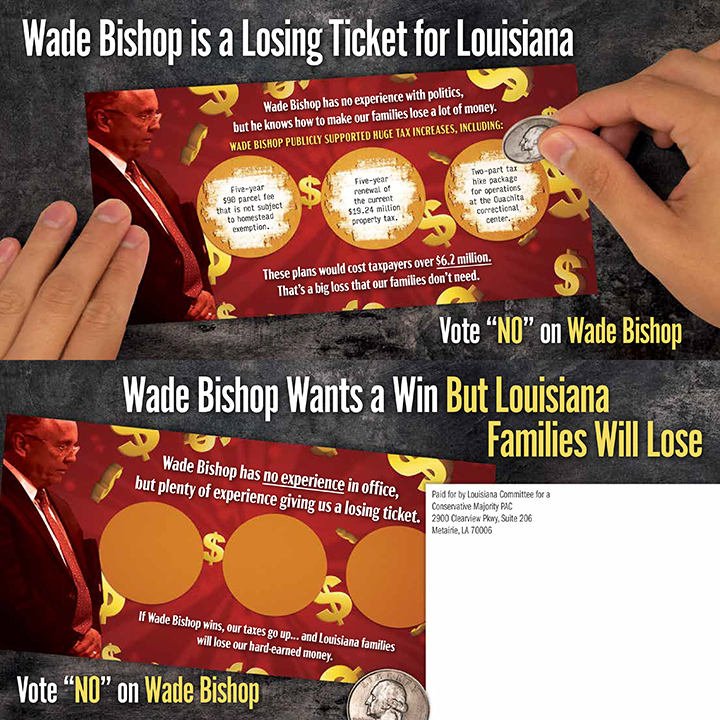 And this one, which has a bit more significance than the others (more on that in a minute)… 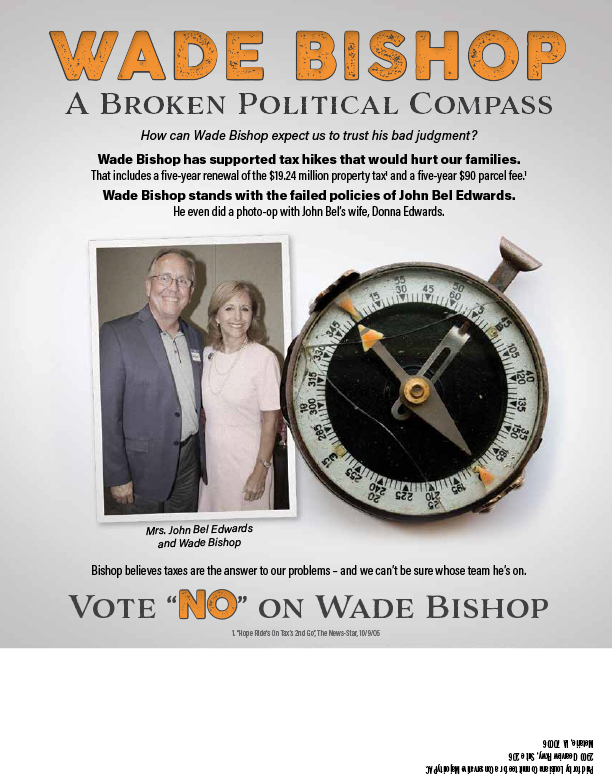 Needless to say, LCCM’s shots at Bishop have gotten under his skin, and he did something last night which could be a case study in campaign politics…

Before we get into this, let’s remember something – District 33 is Mike Walsworth’s district, and it went 72 percent for John Kennedy – who is the co-chairman of LCCM – and 70 percent for Donald Trump.

It’s fair to say that voters in that district who know who the Louisiana Committee for a Conservative Majority is, are mostly not opposed to LCCM. It’s also fair to say voters who don’t know who LCCM is but can read their name are also mostly favorable to the mission that name implies.

In other words these are conservatives who generally aren’t fans of John Bel Edwards or tax increases, and are prepared to vote on those preferences.

With that said, here is Bishop going on Facebook and giving publicity to LCCM’s mailer hitting him as a tax-raiser who pals around with Edwards’ wife, which serves to increase the visibility of a mail piece most people are as likely to toss in the trash as to read it.

And giving a perfect demonstration of the old adage that “if you’re explaining, you’re losing.”

There is no particular sin in taking a picture with Donna Edwards, who by all indications is a very nice lady. Problem is, Bishop claims the event at which he took that photo was a sex trafficking fundraiser. We actually found an invitation to the event and we’re not sure that’s true… 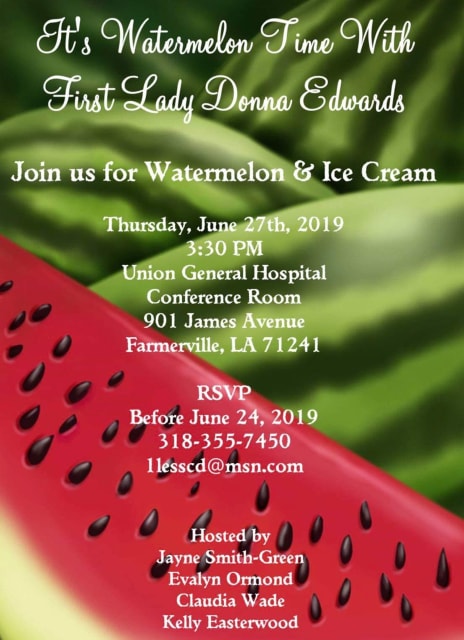 It’s best not to get into the weeds, especially when folks can fact-check you and keep you there.

But the big problem here is that it’s an LCCM mailer he’s complaining about in a 72 percent Kennedy district. He’s asking people to go back and find LCCM’s mailer in their gigantic stack of junk mail, which means they’ll be reading the fine print in the ad and will therefore find out that it is, in fact, a mailer from the organization co-chaired by John Kennedy and Jeff Landry.

Who the majority of them will really like. And maybe then say, “Well, if LCCM doesn’t like this guy I guess I don’t like him either.”

It doesn’t matter whether the attack is fair or not. Really, it doesn’t. There will be 40 things on the ballot in that district and voters don’t have time to sort through whether LCCM was overly mean to Bishop. A good adage to follow here is that if you want to be a politician, you’re going to have to make your peace with the idea that nobody gives a damn about your problems.

What he’s just done is amplify LCCM’s message that they like Cathey more than Bishop. And that will very likely do more harm than good. Particularly when the messaging they’ve seen from Cathey is about educating kids and getting them job opportunities so they don’t leave, and bringing back industry that has been leaving northeast Louisiana for decades. Cathey looks like the guy with a bold vision for the future and Bishop looks like the guy who spends his time on petty crap nobody but him and his family could give a flip about.

Why Bishop’s consultant allowed him to go on social media with that video is beyond us. You want to minimize the damage from LCCM running messaging against you, not make it worse.

Bishop will be really lucky if Cathey doesn’t do his own video saying “No, I didn’t attack Wade Bishop. That was LCCM, which is the organization Jeff Landry and John Kennedy co-chair, and both of us had an interview with them before they endorsed, and they picked me over Wade. And while I haven’t attacked Wade and don’t plan to, what I will say is LCCM is pretty awesome when it comes to working to get conservatives elected to the legislature, and if they think I’m one of them, well…that’s awesome too.”

Especially now that Bishop has called Cathey out for a mailer from a third party whose support Bishop tried to get.