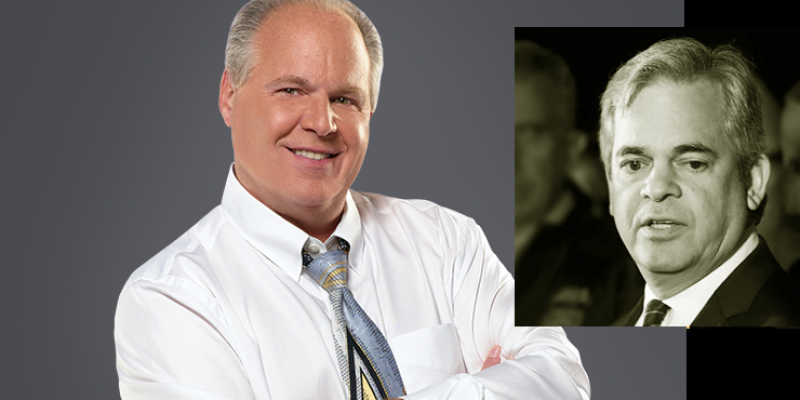 Rush Limbaugh addressed what he considered to be hysteria over COVID-19 and that it may be coming to an end with a partial stock market rebound following a record dip on Monday.

“But I have a sense it’s on the way down. Here’s another reason why. You know, some of these leftists, you can count on them to go overboard,” Limbaugh said. “So we’ve got the coronavirus, and now there are cancellations of conventions and gigantic meetings of people congregating in one place.”

Case in point, Limbaugh noted: the annual South By Southwest (SXSW) music, tech, and education festival held in Austin each spring, which the mayor canceled by executive order. This was followed by a ban on events drawing in 2,500 or more, and sweeping review powers by city health officials.

“Oh, yeah, it’s too dangerous. People are coming from all over the world. We can’t stand it. We can’t take the chance. And guess what now? Because he did that, nobody in Austin, Texas, is going outside to do anything,” Limbaugh said, before mentioning an apparent about-face:

“And now the guy’s begging people to go outside. He’s begging people to patronize local businesses. His name is Steve Adler. And he’s issued a plea for people that live in Austin to go out and physically patronize area merchants and businesses and artists in order to help alleviate some of the pain that will be caused by the cancellation of South by Southwest.

“Now, if it’s okay for residents of Austin to go out there and patronize artists and poets and composers and filmmakers and whatever else, then why did South by Southwest have to be canceled?”

From the hip: The crowds are still coming, official cancellation or not.

There are now grassroots-led efforts to turbo-charge the massive number of unofficial shows and events around the city, and to encourage Austinites to hit up bars, restaurants, and entertainment venues to make up for the losses incurred by the SXSW cancellation. Plane tickets are not being canceled and visitors are still coming to the Capital City of Texas. To that, Mr. Limbaugh is correct.

There have been many speculations for Adler’s move: a loophole to wiggle out of contracts with large vendors following the exodus of various tech giants has been suggested. Whatever the reason, Adler’s double standard has reached a national audience and will be noted as the inevitable Spring Break crowds descend on Austin sans an outright quarantine of the city.