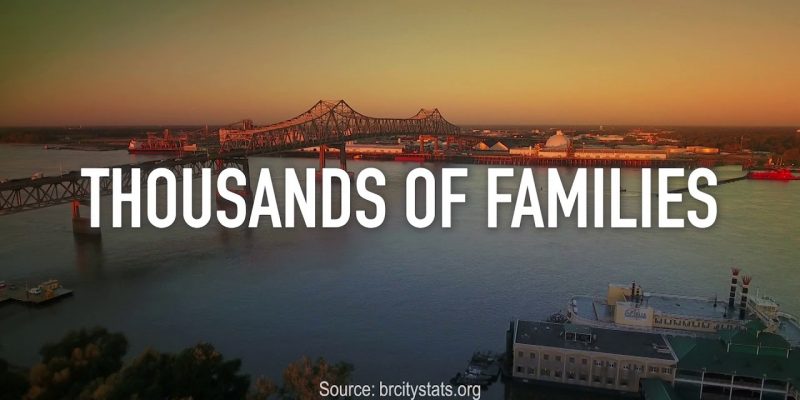 It’s no secret that Sharon Weston Broome has been an ABSOLUTE FAILURE as Mayor of Baton Rouge. That can’t really be denied at this point, can it?

She’s presided over a city with unprecedented rises in crime and considerable outmigration by its citizens. Just look at the city’s murder and violent crime rate, after all, and what that number has grown to in 2020…

Heck, some Baton Rouge citizens even felt so strongly about her governance that they created an entire new town just to get out of the grasp of Broome’s Baton Rouge. Whatever you might think of the city of St. George, you’ve got to agree that people don’t try to incorporate a “breakaway” city in a place where things are going well.

This simple truth – that Broome has fiddled as Baton Rouge burned – is the reason that the PAC Red Stick Forward has put out this savage new ad. The ad covers all the troubles that have plagued the Bayou State’s capital city. It’s a 30-second indictment of the worst mayor the city-parish has ever had.

From the uptick in murders to the downward trend in business growth, BR needs a change in the Mayor’s office.

Watch the ad below for more and share with all of your Baton Rouge friends! We need to make a statement in this runoff and fire Broome – as the ad says – before it’s too late to save Baton Rouge from the downward spiral the city is beginning to enter. Once this kind of urban decline starts, it’s all but impossible to stop it, and this really is our last chance at a bright future for Baton Rouge.