Please join us for a luncheon on Friday, March 26 at the Plimsoll Club in the Westin New Orleans Canal Place Hotel. Our featured speaker will be Quin Hillyer of the Washington Times and American Spectator.

From a controversial decision to drop a voter intimidation case against the New Black Panther Party to numerous decisions on how to treat terrorist detainees, and on a variety of other issues, Eric Holder’s Justice Department has staked out positions farther left than any before it. Quin Hillyer has broken a number of these stories for the Washington Times and will report on the latest developments.

RSVP now for this special event!   (RSVP on Facebook)

Featured Speaker
Quin Hillyer, a senior editorial writer for the Washington Times and a senior editor for The American Spectator magazine, has won awards for journalistic excellence at the local, state, regional and national levels. Hillyer also has worked in professional or volunteer capacities in dozens of political campaigns, and served for five years as press secretary for U.S. House Appropriations Committee Chairman Bob Livingston of New Orleans. He was an original executive board member of the internationally acclaimed Louisiana Coalition Against Racism and Nazism, formed to halt the then-meteoric political rise of former Ku Klux Klan leader David Duke. Hillyer is a cum laude graduate of Georgetown University, and is a Fellow of the Loyola University (New Orleans) Institute of Politics and of Leadership Coastal Alabama. 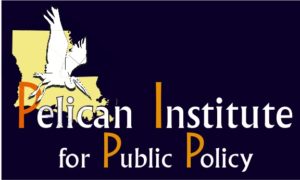