This weekend’s revelation of what Harry Reid really thinks about Barack Obama – namely, that he’s a “light-skinned” black man “with no Negro dialect, unless he wanted to have one” – have shone a bright light on the quality of people in charge of our country.

And the quality of our discourse as well.

Reid’s statements, made during the 2008 campaign and divulged as reported in an as-yet-unreleased book, aren’t on their face all that horrible. Obama is, in fact, a light-skinned individual of African descent; in fact, it is accurate to call him half-white. He is. Obama also is capable of turning on and off the African-American cadence in his speech. So what Reid said actually was true. And it probably shouldn’t be the colossal scandal it has become over the last 24 hours; were it not for the absurd kabuki dance we are required to go through with respect to race this wouldn’t even be worth discussing.

But America’s “intellectual elites” have constructed a restrictive regime which all Americans must follow on matters racial, and Reid has run afoul of it. And Reid’s political enemies are well within their rights to call for his ouster as Senate Majority Leader; after all, Republican Trent Lott was forced to resign Reid’s current position for a similar brush against political correctness in 2002. Lott was merely trying to say something nice about Strom Thurmond’s political career upon the old man’s retirement, and by the time his statements had been fully construed in the left-wing media he was a raving segregationist who could no longer effectively govern the Senate.

So the fireworks over Reid’s gaffe are simply sauce for the gander. And while Reid’s Democrat allies are rushing to his defense, the current controversy will be milked dry by Republicans who are fully justified in assaulting Reid for his litany of past misdeeds. As such, Republican National Committee chairman Michael Steele has called for Reid to step down, citing a double standard which would allow Reid to apologize and force Lott to resign.

What makes this controversy particularly delicious is that barely a month ago Reid was on the floor of the Senate calling critics of Obamacare racists and defenders of slavery:

The fact is, regardless of Reid’s views on race – and it looks like he’s another left-wing bigot like Joe “Clean, articulate” Biden – the Nevadan’s real crime is that he’s a complete jackass. Reid has shown through his long career in the Senate that he’s not particularly intelligent, lacks integrity and will throw principle aside for the slightest advantage, and those qualities, it appears, are the very traits which have earned him his position.

The good news is whether this current tempest eliminates Reid from the spotlight, his time is short in power. A new poll by the Las Vegas Review-Journal finds his disapproval rating at a staggering 52 percent (with only 33 percent approving), and Reid loses to all three Republican challengers by more than the margin of error – Sue Lowden beats him by a 50-40 count, Danny Tarkanian by 48-41 and Sharron Angle 45-40. He is, in all likelihood, dead in the water.

The question is, will Reid’s gaffe do anything to damage Obamacare? Time will tell. Democrat pollster Doug Schoen told National Review today that it’s “hard to see how his ability to produce and promote compromise on health-care and other contentious issues (e.g. cap-and-trade and immigration) will not be at least somewhat undermined by his latest gaffe.”

UPDATE: According to this chart nothing will come of the Reid gaffe: 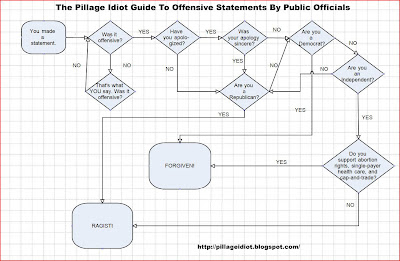