The Renaissance Hotel on Bluebonnet Blvd. will be the scene of the 2022 Hayride Baton Rouge dinner on May 4.

And what a program! Speakers for this year’s Baton Rouge dinner include…

Having Griffon as a speaker for a Hayride event is a long-overdue happening we’re overjoyed to produce, as Griffon has been the pre-eminent conservative talk host in Louisiana for many years. And of course Liz Murrill has argued five times in front of the U.S. Supreme Court on behalf of the state of Louisiana; she’s a candidate for Attorney General in next year’s elections. Laurie Schlegel is a first-term legislator from Metairie who took over after winning a special election to replace Charles Henry; she’s rapidly built a reputation as one of the brightest stars in the legislature. 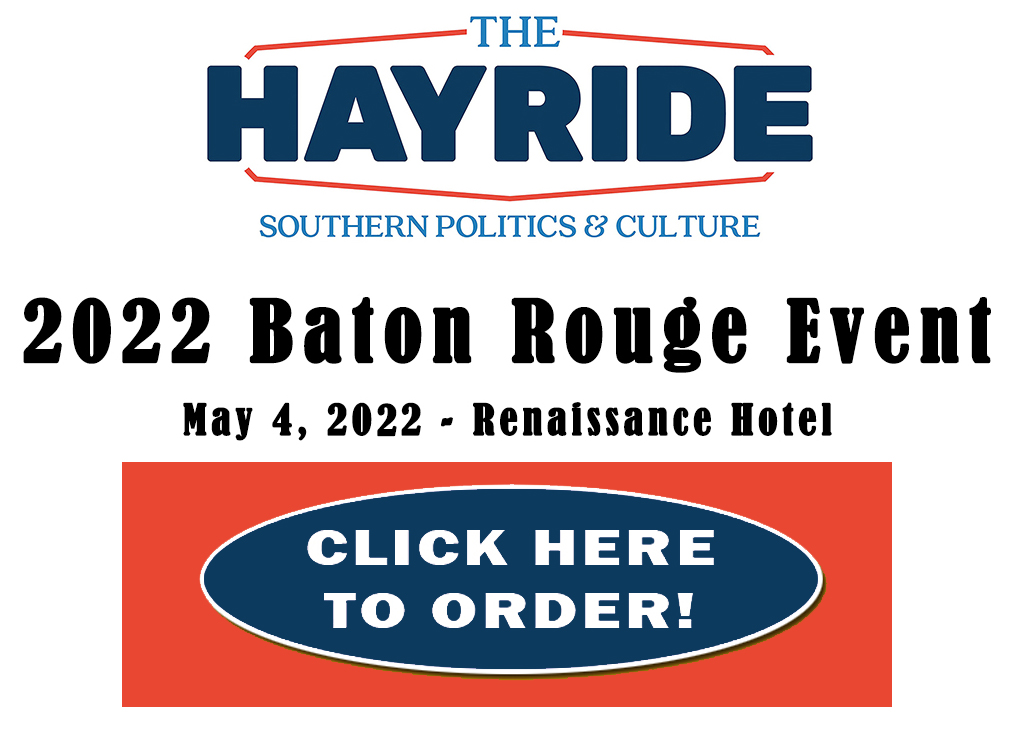