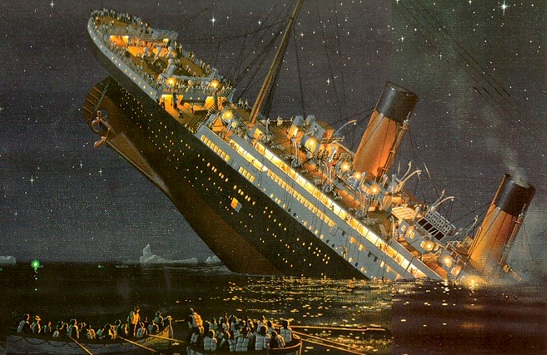 Have you noticed all the warnings lately about how the runaway deficits and debt were going to bankrupt the federal government? Well, here comes the first step; Treasuries aren’t the cheapest yields anymore, as some corporate bonds are now “piercing the sovereign ceiling.” From Bloomberg:

The bond market is saying that it’s safer to lend to Warren Buffett than Barack Obama.

The $2.59 trillion of Treasury Department sales since the start of 2009 have created a glut as the budget deficit swelled to a post-World War II-record 10 percent of the economy and raised concerns whether the U.S. deserves its AAA credit rating. The increased borrowing may also undermine the first-quarter rally in Treasuries as the economy improves.

“It’s a slap upside the head of the government,” said Mitchell Stapley, the chief fixed-income officer in Grand Rapids, Michigan, at Fifth Third Asset Management, which oversees $22 billion. “It could be the moment where hopefully you realize that risk is beginning to creep into your credit profile and the costs associated with that can be pretty scary.”

At The Corner, Nicole Gelinas sounds a hopeful note about the market’s resilience in the face of the debt:

Companies that “pierce the sovereign ceiling” are usually firms that, though based in the third world, generate ample foreign-currency revenue through their international operations, thus somewhat insulating themselves from home-government risks such as inflation and expropriation.

Berkshire Hathaway, Procter & Gamble, and Johnson & Johnson, three of the four U.S.-based companies that Daniel mentioned as having been able to issue debt recently at cheaper rates than the U.S. government could, certainly fit that bill. All do a great deal of business abroad. By doing so, they diversify themselves away from U.S. government policies.

Piercing the sovereign ceiling is an invigorating example of how markets, against all odds, can fight government to fix the imbalances that government has created in its rescues of financial firms.

…The tables are turned. Once, financial firms had an advantage over the rest of the economy because of their access to government coffers. But now, investors are starting to think that the value of that access is diminishing.

Gelinas might well be correct in that the productive economy may be winning over the fake economy. The question is, in an America where the federal government drowns in interest payments on debt it can’t issue without exhorbitant yields, what kind of prize is on offer?