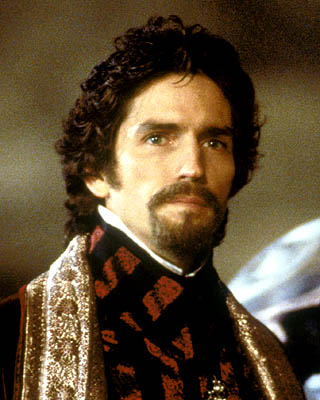 But he does come off as a pretty good Edmond Dantes nonetheless. And after a figurative banishment to the Louisiana legislature’s Chateau D’If, in which Schroder found himself bounced off the House Appropriations Committee by Speaker Jim Tucker in retaliation for the unpardonable sin of voting for someone else other than Tucker’s hand-picked candidate for the Speaker Pro Tempore job, thanks to the latest bombshell investigative report by Fox 8 New Orleans’ Lee Zurik Schroder might end up coming back to haunt Tucker as a latter-day Count of Monte Cristo.

Northshore State Representative John Schroder did more than question the numbers we showed him. He criticized the Legislature for what he thinks is allowing the number of employees and the salaries paid to them get out of hand.

“I don’t think it’s good. If I’m a taxpayer at home, I’d question it,” Schroder said. “If you go down the list and go down those salaries you shown me. I’m in the wrong business.”

Last year alone, four employees of the House and Senate made over 200-hundred thousand dollars.

“You just can’t have an unlimited ceiling on salaries and that looks what we’re doing,” Schroder said.

The astronomical salaries found by Zurik are generally the result of gradual pay raises over the course of 20-25 year careers, Tucker said, and a decent-sized portion of the pay comes from overtime. Tucker also said that on the House side he’s held the line on staff size and pay in the two years he’s been Speaker, which is true. But Schroder, who might be the pre-eminent fiscal hawk in the state legislature, argues that at some point it’s gratuitous to keep doling out raises for legislative staff making already-gigantic salaries, and that when those staffers are already making six-figure incomes the idea of overtime is inappropriate.

There are two relatively reasonable points of view here. Tucker – and for that matter, Senate President Joel Chaisson (D-Destrehan) – didn’t create this problem; he inherited it from the old-line legislative leadership who ruled the Capitol before the advent of term limits. And it’s hard to argue with the logic which says the current salaries are built over long periods of service; most people even in the private sector expect to get a little bit of a raise each year if things are going well and they’re doing a good job.

But when the state’s budget is in the hole to the tune of a billion dollars and folks are scrambling to try to figure out where the fat is, having secretaries making 95K and 41 members of the legislative staff drawing six-figure salaries is going to be a scandal regardless of how long they’ve been around. When you’re a billion in the hole, you’re in no position to continue paying 200K a year for staffers that Georgia and Tennessee are getting by paying 120K or 140K for.

So Schroder wins this round. And while the conventional wisdom says that his political career is imperiled due to Tucker’s Nancy Pelosi-style tap dance on his head on the Appropriations Committee and the controversy he’s generated about state worker pay – controversy which brought to light his vote as a rookie in 2008 in favor of a legislative pay raise, which he has said was a regrettable mistake – his efforts in helping to bring a staggering waste of state dollars to light could put him back on the political map. It’s not exactly the treasure of Monte Cristo, but it’s better than nothing.

And now that Tucker is on the hot seat as one man responsible for what will be considered grossly out-of-line salaries for legislative staffers, he might consider that perhaps he should have listened to those who asked him not to come down so hard on his Republican colleagues who didn’t go his way on the Speaker Pro Tem vote.