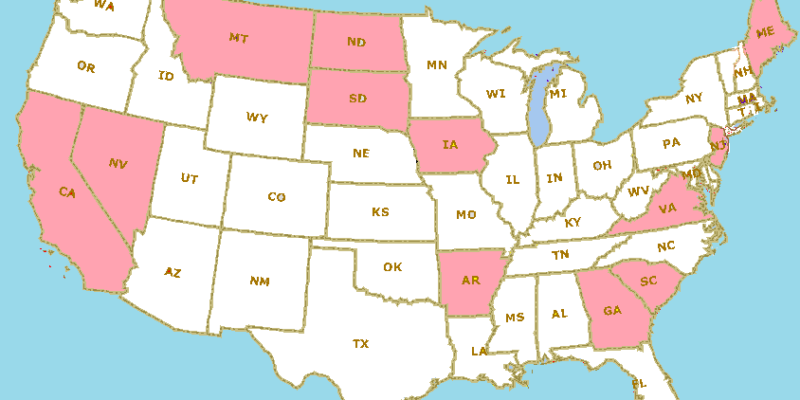 This upcoming Tuesday will be one of two “Super Super Tuesdays” between now and the November elections (the other will be on September 14). Ten states will be holding primaries, while Georgia is holding an all Republican Congressional special election, and Arkansas is holding runoff elections. Below are the major races we will be watching Tuesday night:

South Carolina – We are watching the GOP primaries for Governor and for the 4th Congressional District (centered on Greenville and Spartanburg). In the Governor’s race, state representative Nikki Haley, who is of Indian descent, is the “new face” in this race and has received Sarah Palin’s endorsement. Recently, the complexion of the race changed when both a blogger and a lobbyist claimed to have had an extra marital affair with her. In response, not only did Rep. Haley heatedly deny the allegations, but has upped the ante by offering to resign if either of the two accusers has any proof. Meanwhile,  in the House race, four Republicans are  attempting to unseat 12 year incumbent Bob Inglis by using his TARP vote and his opposition to the troop surge under President Bush as evidence that he is insufficiently conservative.

New Jersey – in the Philadelphia suburbs, offensive lineman Jon Runyan is one of several pro football players running for Congress this year. He first must face a primary opponent before can take on freshman Democrat John Adler, who was elected in this 52% Obama district.

Of the 12 statewide contest occurring on “Super Tuesday”, we are most interested in both the Senate Democratic runoff and a House Democratic runoff in the Arkansas Delta. The Senate race is an “establishment versus insurgent” race featuring 12 year Senate incumbent (with 6 years of House service before that) Blanche Lincoln against Lt Governor Bill Halter. In the primary, not only was Sen. Lincoln forced into a runoff, but she limped into the runoff with an anemic 45-43% lead. Since then, she has attempted to tie herself to President Obama and former President (and Arkansas native) Bill Clinton, while Lt Gov Halter, with labor and liberal funding, has recently blasted her for the contributions she has received from BP. Two recent polls show Halter with a 3-4% lead over Senator Lincoln; one of those polls not only showed a 49-45% Halter lead, but also noted that the 12% who voted for the third candidate currently favor Halter by a 10 point margin. The winner of the runoff faces Rep. John Boozman in the general – Boozman won his primary outright and thus has a headstart on either Democrat. In the Arkansas Delta, you have a combination of “Clinton factor” and “Parker Griffith factor” at play here. One of the runoff candidates (Chad Causey)  is the former chief of staff for the retiring Congressman, and while he finished second in the primary with 27%, he has been endorsed by former President Clinton and two of the “also rans” in the primary. His strategy in the runoff has been to attack the front runner (Tim Wooldridge, who received 38%) for being a “pseudo Republican” in the legislature, and to suggest that Wooldridge might switch to the Republican party (like defeated incumbent Parker Griffith of Alabama) if he were to be elected to Congress.

Iowa is one of several states (the others are California and Oregon) where a former governor is seeking his old job. 16 year incumbent Terry Branstad  (who was also lieutenant governor before being governor for four terms) is running against a more conservative candidate, business executive Bob Vander Plaats. Equally as interesting as the attempted comeback are the conservative endorsements each has received. Vander Plaats has endorsements from James Dobson and Chuck Norris, while Sarah Palin has endorsed the former governor. The winner of the GOP primary takes on incumbent Democrat Chet Culver, who is thought to be one of the more vulnerable incumbent governors.

The Republican primaries for Senate and Governor are our focus in Nevada. In the Senate race, three Republicans are battling for the right to take on 28 year Congressional incumbent (24 years in the Senate and 4 years in the House) Harry Reid. The early front runner, casino executive Sue Lowden, stumbled when she suggested that patients could barter with their doctors to reduce healthcare costs, and that people once used chickens as payment during the Depression. The beneficiary of the gaffe,  small business manager Sharron Angle, has surged to a lead in the polls with the support of Tea Partiers and the Gun Owners of America. Meanwhile, in the Governor’s race, embattled incumbent Jim Gibbons (who has faced numerous personal and political scandals) faces the very real possibility of losing his own primary against former Attorney General Brian Sandoval. The winner will take on Harry Reid’s son, who is the likely Democratic nominee.

The last state to be reporting its results Tuesday night will be California. We are following contested Republican primaries for Senator and Governor, as well as party primaries for two House races.

The common theme of the GOP primaries for Senator and Governor is that each race involves wealthy female executives (eBay’s Meg  Whitman for Governor and HP’s Carly Fiorina for Senate) dominating in each of their respective primaries. Assuming they are both victorious Tuesday, they will in the general election face either 18 year Senate veteran Barbara Boxer or former governor (and 1992 Presidential candidate) Jerry Brown.

Two contested Congressional primaries also have our attention. In Los Angeles, 18 year incumbent Jane Harman is getting a primary challenge funded by liberal groups angry at her support of the Iraq war and her record on homeland security issues. Rep Harman has retaliated by enlisting the aid of Israeli advocacy groups, and by running ads accusing her opponent of “living in a bubble” by opposing President Obama’s Iran policy and for being anti Israel (Los Angeles has a large Jewish population). Meanwhile, in the Los Angeles suburbs, 12 year GOP incumbent Gary Miller is under attack from CPA Phil Liberatore for all of his bailout votes (including TARP), and Liberatore has invested $500,000 of his own funds in the campaign. Could Rep. Miller be the next House incumbent to be defeated over his TARP vote ? Or, to put it in Liberatore’s words, “…going to Washington and voting for the TARP bailout bill with Barney Frank and the liberals…” We will find out Tuesday night.