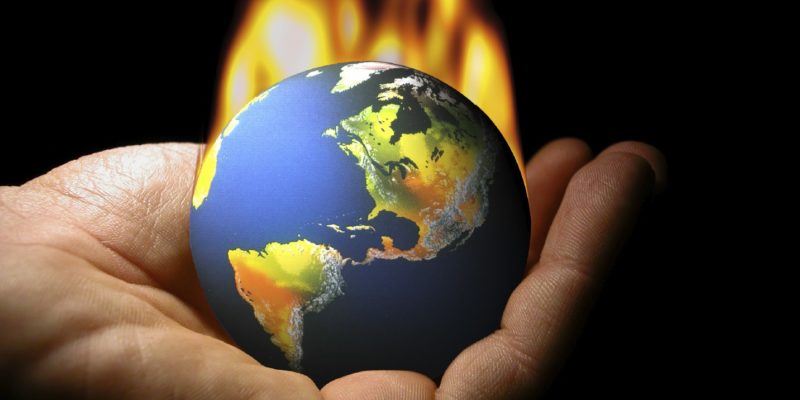 You’ll remember the scandal within the scientific community of the global warming movement, or more specifically the anthropogenic (“man caused”) global warming movement.  Hacked and released emails exchanged by the scientists involved revealed willful dismissal of noncorroborative data, of collusion among researchers, and of forcing favorable results while concealing unfavorable results.  Their findings were all “peer reviewed,” a practice within the scientific community that provides credibility for the conclusions, but the emails provided evidence that the peers were carefully chosen from a known body of like-minded scientists.

The scientists most deeply involved, at the core of the movement and the controversy, have now been investigated and their work examined, and they have been found “not guilty,”

First up was Michael Mann, a paleoclimatologist at Penn State best known for the “hockey stick” graph that showed a rapid escalation of global temperatures in recent years.  There were four distinct allegations of wrongdoing by Dr. Mann, but three were dismissed without investigation due to a “lack of credible evidence,” to which Richard Lundzen of MIT responded, to the investigative committee, that “these issues are explicitly stated in the emails.”

He was exonerated by a faculty review on the grounds that he is a distinguished scholar, a successful fundraiser for faculty research, and a man highly admired by his peers.  How could he be guilty of any academic impropriety?

We can’t make this stuff up, but should you think we do, see this excerpt from the investigative committee’s report –

This level of success in proposing research, and obtaining funding to conduct it, clearly places Dr. Mann among the most respected scientists in his field. Such success would not have been possible had he not met or exceeded the highest standards of his profession for proposing research…

Had Dr. Mann’s conduct of his research been outside the range of accepted practices, it would have been impossible for him to receive so many awards and recognitions, which typically involve intense scrutiny from scientists who may or may not agree with his scientific conclusions…

Clearly, Dr. Mann’s reporting of his research has been successful and judged to be outstanding by his peers. This would have been impossible had his activities in reporting his work been outside of accepted practices in his field.

Evidence was never reviewed, for it was never presented.  Dr. Mann is “not guilty” because he generated a lot of revenue for Penn State.

A parallel investigation was conducted at the Climate Research Unit (CRU) of the University of East Anglia from which the emails were hacked.  That investigation purported to examine attempts by CRU faculty and staff to hide data from critics and government investigators who had requested it through “freedom of information” instruments, as email conversations suggested that scientists colluded to destroy the data rather than have it disclosed.  The independent investigative board concluded that no wrongdoing had been manifested.

But just how “independent” was that investigative committee?  We have learned more specific details regarding certain members of that committee that are enlightening as regards their independence.  For example, one of the committee members was a Geoffrey Boulton, who served on the faculty of the University of East Anglia School of Environmental Sciences, of which the CRU is a part, for eighteen years.  He was a former colleague of the scientists whose actions he was investigating, who had, only days after the emails were released, signed a petition declaring that the scientists involved “adhere to the highest standards of professional integrity.”  We can be assured that he approached the investigation with no preconceived opinions!

Then there’s Ronald Oxburgh, chairman of the investigation.  Mr. Oxburgh is honorary president of the Carbon Capture and Storage Association; chairman of Falck Renewables, a wind-energy company seeking to set up wind farms all across Europe; and an advisor to Climate Change Capital, an investment firm specializing in start-up funding for low-carbon energy and manufacturing companies. Lord Oxburgh is also a former chairman of a biodiesel firm, a director of the Global Legislators Organization for a Balanced Environment, and a past chairman of Shell Oil in Britain.  He’d once told BBC, while employed by Shell, that he saw “little hope for the world” unless carbon emissions could be “dealt with.” He further stated that climate change made him “very worried for the planet.”

No preconceived opinions on his part, either!

Climate change science is at the heart of climate change legislation, the foundation for which is the transfer of power and wealth from industrialized nations to developing nations.  While there remains no generally accepted, unchallenged scientific research that indicates industrial carbon emissions are contributing to climate change, this country will within days be once again presented with climate change legislation in the Senate which focuses on reducing carbon emissions by electrical generating plants, thus making fossil fueled facilities less economical, and shining favor on “green” wind and solar facilities.  This legislation attempts to emulate recent practices imposed on Europe, though the European nations are now renouncing those facilities and withdrawing their subsidies of them, as they have proven to be prohibitively expensive.

It’s reassuring to know that the scientists who propagated the erroneous science on which this legislation is based have been cleared of wrongdoing by the same peers who reviewed the science.