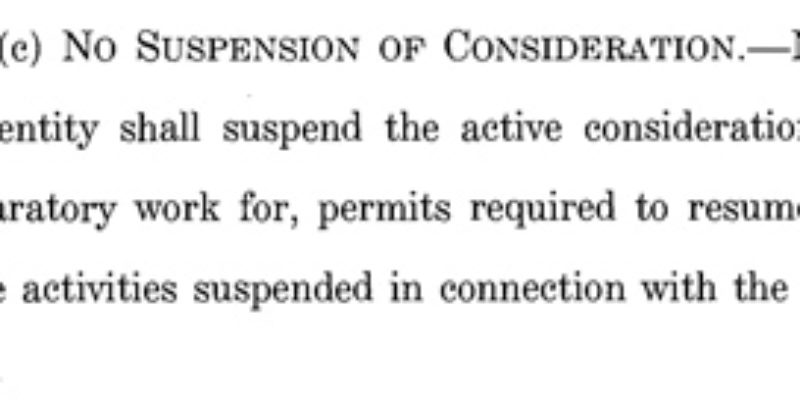 Yesterday was a long, hot, sweaty day tromping around Washington and telling anybody who would listen that Obama’s moratorium on offshore drilling is a really lousy idea. Whether we did any good is a difficult question to answer, but the 50-odd folks from Louisiana, Mississippi, Texas and Alabama who traveled up to the nation’s capital certainly covered some ground.

I can’t speak to how the meetings with congressmen and senators went from personal knowledge, as what I was doing was a bit different. After a press conference on the Capitol Hill lawn (and it was REALLY hot out there) at which several members of our traveling group took turns explaining the damage the moratorium is doing, I and a few others broke off for a lunch meeting with Grover Norquist from Americans for Tax Reform at their offices, and following that a “press breakfast” at those same offices hosted by The American Spectator.

What was said was little different than our readers have seen on The Hayride for weeks. The moratorium is a stupid policy, it’s destroying the economy of the central and western Gulf Coast, it has little basis in science, it affects national security, our trade deficit, energy prices and most of all high-paying American jobs.

But for all of the jaw-jawing which went on, what struck me was how blindingly ignorant so many of the D.C. denizens seem to be on energy. There is an attitude that oil as a whole is no good, that those who deal in oil are somehow dirty, that times are changing and there is no future for fossil fuels. When those with that attitude are challenged to provide a solution for replacing oil and gas – and coal, for that matter – they shrug. “We’re Americans. We can find something.”

This is dangerous stupidity, and it seems to cover Washington like a shroud.

Norquist, in our lunch meeting, offered up some interesting advice. He says Mary Landrieu is the key to the moratorium going away. He says that Landrieu is playing her constituents in Louisiana by talking the talk about oil and gas and lifting the moratorium, but until she stops being a vote Harry Reid and President Obama can count on in the Senate she’s not helping. Norquist says if Landrieu really wanted to help Louisiana she would withhold her cooperation on ANYTHING the administration or Democrat leadership wants done until there is no moratorium.

I don’t know if it’s that simple, but it certainly seems like Norquist’s is a hypothesis worth testing. And it’s clear that Landrieu, and Charlie Melancon (whose staffers got an absolute earful from several members of the Louisiana delegation yesterday) are not fully engaged in this fight as they should be.

For example, there was this quote Landrieu gave on Monday about  Melancon’s CLEAR Act amendment debacle on Friday:

“Charlie Melancon’s efforts to get the House of Representatives on the record against the moratorium is extremely significant and is a positive step to getting the oil and gas industry up and running,” Sen. Mary Landrieu, D-La., said. “Protecting the jobs of the 330,000 Louisianians who work in the oil and gas industry should not be partisan issue.”

Melancon’s legislative director Chris DeBosier, I’m told, said in a meeting with Louisiana members of our group that he was responsible for the language in the amendment and that the “Section F” which has generated such controversy in that it gave statutory power to Interior Secretary Ken Salazar to reimpose a new moratorium at any time for virtually any reason was language that had been in place in federal statutes since 1959 and was nothing new.

The delegation didn’t like that much, I’m told, and they would have liked it a lot less had they known that Melancon’s initial proposed amendment didn’t have a “Section F.” It only extended to a “Section C.” And Section C said this:

Which is pretty good language, as to us it sounds like Salazar is directed to stop screwing around with de facto moratoria on shallow-water drilling by dragging his feet on issuing permits.

Section C managed to make it into the final amendment, but a Section E and a Section F were added before it went to the floor. Section E provides for a report for Salazar to make to Congress about drilling safety “no later than October 31, 2010,” which doesn’t exactly sound like an early end to the moratorium would be in the offing, and then there’s Section F, which pretty much wipes out any effect the Melancon Amendment might have.

In case you’re not aware, Section F reads as follows:

Some of the other staffers for the Louisiana congressional delegation I talked to said that there’s a real stink going on right now about where Section F came from. Was DeBosier its source? Did he dream that up on his own? Or was he asked to add it by someone else?

This one isn’t going away.

Other observations from the D.C. trip:

– While the idea that the GOP might pick up 10 Senate seats and get to 51 in November seems pretty far-fetched, Democrats in D.C. are terrified that’s exactly what will happen. They already expect to lose the House. As such, the thought up there is that between now and Election Day in November you’ll see an absolutely furious pace in the House and Senate in an effort to pass as much legislation as possible. Reid calling the House back from vacation yesterday was no surprise. And the Senate’s voting to throw $26 billion at the teachers’ unions yesterday was no surprise, either.

– At the end of the day, I took a side trip over to the Heritage Foundation to hear Sen. John Thune (R-SD) make a quick speech on reforming the budget process. Thune wants to change the budget to a biannual affair, so that the year after the House elections (odd-numbered years) Congress would pass a budget, and then in the election years Congress would be then charged with scrubbing that budget to look for savings. During World War II, he said, there was a joint commission of the House and Senate which was charged with dumping as much government waste as possible so as to pay for the war effort, and it was that commission which got rid of the WPA, the CCC and some of the other giant New Deal monstrosities. Thune thinks reviving that idea could lead to some real cuts being made, and he’d like to put some teeth into such a commission by mandating that it come up with a minimum recommendation of cuts of 10 percent of the budget deficit each year.

What he said was good stuff and if it ever came to pass it might well create a healthier budget process than the legislative diarrhea we have now. But I got the impression from listening to Thune that even he didn’t think this could ever get passed. And while he absolutely looks the part of a 2012 presidential candidate, I just couldn’t get excited listening to him (maybe because he’s in the weeds talking about the budget, but more because he just doesn’t come off as the super-dynamic young guy he’d need to be to come out of nowhere). Somebody asked Thune about getting rid of the Department of Education, which at the Heritage Foundation is a highly popular idea, and Thune wouldn’t go there; instead muttering about making sure the tax dollars aren’t wasted. Bad answer in 2010, I thought.

What you notice going to Heritage for one of these events, though, is that while you’ll see a few recognizable folks (Stephen Hayes from the Weekly Standard, who’s on Fox News all the time, was there yesterday) the vast majority of the people there are kids. The place is crawling with 20-somethings who your average lefty would decry as the Hitler Youth – but P.J. O’Rourke once remarked that you can tell whether a political movement has momentum based on how many good-looking chicks it attracts, and if that’s a standard with any meaning then conservatism is in good shape.

– Back to the reason for our trip to D.C. in the first place, I found it somewhat interesting that when the AEA reached out to the administration to get someone from MMS to sit down with our group, they received silence in response. Even the Democrats in the House and Senate would take meetings with our people. The administration? Nope. They sent Michael Bromwich to New Orleans this week, but wouldn’t even let us talk to an underling.

– Finally, has anybody seen Oscar? Last I heard, he was gonna go chew on some Congressmen from Florida yesterday. Hope he didn’t do anything impolite.