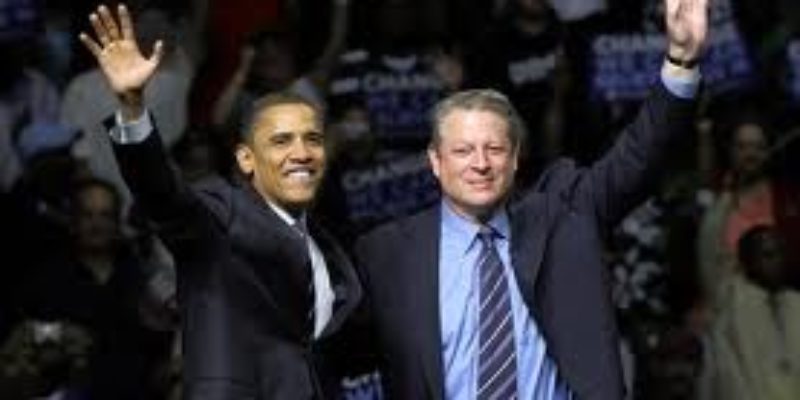 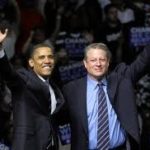 “Cap and Trade” continues to haunt the oil and gas industry, the petrochemical industry, and the electrical generating industry, to name but a few who have deferred capital investment in this country partly because that threat won’t go away.  Pelosi and Waxman got it through the House of Representatives, and John Kerry, Joe Lieberman and, until recently, Lindsey Graham, with the help of Harry Reid, have tried to get it through the Senate.  Some anticipate they will try again during a lame duck session of Congress following the November mid-term elections.

What are some of the seldom reported truths behind the carbon trading concept – truths that Hayride readers will find both captivating and infuriating?  Follow along as we attempt to unravel a tightly woven fabric of selfish greed, deception, and debatably, corruption.

First, what, exactly, is Cap and Trade?  Cap and Trade is a legislative mandate in which a government places a cap, a ceiling, on the amount of a greenhouse gas, most notably CO2, which an industry or a business can emit.  That limit is established by issuing them carbon credits.  If a business emits more than its allocated amount, it either pays a fine or it can purchase unused credits from another business.  These credits become a marketable commodity.

Where did the concept originate?  The trail seems to begin with Enron and Al Gore.  Enron was an energy trading company which owned large blocks of natural gas, run by the now infamous Ken Lay.  In order to make its natural gas investments more valuable, Enron needed to increase its appeal to power companies who preferred coal at the time due to its ready availability and its low cost per BTU.  Mr. Lay met Al Gore at a convention in Hawaii.  Gore was working on a sulfur dioxide credit trading scheme which dovetailed nicely with Lay’s objective of demonizing coal, as coal firing was associated with sulfur dioxide emissions, which in turn was associated with acid rain.

The scheme worked, and the two began examining ways to trade in other pollutants.  They found a study that had been performed at East Anglia University pertaining to a little known concept of global warming which the study associated with carbon emissions.

Gore began promoting the concept of global warming and its relationship to carbon emissions, and made his movie An Inconvenient Truth to further promote it.  That movie made the concept a household phrase, and a new cult religion was born.

Another thread in this fabric is a man named Maurice Strong.  Mr. Strong was the founding director of the United Nations Environment Program in the mid-70’s, and organized the first UN environmental summit in Rio de Janeiro in 1992.  It was that summit that paved the way for the 1997 Kyoto Treaty to control greenhouse gas emissions on a global scale.

During the 1990’s Mr. Strong was heavily involved and invested in a company called Molten Metal Technologies, Inc, an environmental company that boasted a process for the destruction of hazardous wastes in a vessel containing molten metals.  The wastes would purportedly be reduced to their harmless elemental components in that bath.  MMTI had a sales office in Baton Rouge, among other places, and frequented the chemical manufacturing corridor in an attempt to sell its wares.  It appeared to be a highly promising technology, as described in this article in IndustryWeek, a popular business journal of the day.

This promising technology caught the attention of the US Department of Energy, which provided it with grants totaling $33million, these grants being the only source of revenue the company enjoyed other than investor capital.  On Earth Day in 1995, Gore visited MMTI, publicly proclaiming the wonders of this technology, and its publicly traded stock value soared.  In early 1996, Mr. Strong and other corporate officers, many of whom were also friends and associates of Gore, began selling their stock in the company.  In October of that year the company issued a press release that the Department of Energy would no longer fund the initiative, and the stock value plummeted.  But Mr. Strong had greatly added to his wealth, and he and Mr. Gore had bonded.

Strong went on to be involved in a controversial Oil-for-Food program and to dealings with Tongsun Park, a Korean rice broker known for brandishing envelopes full of money in and around the halls of Congress.  One of the recipients of his generosity was Elaine Edwards, wife of then Louisiana Congressman Edwin Edwards.

But we digress.  What do we have thus far?

We have an established concept of trading in pollution credits.  We have a movement in place to preach the gospel of global warming and to free us of the sin of greenhouse gas emissions.  We have the grandfather of the United Nations environmental movement and a precursor to the Kyoto Treaty.  We have a public relationship between the leaders of the two related movements.  What we don’t have is an institution through which to broker the “carbon credits” commodity.

“to protect the natural environment of the Great Lakes, to reduce poverty and violence in the region, and to ensure that its people have access to good schools, decent jobs, and a diverse and thriving culture. We are especially interested in improving public policies, because public systems such as education and welfare directly affect the lives of so many people, and because public policies help shape private sector decisions about jobs, the environment, and the health of our communities. To ensure that public policies truly reflect public rather than private interests, we support efforts to reform the system of financing election campaigns.”

Their interest in “public systems such as education” included funding the work of John Ayers, brother of Bill.  During the late 1990’s and early 2000’s, the Board membership of the Joyce Foundation included a little known law professor named Barrack Obama, and his friend Valerie Jarrett, who remains on the Board.  In 2000, the Foundation gave Barrack Obama two grants totaling about $1.1million to help establish the Chicago Carbon Exchange, which bills itself as

“North America’s only cap and trade system for all six greenhouse gases, with global affiliates and projects worldwide.”

The Chicago Climate Exchange was established as a private organization whose Board members include Maurice Strong.  Richard Sandor, who publicly stated that the climate exchange market would be a $10trillion industry, was established as its president.

The profit potential offered by the Exchange was so appealing that one of the early investors was a group called Generation Investment Management, LLP, for which Al Gore serves as Chairman and Founding Partner, accompanied by several Goldman Sachs alumni.

Goldman Sachs, which made vast profits selling home mortgage derivatives and helped cause the collapse of the housing bubble, also invested heavily in the Exchange.  Greenhouse gas credit derivatives entered the mix.

So now we have the movement, the leadership, and a brokerage house.  We still need the technology to execute the transactions of the business.

That technology was invented in 1999 by Carlton W. Bartels.  He applied for a patent on his invention, but tragically, he was killed on September 11, 2001 in World Trade Center Tower One.  His widow later sold the technology, still unpatented, to Franklin Raines, who was CEO of Fannie Mae!  The patent was granted, to Raines, on November 7, 2006, which ironically (?) was the day after the Democratic Party took control of the House and Senate.

And where might the former CEO of Fannie Mae now work?  Why, at the Chicago Climate Exchange, of course.

There remains but one component to hem the edges of our tightly woven fabric – the imposition of Cap and Trade in the United States.  As we noted at the outset, it isn’t for a lack of trying.  And among the proponents who have lobbied heavily for the passage of such legislation is the world’s now favorite oil company, “Beyond” Petroleum, which is heavily engaged in pollution credit trading in Europe and envisions doing the same in the US.

Absence of that hem is causing the fabric to unravel.  The Chicago Carbon Exchange was recently sold to the Intercontinental Exchange, a futures and derivatives platform with offices in London and Atlanta, which also purchased the Chicago Climate Futures Exchange and the European Climate Exchange.  Sandor and his associates managed to turn the Joyce Foundation’s $1.1million grant into $600million, but they didn’t get to reap the full reward of the $10trillion industry they imagined.

No doubt many consider the foregoing tale to be another “hair-brained conspiracy theory.”  We don’t share that perception, nor do we believe that it was motivated out of corruption – though it was certainly perpetuated by a consortium of corrupt individuals.  Rather, we believe this was a very large scheme perpetrated by like-minded individuals, sometimes working alone and sometimes in concert, to further their personal agenda, be it ideology, greed, and/or political influence.  It’s working in Europe, and it would undoubtedly work in the US had the science of climate change not come under question before Cap and Trade could pass the Senate.  It will still work, making Al Gore and his “passionately concerned about the environment” cronies extremely wealthy, if a lame duck Senate with nothing left to lose chooses to pass it.  Mr. Gore still has friends who will likely be among those lame ducks, and he has friends in the White House who believe in global warming driven by escalating CO2 emissions.  He has friends in the White House who believe that green jobs and renewable energy are the panacea needed to bring this country out of recession, despite what happened in Germany, Spain and Japan.

The true irony in all this is that Cap and Trade, despite all the brow beating and impassioned rhetoric, will do nothing to reduce greenhouse gas emissions.  It will simply make enormous amounts of money for those who were in on the creation of the marketable commodity, and it will either force those industries which emit higher levels of those gases than some bureaucrat in Washington deems acceptable to transfer its wealth to more bureaucratically acceptable industries, or more likely to transfer its operations to more industry friendly locales.

As we have said since this publication was born, Cap and Trade will be devastating to the economy of this region and this nation.