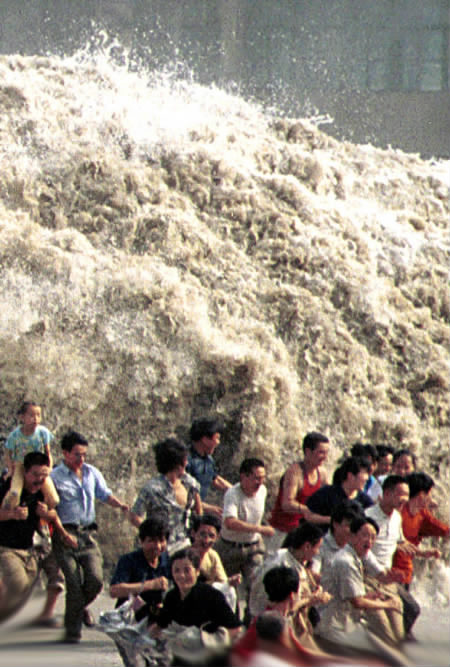 Trends in polling across congressional and senate elections, as well as presidential approval and overall mood of America, seem to be continuing if not intensifying in advance of what looks like an historic election on Nov. 2. In fact, a couple of polls within the last few days indicate that things could be far worse for Democrats than anybody realizes.

The first bombshell of the latest volley hit yesterday, when Gallup released its most recent generic Congressional ballot survey which indicated a 51-41 advantage for Republicans. This is the largest spread in favor of the GOP since Gallup began asking the question in 1942.

It’s certainly possible things could swing back to the Democrats, but frankly that looks unlikely. The gap seems to be growing as party primaries across the country solidify the voters’ choices, and it’s also growing as the voters are beginning to pay more attention to the races.

But something else in Gallup’s latest survey is striking, and it’s this:

Republicans are now twice as likely as Democrats to be “very” enthusiastic about voting, and now hold — by one point — the largest such advantage of the year.

Republicans usually turn out in higher numbers in midterm elections than do Democrats, and Gallup’s likely voter modeling in the final weeks of an election typically reflects a larger GOP advantage than is evident among registered voters. The wide enthusiasm gaps in the GOP’s favor so far this year certainly suggest that this scenario may well play itself out again this November.

Gallup’s final word on these results is that it “underscores the fast-evolving conventional wisdom that the GOP is poised to make significant gains in this fall’s midterm congressional elections…Republicans’ presumed turnout advantage, combined with their current 10-point registered-voter lead, suggests the potential for a major “wave” election in which the Republicans gain a large number of seats from the Democrats and in the process take back control of the House.”

The polling firm indicates that earlier this summer the Democrats did manage to hold an advantage on the generic ballot, and holds that as a caveat to indicate things might change. But the fact that over the summer the survey has moved from a Democrat lead to a record Republican advantage indicates a trend which appears to forecast an even bigger disaster for the party currently in charge than is currently in store.

A 25-point enthusiasm gap for a segment of the electorate which usually turns out in larger numbers anyway is a frightening prospect, and it’s a difficult tactical situation for Democrats to escape. Banging the race drum in an effort to firm up the Democrat base has been a persistent feature of the president and his party’s campaigning, but so far those tactics look like they’ve backfired badly by inflaming sentiment against the Democrats.

Several polls beat this out.

First, the Obama administration’s assault on the Arizona immigration law, which has been intended from the beginning as a wedge to move the Hispanic vote into the Democrat camp, has been a disaster. On Thursday, Rasmussen released an issues survey which had Republicans in a 44-35 lead over Democrats on the issue of immigration. That number was actually an improvement from June, when the GOP led the Democrats by 15 points on the issue. But a CBS Poll found that 59 percent of those surveyed thought Arizona’s SB1070 was “just right” in its treatment of illegal aliens, with another 14 percent saying it didn’t go far enough. Fighting this law as the Obama administration is doing puts them on the wrong side of an issue which isn’t a 70-30 issue; they’re on the wrong side of a 73-27 issue. When your position is favored by only 27 percent of the public on a hot issue which is in the news every day, you’ve made a mistake both in taking it and particularly in making headlines with it.

As an aside, the Left’s reaction to numbers like these threatens to make them toxic in and of themselves.

Second, some 71 percent of New Yorkers – hardly a right-wing lot there – say that they think the Ground Zero Mosque ought to be built someplace else. The same survey which produced that number also revealed that 54 percent of those polled agree with the Obama administration and its acolytes that the organizers of the mosque have a constitutional right to build it – something few of its critics dispute. They think that rather than being the sole determining factor on the issue the constitutional question is actually beside the point, and that the organizers ought to bow to the feelings of the 9/11 victims anyway. What’s more, 71 percent of those surveyed want an investigation by New York Attorney General Andrew Cuomo into the funding of the mosque project.

Despite the Left’s drumbeat accusing folks opposing the mosque of having been drummed up by GOP bigotry and lies, it seems the majority take on the issue is a lot more nuanced than that of the Left. The majority doesn’t like the mosque because it sees an ostentatious $100 million Muslim cultural center at that site funded with overseas money originally named after a triumphalist mosque in Spain built over a church as a breach of the peace, and thus it’s wrong whether the Constitution would allow it or not. The Left’s attitude that because we’ve got freedom of religion in America there can be no exception taken to such a project isn’t just hypocritical given its constant attempts to interfere with religious practices by folks other than Muslims, it’s simplistic. Too simplistic, it seems, for the American people. And telling the majority that its opinions are informed by lies and bigotry seems like attempting to catch flies with vinegar. Honey works better.

The administration’s handling of issues like the New Black Panther voter intimidation case, the Shirley Sherrod firing, ACORN and others involving black-white relations which have been in the news has not been helpful as well. An Investors Business Daily poll a couple of weeks ago indicated that some three out of four respondents believe race relations haven’t improved under Obama’s presidency so far. Improvement in race relations was a major drawing card for Obama in his 2008 campaign; if voters don’t think he’s helped the situation it knocks out a considerable amount of the rationale for putting him in office in the first place.

So the ignorant, racist, intolerant and nativist, bitter and clinging Islamophobes the Left has spent the past several months deriding are now pissed off and looking to take their revenge. It’s not such a surprise. And it’s playing out in a number of races, two of which have interesting new polls out.

One of the more interesting new polls comes from West Virginia, where Rasmussen found that popular Democrat governor Joe Manchin is ahead just six points, 48-42, on GOP businessman and chronic candidate John Raese in the special election Senate race to replace the deceased Robert Byrd. Manchin, who is generally regarded as a centrist Democrat (40 percent of those polled say he’s relatively conservative and 36 percent more say he’s moderate), has a terrific approval rating of 70 percent. But the electorate in West Virginia appears to want someone in D.C. to fight the Democrats’ national agenda. Obama’s approval rating is just 29 percent. Some 65 percent rate the economy as poor. Some 64 percent say it’s getting worse. Some 69 percent oppose Obamacare.

And in Colorado, Ken Buck is advancing against Michael Bennet. Buck now leads 47-44, 49-45 with leaners included. While Buck was ahead 46-41 earlier, every point he gets closer to 50 percent in the polls is another nail in Bennet’s coffin – voter intensity is the key factor here.

Interested in more national news? We've got you covered! See More National News
Previous Article Levin: Tea Party Is Crucial To This Fall’s Campaign
Next Article We Can’t Give This Woman Anywhere Near The Credit She Deserves…