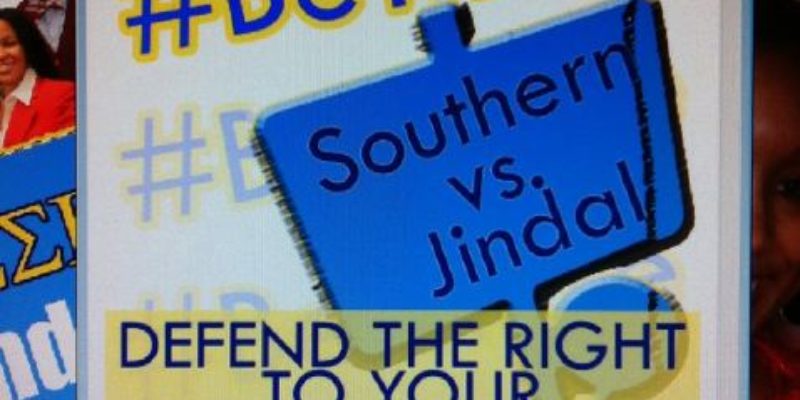 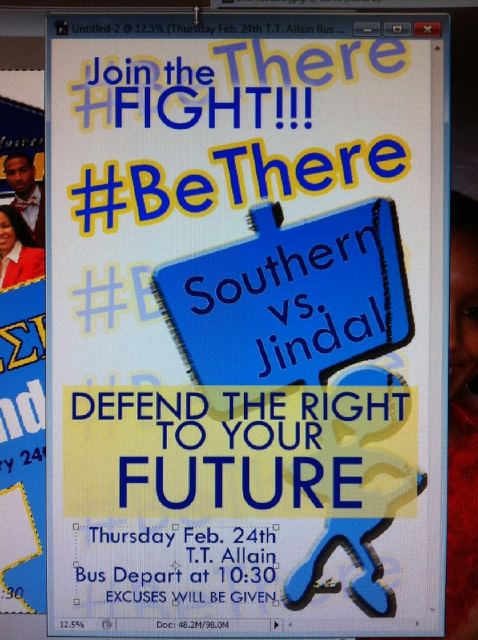 Tomorrow there’s a hearing scheduled at the 19th Judicial District Court in Baton Rouge on the lawsuit filed by former congressman and failed 1995 gubernatorial candidate Cleo Fields in an attempt to stop a study of the proposed merger between SUNO and UNO. Fields’ suit, filed on behalf of a half-dozen SUNO students, claims that Louisiana’s Board of Regents became unconstitutionally populated when Gov. Bobby Jindal replaced four black Regents with white males in December, and as such the Regents lack authority to perform the study or make recommendations as to SUNO’s fate.

The hearing was likely to be a circus in the first place, as Fields managed to get a temporary restraining order by Judge Janice Clark at the 19th JDC last Monday stopping the study – at least for a couple of days. On Thursday, Judge Tim Kelley dissolved the TRO after Jindal, through the Attorney General’s office, made a motion to kill it. And tomorrow’s hearing is scheduled to be in front of Kelley, not Clark, according to Jindal’s office.

Enter something called the Southern University Action Coalition (SUAC). According to a release put out by the group, which claims to be “composed of students, alumni, faculty, community organizations and concerned citizens who are dedicated to protecting, preserving and enhancing Southern University at New Orleans,” it will host two events tomorrow on the SUNO-UNO merger issue. First is a rally on SUNO’s campus at 11 a.m., and then at 1:30 a “vigil” in front of the courthouse will begin.

The lawsuit states “to insure that the board would issue an affirmative decision on the merger, on or about Dec. 17, 2010,Gov Bobby Jindal removed all appointed racial minorities from the Board of Regents and replaced them with all white males, which created an unconstitional board under La. Const. Art. 8, Sec. 5 (B) (1)”.

Neither the lawsuit nor the release mentions the likely crux of what will be discussed in front of Kelley’s court – namely, the fact that it’s not cut and dried that Jindal violated the constitution when he changed the Regents’ makeup. The constitutional provision in question on the membership of the Regents reads as follows…

(B)(1) Membership; Terms. The board shall be composed of two members from each congressional district and one from the state at large appointed by the governor, with consent of the Senate, for overlapping terms of six years, following initial terms which shall be fixed by law. The board should be representative of the state’s population by race and gender to ensure diversity.

“Should” doesn’t mean “shall.” It’s likely to be interpreted by the court to be a suggestion rather than a commandment.

Jindal will likely also argue that since the Regents don’t have the power to close or merge SUNO – only the legislature can do that – the plaintiffs don’t have a case. That was one of the arguments his motion to lift Clark’s TRO contained, and Kelley did agree to lift it.

In other words, the vigil-antes at the courthouse are likely to be disappointed by what happens inside.

SUAC’s “media contact,” as established in the release, is Joseph Bouie, Jr. If his name sounds familiar, that’s because Bouie used to be the chancellor at SUNO before he was fired in 2002. That firing was highly controversial at the time; Bouie had alleged he’d been fired because he’d attempted to get rid of Andrea Jefferson, wife of disgraced former Congressman William “Dollar Bill” Jefferson, as SUNO’s vice chancellor for academic affairs. He said he’d been run off “because I refused to participate in political nepotism.”

But Bouie’s detractors said that wasn’t why. They said he’d lost his job because of sexual harassment complaints and lousy financial management. Gambit has more details…

In late 1998, Andrea resigned her position on the Southern Board of Supervisors and early the next year was appointed vice chancellor for academic affairs at Southern University in New Orleans with a $75,000 salary. SUNO had been plagued by financial difficulties under chancellors who got their jobs in what amounted to patronage hires. The chancellor who hired Andrea was later sacked for mismanagement.

‘Even though she had a Ph.D., Andrea had barely taught at the college level,” says Bill Stewart, a professor of social work at SUNO. ‘She had taught in secondary schools. You want someone who has some understanding of what it means to be a faculty member. Would you want your editor being someone who had never worked as a journalist?”

Stewart and some 20 other faculty members protested that the congressman’s wife was unqualified. ‘Andrea is into delegation, to put it politely,” says Stewart. ‘She delegates to committees and task forces or just ignores things she didn’t want to deal with. The school calendar got screwed up. They had a terrible time dealing with this through the year because it was put together wrong. That’s almost impossible to do because you do the same thing year after year.”

In 2001, a new SUNO chancellor, Joseph Bouie, who had come from the social work department, ordered Andrea Jefferson’s dismissal. She accused him of fiscal mismanagement, sexual harassment of a female colleague, and filed for whistle-blower status to protect her job.

It bothered certain SUNO colleagues that Andrea Jefferson approved New Orleans Police Chief Richard Pennington as an adjunct professor in criminal justice at $18,000 a year. Ad hoc teachers earned $3,000 per course at the time.Pennington taught one course a semester, effectively earning $9,000 per course. Pennington became Bill Jefferson’s candidate for mayor in the 2002 election. He lost to Ray Nagin.

In 2003, the Southern board awarded Andrea Jefferson a $50,000 settlement and moved her to a $70,000 job as assistant vice-president for development in the Southern University system. Bouie lost his job as chancellor, with a pay cut from $120,000 to $63,000, his old faculty salary. The board cited financial mismanagement, a continuing crisis he had inherited. The Equal Employment Opportunity Commission cleared him of sexual harassment. Bouie said he was fired for refusing to ‘participate in political nepotism.”

‘This smells,” Lea Polk, a dissenting member of the Southern board, complained at the time. ‘It reeks of politics.”

But you haven’t heard the punch line yet. You’ll love this – Bouie is STILL the president of SUNO’s faculty senate! What’s more, he has clairvoyant powers…

At a Jan. 26 forum centered on discussion of the merger, SUNO Faculty Senate President and former SUNO Chancellor Joseph Bouie said legal action would be the school’s last resort. Bouie said SUNO would file a federal suit against the state for denial of equal access to education for blacks if fighting legislative action did not work.

Thus it’s no surprise that less than three weeks later a luminary in the black community with deep ties to the Southern system – and a community-organizing operation which is well known for turning out the black vote – is filing a lawsuit on SUNO’s behalf and drumming up a “vigil” at the courthouse as the hearing is going on.

Note also that the poster for the vigil that Southern-Baton Rouge’s Student Government Association put together shown above says at the bottom that “Excuses will be given” for those Southern students and/or faculty who would rather hang out at the courthouse than pursue education at a campus not explicitly affected by a potential SUNO/UNO merger.

All this is a bit unusual, no? At most places when they get rid of you as the boss because they think you can’t be trusted with sex and money, and you counter by alleging that a crooked congressman was behind it, we’d call that an acrimonious departure regardless of who’s ultimately right. And we wouldn’t expect there to be a continued relationship between the two parties.

Not at SUNO, though. It’s one big happy, cozy family over there. Even with the crew 80 miles away, they’re tight as ticks based on the organizing for this event tomorrow.

Only they’re not so happy, not these days. Jindal is making things uncomfortable for the SUNO crowd…

Dr. Joseph Bouie Jr., president of SUNO’s faculty senate and a former chancellor of the university, says the study is the culmination of years of efforts by state officials to shut down SUNO — efforts that Bouie says have included withholding FEMA funds for repairs to buildings – “and we are still back to 85 percent of pre-Katrina enrollment because this community needs SUNO despite everything that is being done to discourage students from coming here.”

Buoie says, “Not a single faculty member – to a person – not one, is in favor of it.” He said a 2006 study by the Board of Regents concluded the school should not merge because of their distinct missions and roles.

Shocking, isn’t it? Nobody in SUNO’s faculty is interested in merging with UNO.

Given Bouie’s experience at SUNO, that’s hardly a surprise. Seems you can get away with plenty over there, so long as you don’t upset anybody’s applecart.

Jindal, of course, is suggesting just that. Which is why there will be protestors outside of the courthouse tomorrow.