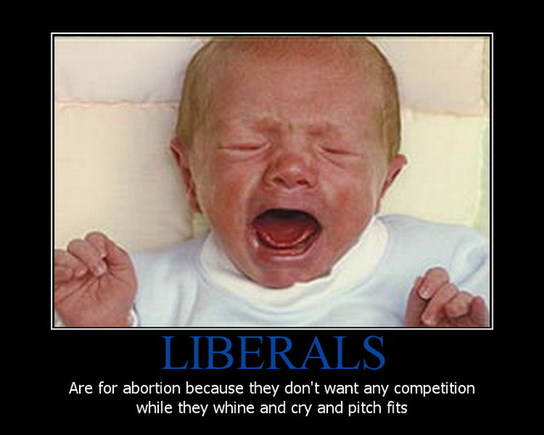 Maybe it’s not fair to make such a sweeping generalization, and maybe it should be stipulated that there are a good many perpetually irritated conservatives as well, but it seems this week we’ve got a surfeit of examples to prove that left-wingers just have a terminal case of the screaming red-ass.

Will nothing soothe these savage beasts?

Take AOL’s purchase of the Huffington Post last week. Now – admittedly, there is plenty to criticize about this deal. First of all, one wonders where on earth AOL is getting the $315 million to buy HuffPo. Second, one wonders where the idea comes from that a web site built on 6,000 volunteer bloggers, nearly all of whom are possessed of the exact same ideological mindset, could be worth that much. And third, it’s totally understandable that the 6,000 volunteers who assisted Arianna Gabor Huffington in building that site’s brand and content might be a little put off that they’re getting sold off to the knackers while she pockets $18 mil in net cash after her investors get their profits – plus takes over as the chief purveyor of content for AOL at a cute little salary.

But readers of HuffPo, who prior to the AOL deal seem to have been perfectly satisfied with its steady servings of flaccid leftism and anti-American bigotry, have now written the site off as a sellout to Corporate America that they simply will not abide.

A sampling, courtesy of Moonbattery:

Jennifer Mead
Looks like the death of the Huffington Post as a good place to go read and blog.

Livin in Spin
It’s a sad day to be a young progressive. I live in a red state, and I rarely find people who understand politics, let alone have the capacity to discuss the issues. I was promised free press when I was in grade school. Who can I trust to reveal the truth? Where can I go where corporate propaganda will not saturate the news?

goodog
well, it seems like just yesterday when corporate media consolidation was a bad thing.

dela21
Maybe Keith will start his own web site, or his own network.

christopherflynn
If this turns out to be a “sell-out” which in my deepest heart I believe, it will terminate my relationship with HuffPo and imo, a whole host of others who are tired of ‘corporate dominance’… 🙁

American In Chicago
We can wax nostalgic over the good old days and do little else except engage in snark and derision of our neighbors.

CocoaHuff
freedom under corporate rule is an illusion

xzwq
Welp, I won’t have to worry about spending time here anymore. I can get corporate-funded news on every other network and website. Thanks while it lasted, Huff Post.

caleb36
There’s a basic contradiction with this merger. You can’t have engaged political/social discussions on an MSM website.

Brad Majors
HP needs to run a poll to see how many will be leaving.

HUFFPOST SUPER USER
Calvin Ravenwood
Will there be anyone left to have a poll besides all the socks?

Curt Miller
So Disappointed… Any recommendations on another progressive site that won,t/hasn’t sold out?

Julien Jimenez
I can’t not believe this. This website was the beacon of hope that educated the people with actual facts, NOT FOX OPINIONS OR DRUDGE MISINFORMATION. Now that it has been taken by a corprate gian (like everything else) the hope of once living in democracy and not in corporate america have diminish.

oregonrain
This seems like a good jumping off point for me. I have been here too long as it is. This site has been going downhill for the last 2 years. Good luck Ms. Huffington.

marylandtravelinman
This deal while probably good for Huufpo/AOL profits spells the end of Huffpo as we know it. Huffpo is now officially part of the Establishment Media. It’s time for me to move on.

WildBill
Farewell to huffpo and all the friends I made while I was a member of the huffpo community. My disappointment has turned to sadness and I’m at a loss for words.

HUFFPOST COMMUNITY MODERATOR
italianchoctaw
I’m very upset this morning. Wish they would open a thread so we could all discuss and say goodbye to those who are leaving.

HUFFPOST COMMUNITY MODERATOR
ragtag
I’m one that will be jumping off this bus. As a matter of fact, after this post, I’m deleting my account. A company as god-awful as AOL will have access to my history/comments and will probably use them to build a profile of me to exploit in some way shape or form in the not to distant future… So, I must wish you the best and bid you farewell – ragtag is signing off…

LCLiberal
Another bastion of courageous progressive journalism bites the proverbial dust. Like Olbermann and MSNBC, AOL will create a corporate culture where the company line of pro-business, pro-conservative talking points must be obeyed. A real shame.

lifeiscarbon
To my understanding, at one time it seemed Arianna was against such mergers in media outlets…

Let’s remember that AOL isn’t exactly FreedomWorks. A quick look at AOL’s Politics Daily will uncover such hard-right articles as…

Know what else you’ll find on Politics Daily today? You’ll find this. It’s an announcement by Matt Lewis, who’s more or less the pet conservative (if you’re not familiar with his work, think David Frum) at PD, that he took one whiff of the AOL-HuffPo deal and promptly voted with his feet. Lewis is off to the Daily Caller in a couple of weeks rather than sticking around to work for Miz Gabor Huffington.

Which means we’re not exactly crawling with conservatives at either place. And the lefties are still griping.

If you’re looking for another example of lefty misery, how about the Groupon Super Bowl commercials?

Fact is, these ads were funny as all get-out. And if you didn’t know in advance, the Groupon people are committed lefties. As CNN reports…

Mason notes that Groupon began as The Point, an activism-based site, and that the Web page for the Groupon ads offers a link to donate to each of the causes that the ads spoof. “We took this approach knowing that, if anything, they would bring more funding and support to the highlighted causes,” he wrote.

Groupon is matching the amount its customers donate to the causes, up to $100,000 each.

In a blog post, Greenpeace biologist John Hocevar (who also, coincidentally, founded Students for a Free Tibet), praised the ads.

“Greenpeace is happily participating in the campaign,” he wrote. “The truth is that the ‘Save the Money’ campaign and the commercial are really helping us save the whales.”

Mason said that, rather than making fun of charitable causes, the ads were intended to make light of Groupon itself, and advertising in general.

Does that matter to the progressive scolds who claim those do-gooder causes as their own? Not really. Here’s a little of the reaction to the Groupon ads from YouTube…

These come off crass, don’t you think? Maybe if the commercials mentioned the opportunity to donate to﻿ charitable causes on the Groupon site, it wouldn’t seem so insensitive.

The extinction of a species is﻿ funny.

Groupon. Before you saw this, you only hated their name.﻿

more than inappropriate, cuba﻿ gooding jr. you disappoint me

I’m not offended at all, just embarrassed for Groupon. Their in-house creative folks would have done a better job! Either their ad﻿ agency dropped the ball or they were bullied into this schlock by someone internally.

This is in bad taste. Here’s a daily deal site that actually donates﻿ and gives back to local causes winwinliving(dot)com

– Hire them back and fire them again

– Call LivingSocial to see what’s up

What?﻿ i don´t get it. How can you link suffering and opression whit a coupon ad? this ad really sux big time

how stupid one company can be when they mix the politics and business which is tabu of﻿ the advertising industry? we know now the most stupid company in the world is Croupon.

I dislike the commercial because it’s a backhanded tactic, and﻿ basically commodifies a whole culture and kicks it when it’s down. And because it tries to be funny but fails. I’m going to say screw you to groupon today.

Again, it’s entirely possible we’re painting with too broad a brush here. But it certainly seems like a majority of our friends on the left are wrapped pretty tight around the axle. Not much joy among the saviors of the planet.