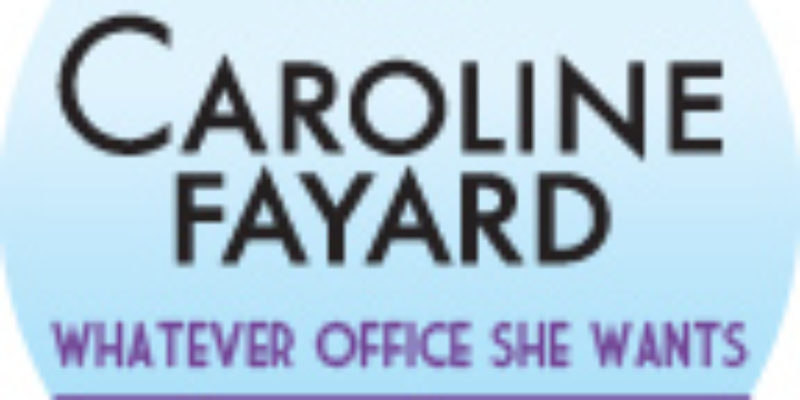 So over the weekend, Louisiana’s Democrat savior-du-jour Caroline Fayard said “I hate Republicans” at a campaign event of sorts (you can’t really call it a campaign event when you won’t say what you’re running for) in Bogalusa.

You could say it’s at least honest and courageous, though – voters can assess Fayard based on information like that. She hates Republicans, so if you hate Republicans or if you think it’s OK for a politician to openly express hatred for people who would be her constituents if she won statewide office, she might be your candidate. Or if you think it’s cool to accuse your political opponents of “eating their young.”

But Fayard wasn’t all THAT honest.

“I don’t hate conservatives,” she added. “I am very conservative. I go to church on Sunday. I’m Catholic. I’m pro life.”

Now, it’s valid to say that you can be conservative and yet dislike Republicans. Most of the Ron Paul types would fit within that description, and that element is a decent-sized portion of the Tea Party movement in Louisiana and elsewhere.

In general, however, if you’re “very conservative,” you’re probably a Republican in this state.

Fayard’s definition of conservatism is probably not the definition the rest of us would come up with. Attempting to force BP to move its corporate headquarters to Louisiana, which she proposed last year when she ran for lieutenant governor, for example, doesn’t fit within what you’d call “conservative.” But apparently that doesn’t matter if you go to church on Sunday.

In any event, “I hate Republicans” is an unusual campaign slogan. We’ll see if it works.

“Louisiana voters deserve an open and honest debate of the issues, but Caroline Fayard’s disappointing and vicious rhetoric conflicts with the very concept of civil discourse,” said Republican Party of Louisiana Chairman Roger Villere.  “Fayard’s negative and divisive commentary reveals a true partisan, driven by hate, who is wholly unfit for elected office.  Today I call on Democrat Party Chairman Buddy Leach to join the Republican Party of Louisiana in denouncing Fayard’s hate-filled and disgusting comments.”

UPDATE #2: Reached by Hayride correspondent Chris Gary, Louisiana Democrat Party media spokesman Kevin Franck had this in the way of a comment…

Ha. You guys are really worried about her, aren’t you?

Charming. A whole political party based on and happily promoting campaign finance fraud, race-baiting, hate speech and infanticide/cannibalism libels. Is it any wonder that these clowns can’t get anybody elected in Louisiana anymore?