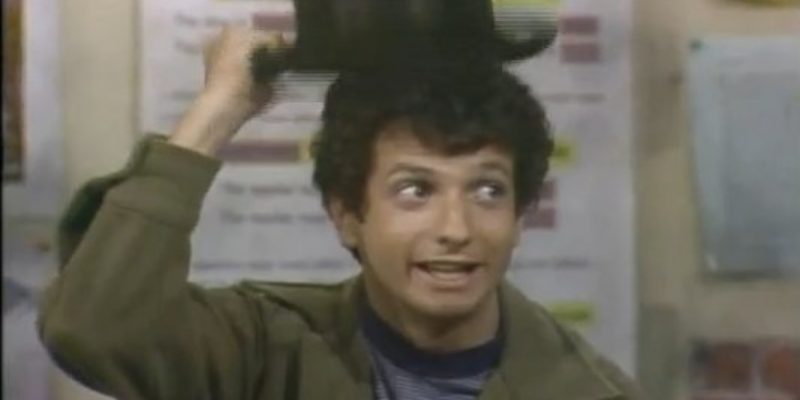 Were you aware that Anthony Weiner, the Arnold Horshack of the House of Representatives, is going to run for mayor of New York City?

Neither were we. But according to POLITICO, it’s imminent. And he’s talking about getting the President to feather his bed for him.

Rep. Anthony Weiner said Wednesday he was looking into how a health law waiver might work for New York City.

Weiner, who is likely to run for mayor of New York, said that because of the city’s special health care infrastructure, his office was looking into alternatives that might make more sense. Weiner is one of the health care law’s biggest supporters; during the debate leading up to reform, he was one of the last holdouts in Congress for the public option.

“The president said, ‘If you have better ideas that can accomplish the same thing, go for it,’” said Weiner. “I’m in the process now of trying to see if we can take [President Barack Obama] up on it in the city of New York, … and I’m taking a look at all of the money we spend in Medicaid and Medicare and maybe New York City can come up with a better plan.”

The congressman was trying to debunk Republican “myths” about the health care law during a speech at the Center for American Progress. He used the waivers as way to describe how flexible the law actually is and how “this notion that the government is shoving the bill down people’s throats” is not true.

“The administration needs to make this argument more forcefully,” he said. “A lot of people who got waivers were … people who are our friends.”

An Obamacare waiver for New York City, yeah yeah. That’s a post in and of itself. Apparently Weiner has people telling him he’s got the chops to be the mayor of the Big Apple.

The amazing thing is, Horshack could actually win. Everywhere else, he’d be considered far too obnoxious and assclownish to possibly govern a major city. But in New York, they’ll love him.

Jimmy McMillan had better get in the race quick and lay the law down on Horshack. Or else Lord knows what’ll happen.