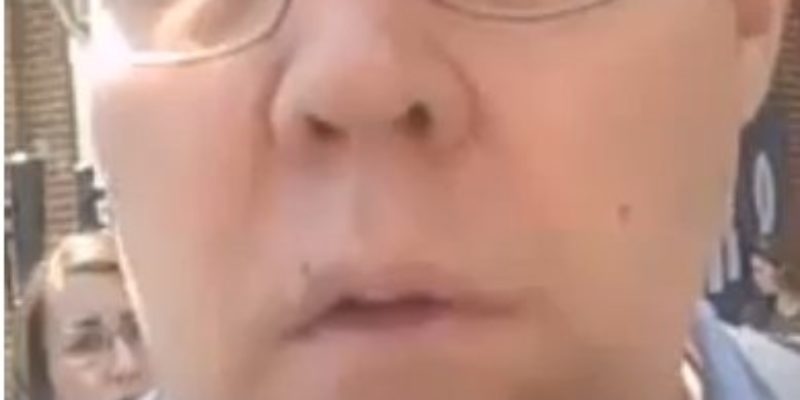 You can’t really watch this one without being reminded of a Terry Gilliam film. The protagonist here is a dead ringer for the typical creepy totalitarian character who speaks in low voices and yet spews invective and insanity in machine-gun style.

The setting here was a press conference at which the Washington Times’ Kerry Pickett was questioning DC mayor Vincent Gray about the latter’s opposition to the school voucher program the Republicans re-started with the budget deal two weeks ago. Apparently Gray was able to answer Pickett’s questions without flipping his lid, but that’s not the case for the left-wing activist standing next to the Times reporter who decided to engage her on the question and offer an opinion as to her work.

Watch it, and then consider what your reaction might have been if you were Pickett…