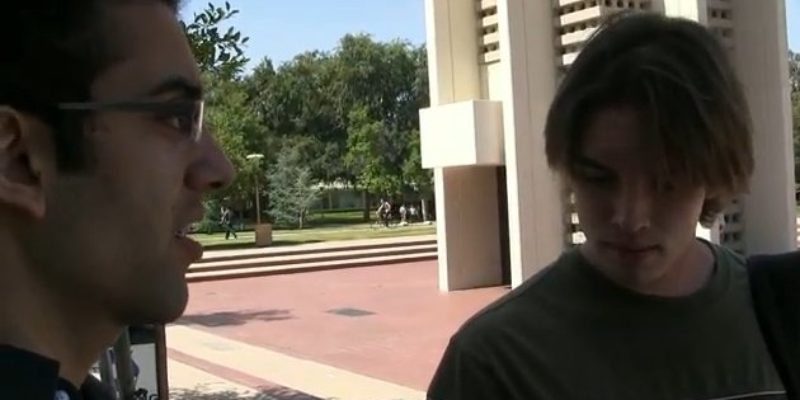 The makers of this one used a time-honored trap on a bunch of unsuspecting pablum-pukers at Cal-Riverside – do you support affirmative action? And if you do, then it’s OK to use it to get more white and Asian kids on the hoops team, right?

And this is the crux of lefty thought. It’s perfectly cool to tell other people what they should do with their time and money. But when your stupid do-gooderism starts to infringe on your own interests, you find a way to weasel out of it. And if you get called on that, you generally get hostile.