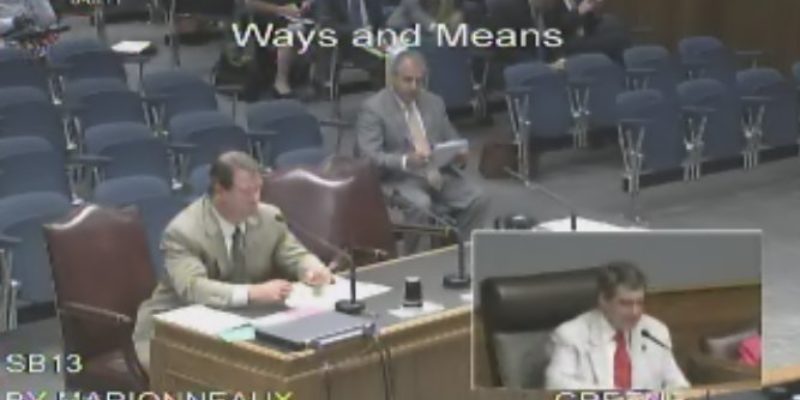 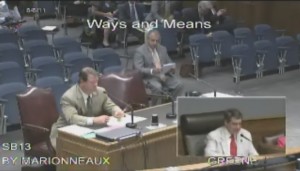 A bill by Sen. Rob Marionneaux aiming to increase the tax breaks for parents whose children are in private and parochial schools sailed through the House Ways and Means committee on a 10-3 vote this morning – despite howls from the state’s public education establishment.

Marionneaux’s bill is SB 13, and it builds on previous legislation establishing tax breaks for private-school parents which allows a 50 percent deduction on tuition up to a cap of $5,000 per child. Marionneaux would remove that 50 per cent cap and allow the full deduction up to $5,000. SB 13 passed in the Senate May 18 on a 25-10 vote, with five Republicans – Robert Adley (R-Benton), Sherri Cheek (R-Keithville), Dale Erdey (R-Livingston), Blade Morrish (R-Jennings) and Buddy Shaw (R-Shreveport) – voting against.

The Baton Rouge Advocate reported that the effect of the current law is that Louisiana parents claimed the tuition deduction for 76,900 children in 2009, with the average deduction coming to $3,186 per child. The majority of private and parochial schools – at least at the secondary-school level – in Louisiana have tuition rates between $5,000 and $10,000. Only four – Isidore Newman in New Orleans, St. Martin’s Episcopal and Metairie Park Country Day in Metairie and Episcopal in Baton Rouge – above $10,000 per year.

The average funding for public schools in Louisiana comes to roughly $10,500 per student.

Marionneaux’s bill carries a fiscal note estimated at $5.3 million in cost to the state treasury annually.

The Louisiana Family Forum endorsed the measure, but the teachers’ unions and the Louisiana School Boards Association fought it in committee hearings this morning.

The teachers trotted out familiar message in opposition to the bill. Louisiana Federation of Teachers president Steve Monaghan decried incentives for private school attendance when public schools face teacher furloughs and class size increases amid budget shortages – noting that when the exemption was created “there was so much money (in the state budget) that everybody who wanted some could get a taste.”

“This one (tax exemption) hits hard because of where it hits and when it hits,” he said. “It’s the wrong message to send to the teachers in the classroom right now suffering through some very difficult times.”

Gary Reed of the LSBA cast the vote as a question whether Louisiana wants to support public education or “go full-blown for private schools.”

Marionneaux said the state has $7.1 billion in tax breaks most of which benefit business, a number which dwarfs the $5.3 million in breaks for private-school parents.

“It’s a miniscle amount but important to parents who struggle to send their child to the best school possible …who struggle day in and day out to do the best they can for their children,” said Marionneaux, who waxed philosophic about how big business gets all the breaks. Marionneaux is attempting to phase out the Louisiana state income tax, which passed in the Senate last week and will be voted on tomorrow in the House.

The three nays on the bill in committee were Rep. Billy Chandler (R-Dry Prong), Rep. Michael Danahay (D-Sulphur) and Rep. Frank Hoffman (R-West Monroe). Hoffman was a school administrator in Ouachita Parish prior to getting into politics.