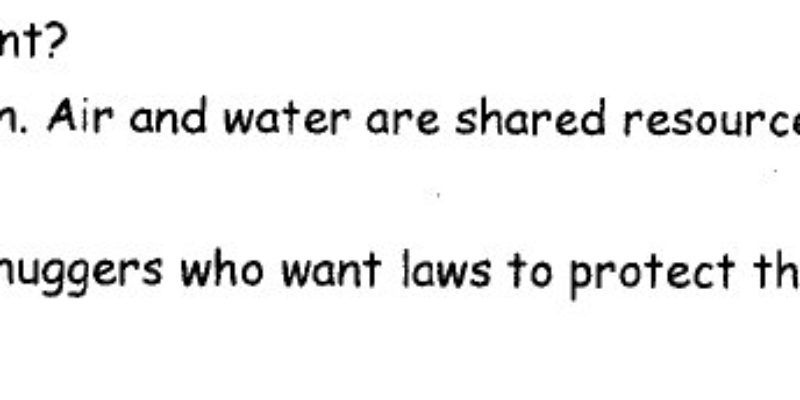 They’re having a relatively large-scale fight down in Ascension Parish this week thanks to a lefty political survey a teacher at Galvez Middle School gave to seventh-graders.

WBRZ-TV in Baton Rouge has the story…

Their social studies teacher prefaced a lesson on political parties with a survey that asked: Are you a Republican or Democrat.

“In my opinion the answers were highly skewed in order to promote one party over another,” said Terry Stehlik, who’s child was given the survey.

Ascension Parish Schools quickly sent a letter to parents to let them know the teacher made a mistake by using the “teaching tool,” and assured them it wouldn’t happen again.

You can see the survey here, but a few highlights will give a taste of what the Galvez Middle kids were subjected to.

At least part of the survey came from this.

At some point, virtually everyone has had to put up with a left-wing teacher such as the one at Galvez Middle who attempted to indoctrinate those kids into a left-wing political philosophy. Usually, there’s at least one kid in the class who resists, and is made an example of. Many of the rest of the kids then go along with the indoctrination because, after all, it’s less trouble than trying to argue with the authority figure in whose hands your GPA rests.

And people wonder why Democrats do so well with voters under 30. It takes that long for life experience to trump the crap kids are taught in classes like the 7th-grade social studies class at Galvez Middle, paid for by taxpayer dollars.