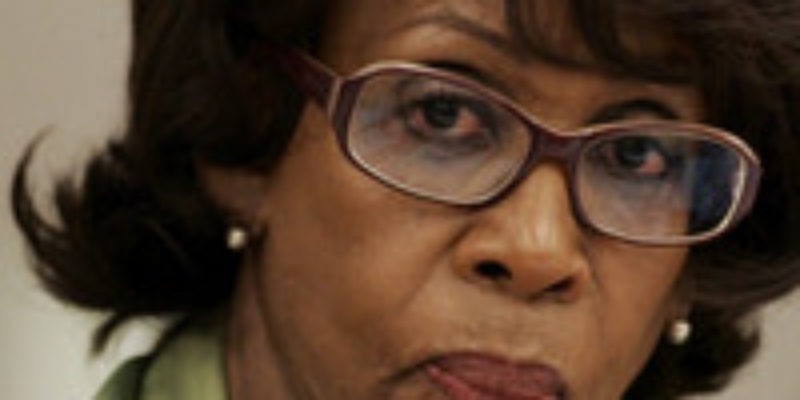 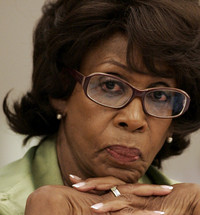 In case you didn’t already know, Rep. Barney Frank will soon be out. Not out of the closet, of course, that happened a long time ago. I’m not really sure if he was ever in the closet to start with.

Frank, who is mostly known for scandals involving male prostitutes, helping creating the Housing Bubble and talking like Sylvester the Cat, announced today that he will not be seeking another term representing Massachusetts on Capitol Hill.

If anything can throw something of a cloud on Frank’s imminent departure, it’s the news that Rep. Maxine Waters is poised to take his place on the House Financial Services Committee.

She’s in line for the post, which means she will most likely get it and could end up chairwoman of the panel if the Democrats were to somehow retake the House next year.

Waters, of California, is even to the left of Frank, but, unlike Frank, is too dumb to cloak her socialist views in other language as demonstrated by this clip in which she berates oil executives for selfishly wanting to drill for oil to lower gas prices.

Her distain for oil companies—sure to warm Louisiana hearts—rivals her hate for the tea party movement, which she would like to see burn in hell.

It’s unlikely that Democratic leaders will pass over Waters for the committee post for fear of angering the Congressional Black Caucus. Democrats might even feel she is more qualified for the job, since Frank’s most notable scandal involved prostitutes and Waters is currently ensnarled in a scandal involving money.

A long-running ethics investigation is trying to get to the bottom of a charge whether or not Waters helped secure federal money for a bank that her husband owned stock and served as a board member. The House Ethics Committee has named an outside counsel after two committee attorneys were dismissed for mishandling the case.

I’m sure that there will be lots of fun to have with Waters, but I will miss the flamboyant Frank, who was always good for a laugh, if very bad for Wall Street and the economy.

In my heart, he will always be The Banking Queen.

Interested in more national news? We've got you covered! See More National News
Previous Article ‘Super’ Politicians Fail the American People
Next Article Christie to Obama: ‘What The Hell Are We Paying You For?’