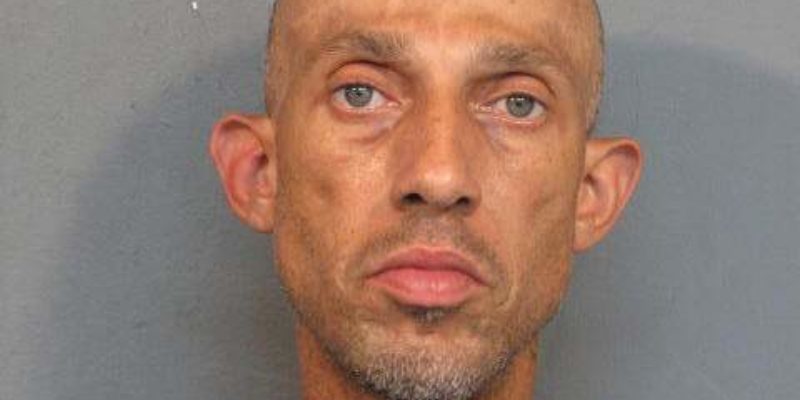 The Houma Courier has a pretty instructive story today…

A man who reportedly filled his girlfriend’s car with stolen scrap metal from a Dean Court business was arrested by Tuesday morning as he fled on foot over the Dularge Overpass.

Steven Robertson, 38, 515 Gouaux Ave., Houma, reportedly told Terrebonne sheriff’s deputies he was collecting metal to sell to buy oxycodone. He said he felt bad because of withdrawal symptoms from the drug.

At about 5 a.m., deputies got word of Robertson, dressed in black, loading metal into a white Nissan Altima. The car was still on the scene when officers arrived, scrap metal still visible in the back seat, but Robertson had disappeared.

Robertson was later spotted on the Dularge Overpass and arrested. He is charged with theft more than $500 and is being held in the Terrebonne Parish jail awaiting a bond hearing.

Robertson is precisely the villain Louisiana’s HB 195, which mysteriously sailed through the legislature in the spring with one dissenting vote in both houses (kudos to Sen. Neil Riser for that), was attempting to do away with. HB 195 makes for a bureaucratic nightmare for junk dealers, forcing reporting requirements on them which all but place them under permanent police suspicion in an attempt to stop them from transacting with unsavory types like him.

Lo and behold, though, HB 195 wasn’t used to nab Robertson. Good old-fashioned shoe leather was. Cops followed up on a tip and caught Robertson stealing scrap metal, and busted him. No liberties of law-abiding citizens were necessary to crack the case.

Congrats to the Terrebonne Sheriff’s Office for an arrest well made. They’ll have more time to pinch crooks like Robertson when they’re not poring over meaningless records the law will require junk dealers to send them courtesy of HB 195.

Interested in more news from Louisiana? We've got you covered! See More Louisiana News
Previous Article Voters Ought To Keep James David Cain Back On The Farm
Next Article Thank God For The ACLU