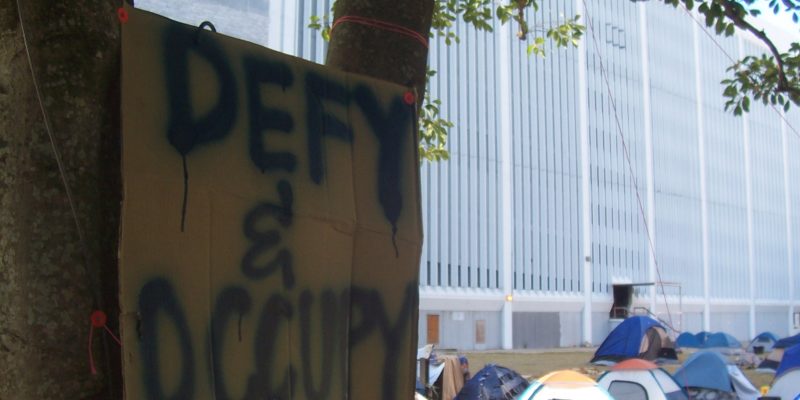 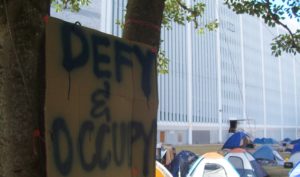 It’s been a week since Occupy NOLA protesters received a temporary restraining order from a federal judge to keep police from stepping in their First Amendment right to perpetually loiter. They are back in court today to fight for their right to party at Duncan Plaza.

These demonstrators aren’t very smart, but they have at least learned that if they scream loud enough and long enough they can have whatever they want.

To that end, they showed up at Mayor Mitch Landrieu’s home in uptown New Orleans over the weekend to throw a collective temper tantrum.

If you remember, after two months of letting the occupiers live at Duncan Plaza to the exclusion of any other group that would like to use the park, New Orleans police distributed fliers telling telling them it was time to get out or be evicted.

Hours later officers finally showed up and kicked them out, despite threats from many occupiers to hold their breath until they turned blue if evicted.

Wisely, cops threw a lot of their tents away in hopes that they wouldn’t come back. Some did come back, however, and now want to stay just as long as they please–regardless of the park’s curfew which runs from 6 a.m. to 10 p.m.

The First Amendment gives them the right to be heard, which they have. It doesn’t give them the right, of course, to set up camp in a public space at taxpayer expense or act like brats.

What’s especially annoying is that these vagabonds aren’t really oppressed and are making a mockery of The First Amendment by trying to use it in a scam to take what doesn’t belong to them, whether it’s government entitlements or a public park.

This isn’t surprising, with the entitlement society that spawn them.

If you want to understand what really motivates the movement beyond what you are fed by the Main-Stream-Media that champions them, watch this video of an obvious future occupier. It pretty much explains everything: