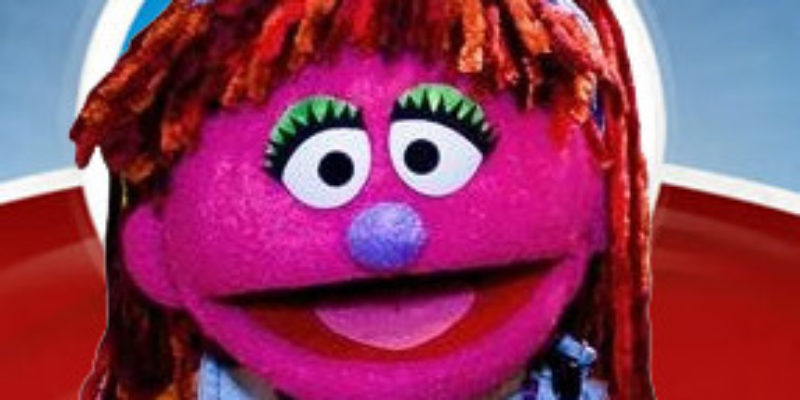 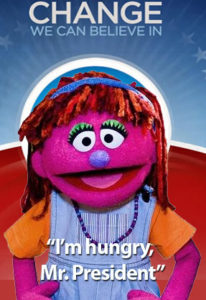 I don’t know what’s more disturbing, that there is actually a character called “Lily the Food-Insecure Muppet”  on Sesame Street or that Muppets are helping to promote government-funded food programs.

This post is not to open a debate on the worthiness of tax-payer funded school meals–although maybe Muppets’ time would be better spent telling parents to feed their own kids. Rather, it’s simply commentary on how a childrens show should stick to teaching kids how to count and sing the alphabet and leave out the advocacy.

Lily has wandered off Sesame Street to promote a national “Food for Thought” campaign to encourage more funding for government food programs to help her get over the insecurity of her family not being able to afford groceries in the Obama economy.

Rumor has it that Lily decided to get involved in the cause after not being able to look at Miss Piggy without fantasizing how she would appear served with a  honey-glaze and pineapple slices. Dumpster-diving into Oscar the Grouch’s house was also causing friction on Sesame Street, so she knew she had to take action.

The peckish puppet is now having her message circulated in places like schools and hospitals in a multi-media campaign, which includes DVDs and a booklet listing “services that can assist your family” as well as “referrals to social service agencies.”

Lily appeared at the National Press Club yesterday to speak out about food programs, where the Food for Thought campaign was touted as one that could help reduce the federal deficit –she apparently got to the meeting by riding Mister Rogers’ trolley to The Land of Make Believe..

Lily plans to lobby in Washington for expansion of school lunch programs in January at a Poverty Advisory Board meeting.

It should come as no surprise that the Muppets are up to their plastic eyeballs  in politics. This is something that’s been going on for years, according “Friends” co-creator Ben Shapiro, a Hollywood insider who chronicled  Sesame Street pushing a progressive agenda in his book, Primetime Propaganda.

Sesame Street has been working to brain-wash kids for years.

I haven’t seen the new Muppet movie yet and don’t plan to, but I have read that it promotes an anti-capitalist agenda by setting up business people–as countless other Hollywood movies have–as evil, greedy pigs.

Maybe its time for conservatives to start an Occupy Sesame Street movement or better yet, cut off tax-payer funding for PBS. I’ll bet that would, at least, help pay for more school lunches.

I’ve been kind of hard on Muppets, but they will always have their fans. Here is a letter from one of their biggest supporters, courtesy of funnyordie.com: 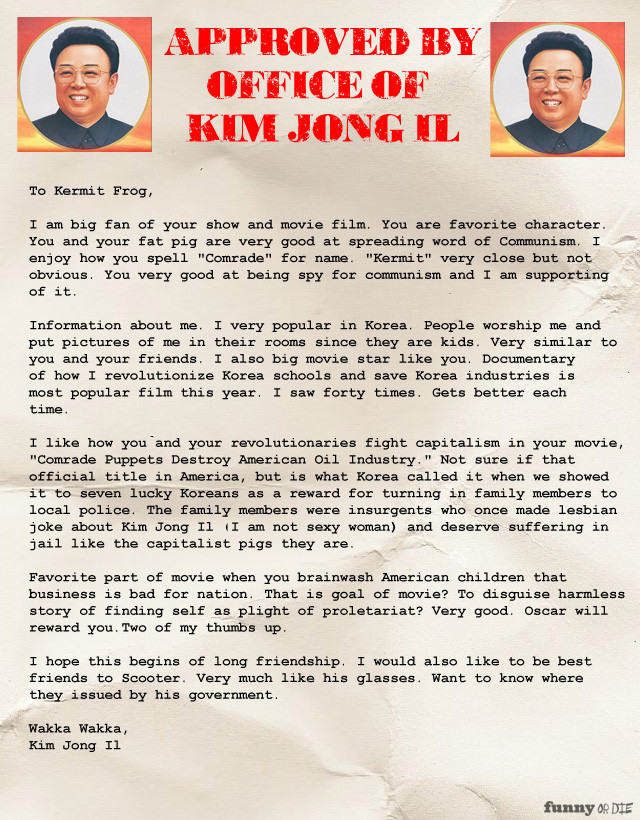