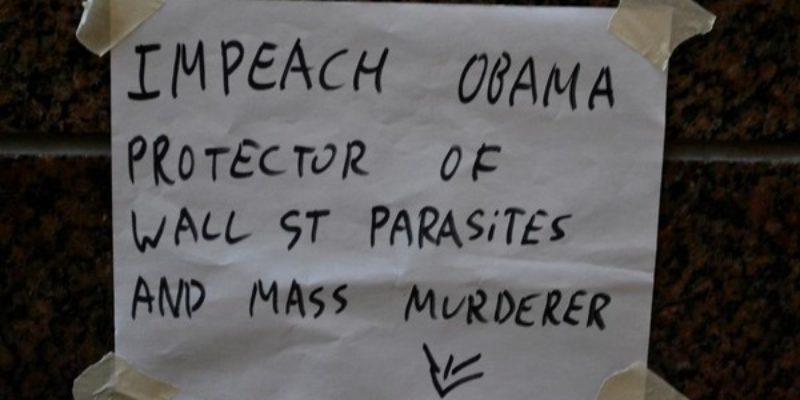 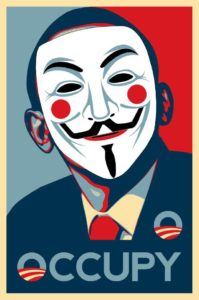 In a classic case of be careful who you get into bed with, members of Occupy Wall Street demonstrated in Manhattan yesterday against President Obama’s trip the Sheraton Hotel for a Democrat fundraiser, in which he asked a bunch of Wall Street types to shell out money.

Folks from Wall Street might not be so open with their pocket books this time around after Obama berated at a White House press conference in which he supported the Occupy Wall Street people, who are working to express “the frustration that people feel.”

Well, Mr. President, how does it feel that you are now a target of all that frustration from the occupy movement?

It is amazing how stupid Democrats have been by trying to glom onto the occupiers for some kind of political advantage. They should know that they, like anyone who holds power, will eventually end up in the protesters’ crosshairs.

These are people who will never be satisfied, because their utopia dream of living in a society with no leaders in which everything is equal will never happen. If some of their demands are met–whatever those demands might be–they will simply turn on each other demanding more.

It kind of reminds me of something I read last night in The Autobiography of Benjamin Franklin. Yes, I read stuff like Ben’s autobiography to unwind –that’s just the hip kind of guy I am.

Anyway, Franklin, as a young man, wrote a list of observations he had learned from self-educating himself on history.

One of his observations was “That as soon as a party has gained its general point, each member becomes intent upon his particular interest; which, thwarting others, breaks that party into divisions, and occasions more confusion.”

Franklin wasn’t referring to parties in the sense of what we think of as modern political parties, he was writing about splintering factions that arise among groups of people who want some political end. His assertion was that members of these factions seem to always end up at war with each other when they have defeated a common enemy.

He wrote his observations in 1730, well before the French Revolution, which is perhaps history’s greatest example of how those who help start a revolution can, ultimately, be consumed by it. 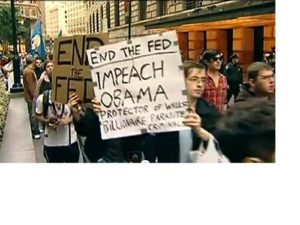 Since the occupy movement is nothing more than a hodgepodge of people advocating a myriad of causes –from environmentalism to anarchism–their lashing out at people like Obama and others in power that have given them a supportive nod will be accelerated.

Prominent Democrats who think they will be able to use the occupiers to cement their power will eventually be taught that the movement will  turn on them as viciously as any conservative, because there isn’t anyone who will be able to meet their ill-defined, impossible demands.