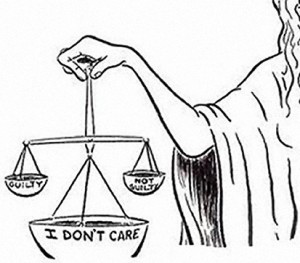 Louisiana election officials are being warned not to go for “consent-agreement” settlements to end motor-voter lawsuits like those filed by the Association of Community Organizations for Reform Now (ACORN) and Obama’s Department of Justice.

The warning is coming from Anita MonCrief, a former employees of ACORN’s Project Voter who testified against the organization in connection with voter registration allegations from the 2008 election of Obama.

What MonCrief is saying is that the agreement, like one signed by New Mexico to settle a similar suit, basically would forbid election officials from expunging illegitimate names from voter rolls.

The lawsuits against election officials are brought for violations of Section 7 of the National Voters Registration Act, signed by President Bill Clinton in 1993. The law mandates that voter registration services be included in social services departments to make sure those who are getting public assistance are registered.

Funny thing is that the Obama Administration seems to cherry-pick which violations of the law it wants to prosecute, as this recent letter from Sen. David Vitter to Attorney General Eric Holder outlines:

I’m deeply concerned with the Department of Justice’s selective enforcement of the National Voter Registration Act (NVRA), including in my state, Louisiana.  News reports indicate that valuable resources were used to send undercover investigators to my state of Louisiana to interview welfare recipients to determine if state welfare offices are urging them to register to vote.  The Department later filed a lawsuit against Louisiana alleging that the state has violated its obligations under Section 7 of the NVRA.

However, at the same time, absolutely no effort is being made to enforce Section 8 of the same law.  Section 8 requires states to conduct voter roll cleaning to purge ineligible felons and dead voters from corrupting the election process.  The two provisions act together as counterparts, but it is evident that the Justice Department is not enforcing them equally.

Section 8 is a key component of the law, because the longer these fraudulent names remain on a registration list, the greater the chances that a fraudulent vote will be cast in their names.  As we approach an important presidential election in 2012, your dedication to enforcing both sections of the law to avoid fraud is paramount.
In recent years there have been reports that the administration is not interested in enforcing the Section 8 provision of the law.  Christopher Coates, former Chief of the Voting Section of the Civil Rights Division, testified before the U.S. Civil Rights Commission that Julie Fernandez, who was appointed as the Deputy Assistant Attorney General for Civil Rights in 2009, told the Voting Section that the Obama administration was not interested in issues related to Section 8 and list maintenance enforcement activity.

In 2009 the administration dismissed without explanation a lawsuit filed against Missouri Secretary of State Robin Carnahan during the Bush administration over her failure to comply with Section 8.  Former Voting Section lawyer Christian Adams confirmed this in his 2010 testimony before the U.S. Civil Rights Commission.  Since returning to private practice, Adams has sent a series of warning letters to sixteen states in obvious violation of the law.  These allegations are not based on mere speculation, but on a report filed with Congress by the U.S. Election Assistance Commission in June 2009 on the impact of the NVRA.  The report includes voter-registration statistics for 2006-2008.  According to the data, several states including Maryland, Arkansas, Massachusetts, Oregon, and Tennessee did not remove a single dead voter during that two-year reporting period.

Adams has utilized the private right of action under the NVRA because the Justice Department has inexplicably refused to sue any of these states for violation of Section 8.  Even worse, South Dakota, Mississippi, Texas, Kentucky, and Indiana all have more registered voters than people of voting age according to the Census.  According to the EAC report, eight states appeared to be in major noncompliance with the list maintenance requirements of Section 8 of the NVRA, yet the Civil Rights Division failed to take any action.  Christopher Coates has also testified that while he was Chief of the Voting Section, he actually assigned attorneys to work on this matter but was never given approval to go forward with Section 8 list maintenance investigations in any of these states.

I agree with Coates’ statement that it is an abuse of discretion to “decide not to do any enforcement of a law enacted by Congress, because political appointees determine that they are not interested in enforcing that law.”  I can think of no justifiable reason why the section of the Justice Department tasked with the responsibility of enforcing the NVRA failed to do so.  It’s appalling that a private citizen has to carry out the responsibility of the Justice Department.  I am especially concerned that the Department appears to have refused to fulfill its duty for ideological and political reasons that have nothing to do with the impartial administration of justice.

When Tom Perez, Assistant Attorney General for the Civil Rights Division, announced the lawsuit against Louisiana, he stated:  “The department is committed to enforcing the National Voter Registration Act so that neither income nor disability status stands in the way of equal voter registration opportunities for all citizens.”  Justice must fully enforce this law, rather than refusing to enforce the voter list integrity provisions while making the welfare agency registration law its top priority.  The Civil Rights Division does not have the right to pick and choose which laws are worthy of enforcement and which ones are not.  I urge you to personally ensure that the Justice Department does not enable voter fraud by neglecting to enforce Section 8 of the NVRA.

I look forward to your response, detailing exactly how the Department of Justice will ensure full enforcement of all sections of the law, including Section 8.

What the letter from Vitter doesn’t address is that there are currently five Louisiana parish –Orleans, Cameron, St. Helena, St. Bernard, St. Landry and Plaquemines–where there are more registered voters than there are people living in the parish who are eligible to vote.

In another instance of selective prosecution, Holder infamously never pursued a voter intimidation case in Philadelphia in the 2008 presidential election of Barack Obama in which members of the New Black Panther Party stood in front of polling places brandishing billy clubs. I have a little first-hand knowledge of some of the shenanigans that go on in Philadelphia on Election Day.

I lived there for awhile and had to get help from a lawyer representing the Republican Party to get poll workers to remove Al Gore campaign signs from INSIDE polling places during the 2000 presidential elections.

The Pelican Post also makes reference to Project Vote’s push to get rid of laws that require voters to have an identification hard in order to be able to vote, quoting Matthew Vadum, a senior editor at the Capital Research Center (CRC) in Washington D.C.

Project Vote and other “left wing groups” are also making a concerted effort to challenge photo identification laws across the country, Vadum noted.
“All Americans have to get ID to drive, collect public benefits, borrow library books, so why should one segment of the population be exempted?” he asks. “The only reason to oppose photo ID requirements for voting is to allow voter fraud to take place.”
Since 2004, Project Vote has received almost $25 million from left-leaning institutions and foundations, according to data compiled by CRC. Some the biggest donors include the Tides Foundation, the Vanguard Charitable Endowment Program, the Irving Harris Foundation, the Rockefeller Family Fund, the George Soros-backed Open Society Institute and the Barbara Streisand Foundation.

I found demonstrators at Occupy NOLA who are also pushing this.

I costs just $21 for a identification card in Louisiana and this bozo wants taxpayers to fit the bill. That’s astounding, considering a Heritage Foundation study done a few years ago revealed that most people who live below the poverty line in his country have a car, air conditioning. two color televisions, cable or satellite TV, a DVD player, a VCR, an Xbox or a PlayStation among other amenities. 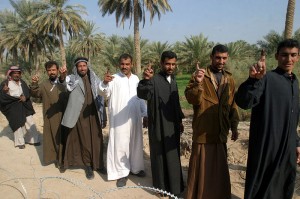 How shameful, especially when contrasted to the image of Iraqis who risked their lives to vote in the country’s first free election in 2005 who were holding up ink-stained fingers that made them a target for insurgents.

It’s little wonder that the Obama Administration, ACORN and other leftists are fighting to make sure that voter fraud remains alive and well. It’s essential to the re-election of so many Democratic politicians.