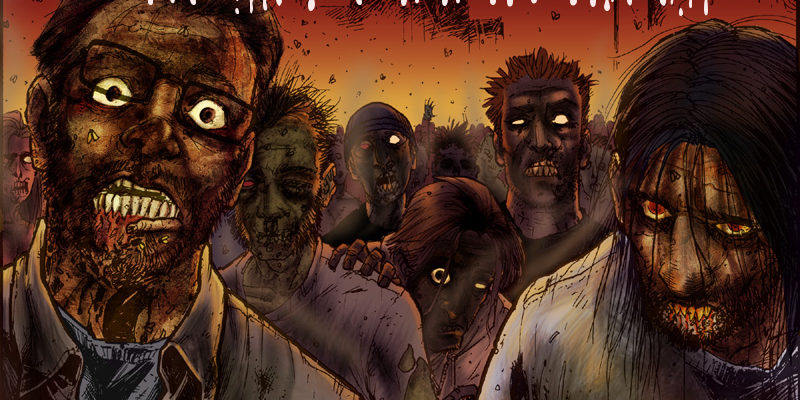 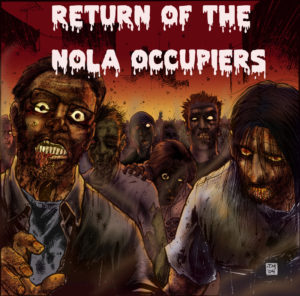 Like a bad horror movie, the occupiers have returned to Duncan Plaza following a temporary restraining order against police being issued in federal court.  The Occupy NOLA group, which have claimed the park as their personal domain, were evicted from Duncan Plaza by New Orleans police yesterday before the hearing.

The city was smart to take that preemptive strike against the occupiers and throw a lot of their crap into dumpsters–which probably scattered many of them back to the streets from whence they came.

The new court order lets Occupy NOLA live in the park for another week, until a full hearing can be held.

Occupy NOLA is treating this as a victory, but they shouldn’t rejoice too loudly. Their two-month stay at Duncan Plaza has already cost New Orleans tax payers $50,000 and the city is growing impatient. They will have to leave soon, no doubt.

The irony of the occupy movement is that they wail about their First Amendments rights, but advocate an anarchical society where those rights wouldn’t exist.

As this occupier admits, anarchy would never work even though he is an admitted anarchist. What it would lead to, after people cry out for somebody to step in and take control once society began to really fall apart, would be dictatorship.

He would have no First Amendment rights and if he spoke out against the powers that be, they would simply put a bullet in his head.This is far from hyperbole, it’s just simply the way things have worked throughout history and the way things are in much of the world.

Read a little about the French Revolution, the Bolshevik Revolution, the Cuban Revolution or just look at what is currently happening in the so-called Arab Spring in the Middle East. There Islamist are taking control in uprisings that were billed by supporters in this country as Jeffersonian. Not Hardly.

These kids living in Duncan Plaza are nothing more than mindless zombies that are being used as foot soldiers by people like George Soros, Big Labor and other stateist who want to seize power. If they ever were to be in charge, they wouldn’t give a rat’s ass about these kids’ First Amendment right to live in a public park on the tax-payers’ dime. They would just shoot ’em in the head and dump them in Lake Pontchartrain. Problem solved. No court order needed.

Like movie zombies, the occupiers time would be better spent out hunting for brains. As a public service, I present this old news reel that will prepare you on how to deal with any zombies or occupiers you happen to run across. Remember, however, that this movie is somewhat dated and these days the zombies ARE Communist.