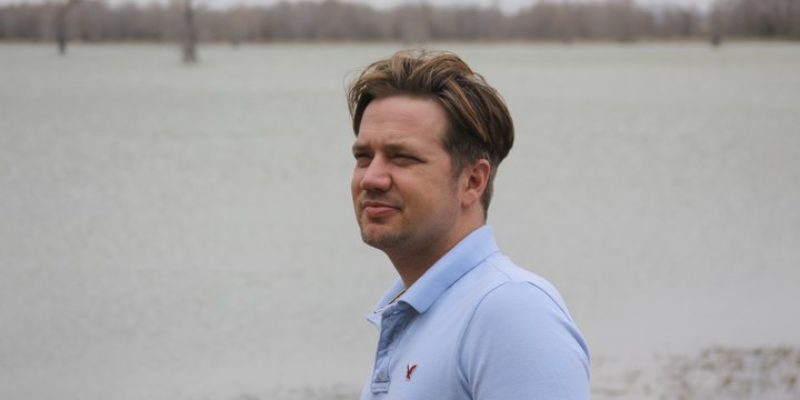 Periodically, we are treated to stories like this one in today’s issue of The Advocate about green job growth. While it’s not a bad piece, it’s the things typically left unwritten in articles about the so-called green economy that sticks in my craw. Green jobs are a great idea, in theory. I mean who in their right mind could be against environmental-friendly employment that lessens our dependency on things like foreign oil while boosting the economy?

The first thing you have to understand in starting discussions on calculating the impact of green jobs on an economy is that no one really has a handle on what really constitutes a green job. The definition is so broad that numbers of people who work in green jobs is easy to inflate to make it seem a larger part of  an economy than it is.

A scientist who works in a lab developing bio-fuel technology, like this guy, can easily said to be working in the green economy: 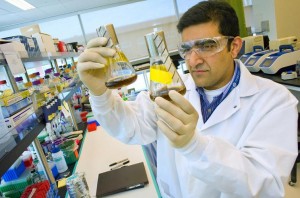 The problem is that this guy, who hauls dirt in a fossil fuel-belching truck to the Louisiana Gulf Coast for a restoration project, also has a green job: 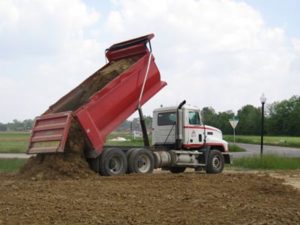 You could even find a way to include this guy, who walks along the highway collecting cans for beer money, in the green economy: 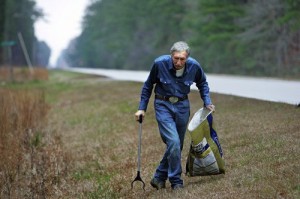 The Advocate story says that a 2010 study funded by the U.S. Department of Labor puts the number of people employed in the green economy in Louisiana at 97,800, including direct and support jobs–roughly 5.3 percent of state employment.

Indirect job creation is always a relative thing and when you take them away, you have 30,205 green jobs in Louisiana—or 1.6 percent of the work force. The real question that should be asked is how many of these jobs would there be without government mandates and funding or some other kind of subsidy?

That an easy one–about zero percent.

Much of future projections for green-job growth in Louisiana is for in coastal restoration, funded in part by oil and gas revenues–you know, fossil fuels—in compliance with federal law.  Fines to BP through the Clean Water Act fines combined with government money will pay for much of the state’s green job expansion.

Government money is, of course, always a primary factor relied upon to get green companies started and to keep them running. Usually jobs promised don’t plan out and the government is forced to dump more and more money into a venture that just isn’t able to stand by itself.

Sometimes green companies aren’t even able to get off the ground, even with government investing large sums of money and communities investing a lot hope in badly needed jobs.

Next Autoworks, formerly V-Vehicle Co. was going to mean 1,400 manufacturing jobs, with a $40,000 annual salary, and an additional 1,800 indirect jobs for the Monroe region. It never happened, of course, although the state put up an incentive package totaling some $140 million, along with $15 million from Monroe-area local governments as well as a $320 million in federal loan money on its way.

Now we are promised about 1,300 direct and indirect jobs from Sundrop Fuels, which is building a $450 million bio-fuel plant in the Alexandria area.

The company is also getting help starting up from Louisiana FastStart and will be using iLouisiana’s Quality Jobs, Industrial Tax Exemption and Research-Development Tax Credit programs and a private activity bond allocation of $330 million or greater.

Sure there will be jobs created by Sundrop, which looks more viable than the Next Autoworks mystery car.

The problem, besides the fact that most green companies can’t exist without subsidies, is that the green industry has a nasty habit of hampering economic growth more than helping it.

Case in point is President Obama’s initiative to increase the country’s energy efficiency by installing 20 million smart meters over a five year period, which was said would create 1,600 jobs.

Sounds good, except when you realize that about 28,000 jobs would be lost among meter readers by the federal government spending money to replace old meters.  And, of course, we have instances like the Solyndra scandal, in which taxpayers were forced to shell out over half a billion dollars to a green company that went bankrupt.

How many jobs are lost because of money diverted from the private sector to pay for green job creation can never fully be know. In the essay “What Is Seen and What Is Not Seen,”  French classical-liberal economist Frédéric Bastiat explains the tendency to recognize only the intended consequences of an action and ignore subsequent effects.

He writes that governments produces nothing independent from the resources and labor it diverts from private uses. When government uses tax money to create jobs, it’s easy to see the people who are working them. What’s unseen are the jobs that have been lost or not created in the private sector to fund the government programs.

Spain, which has a staggering 22.9 percent unemployment rate, has been lauded by Obama for it’s spearheading green job creation and held up as a example for the United States to follow.

Here is a video from a couple of years ago from Glenn Beck’s old Fox News show about what the government funding the green industry did to Spain’s economy. This was back in the good old days when unemployment was at 17.8 percent in the country.

A 2009 study from Madrid’s King Juan Carlos University revealed that for every green job the government help create, 2.2 jobs were lost in competing industries or due to lay-offs workers to cover the higher energy of the green technology.  And only 10 percent of green jobs were permanent at a cost of $753,000 to taxpayers for every job created:

Obama’s  Hiring Incentives to Restore Employment (HIRE) allocates $150 billion to move our economy toward a more green economy by 2020, but the non-partisan Congressional Budget Office Director Douglas Elmendorf warned a Senate energy panel that, “The net effect of that we think would likely be some decline in employment during the transition because labor markets don’t move that fluidly. The fact that jobs turn up somewhere else for some people does not mean there aren’t substantial costs borne by people, communities, firms and affected industries.”

Which is to say that more jobs would be lost than created by making our economy greener while using $150 billion in tax payer money.

Louisiana had an abundance of natural resources and if wood-waste for trees or anything else can be used for energy in green job creation, count me in.

For green industry to create real jobs, however, they have to be able self-sustaining entities that make products better and more affordable than they are made by non-green companies. Until we see real evidence that is happening, I wouldn’t be getting too excited about green job growth in our state.

Interested in more national news? We've got you covered! See More National News
Previous Article Iranians To Obama: You Can Have A Toy Model Of That Drone Back, But Not The Real Thing
Next Article Support For SOPA, PIPA Vanishes Amid Massive Online Protests