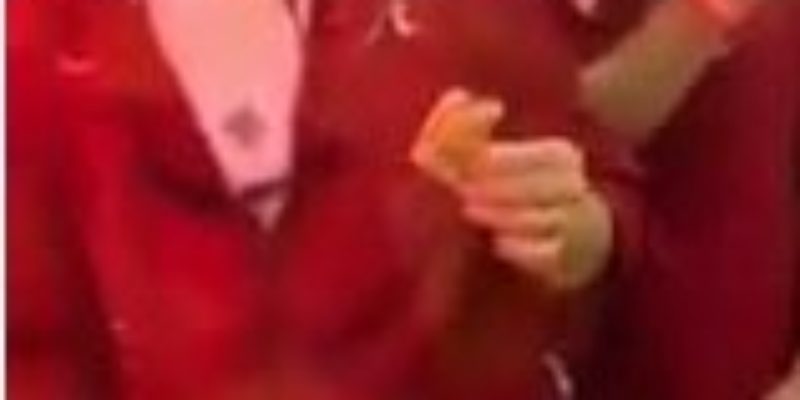 UPDATE #4: And you should see Deadspin’s latest on the case about Downing turning himself in. We’re not going to let that cat out of the bag – you’ve got to read it for yourself.

UPDATE #3: Not sure what to make of this. Either the NOPD is even more dysfunctional than their reputation suggests, or the local yokels in Phenix City are full of it…

Russell County authorities say they have contacted Brian Downing, an Alabama fan who allegedly was photographed placing his genitals on an unconscious LSU supporter in a New Orleans Krystal restaurant after the Jan. 9 college football championship.

New Orleans police, however, denied the report, saying they had heard no new developments in the investigation.

“Our detectives have not confirmed anything like that. This is totally inaccurate information,” said Frank Robertson, public information officer for the New Orleans Police Department. “We have not even talked to this person.”

But Russell County Sheriff Heath Taylor, who said he and Downing are cousins, confirmed Downing and Phenix City attorney Walt Gray came to the sheriff’s office about 2:15 p.m. today. While there they spoke with New Orleans Police Detective Cory Lymous, and then left for Louisiana, Taylor said.

At that time, no arrest warrants had been issued in the investigation, Taylor said.

“They said if any warrants were issued before he could get to New Orleans, he could turn himself in there,” Taylor said.

UPDATE #2: Kudos should go out to Outkick The Coverage as well, which has perhaps the most entertaining post on this subject yet – including the revelation that Downing’s mom had not the faintest clue what was going on (gotta feel for her, but then again this can’t be THAT big a surprise)…

OKTC has spoken with the New Orleans police department multiple times and just moments ago the police department confirmed they have this individual’s name, location, and employment history and are pursuing the investigation.

Brian Downing is listed on Bizfinder.com as the manager of the Hibbett’s Sporting Goods in Tuscaloosa.

Asked if that was because of the video, Myers said, “No comment.” (I would hope that if you didn’t fire someone for teabagging another person in a viral video online you wouldn’t just say no comment).

Provided with a phone number for Downing, I called the number and his mother answered the phone at his house. She hadn’t heard any of the teabag story yet, but she seemed like a very nice woman. As awkward phone conversations go, this ranks right up there with calling a girl for the first time in 7th grade. I’m not going to quote her because she seemed so stunned by what I told her, but she promised to call me back.

Honestly, you try and tell your own mom what teabagging is.

Prior to this firing by Hibbett, Downing worked at the Hibbett Sporting Goods in Columbus, Georgia.

ORIGINAL: Outstanding detective work, though it looks a lot like the guy has some enemies who outed him. His name’s Brian Downing, of Smiths Station, Alabama…

A tipster told us the other day that the assailant in the Krystal teabagging incident—a “sexual battery,” as far as New Orleans police are concerned— was a man named Brian from Phenix City, Ala. We think we’ve found him.

We’re leaving his last name off for now, but two different sources emailed us identifying the same Brian; one provided the photos you see here and gave us Brian’s phone number, address (it’s not Phenix City, it turns out, but nearby), the name of his wife, and the sporting goods store where he supposedly works, Hibbett Sports. The Facebook profiles for both Brian and his wife have been pulled, but we found this photo lurking in Bing’s cache (recall the tipster who ran into Brian and his “3 month old baby” at The Rusty Nail in New Orleans):

There are multiple pictures posted of the guy. And then there’s this…

This morning, we called Phenix City Hibbett store and asked for Brian. The guy who answered provided the number to a Hibbett in Columbus, Ga. “That’s the store,” he said. “That’s where you’ll get your story.” We called the Columbus store, asked for Brian, and had the following exchange:

“Is he no longer there because of a video he appeared in?”

“Do you know how to get in touch with him?”

We’ve left a message with New Orleans police. We’ll update when we have more. 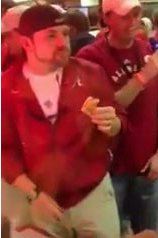 Sucks to be you, Brian. You need a lawyer.

Interested in more national news? We've got you covered! See More National News
Previous Article I Got Somethin’ For All Y’all Geico Gecko Fans…
Next Article Hayride Cartoon: Bet Newt Wishes His Ex’s Were In Texas—With Their Mouths Shut…