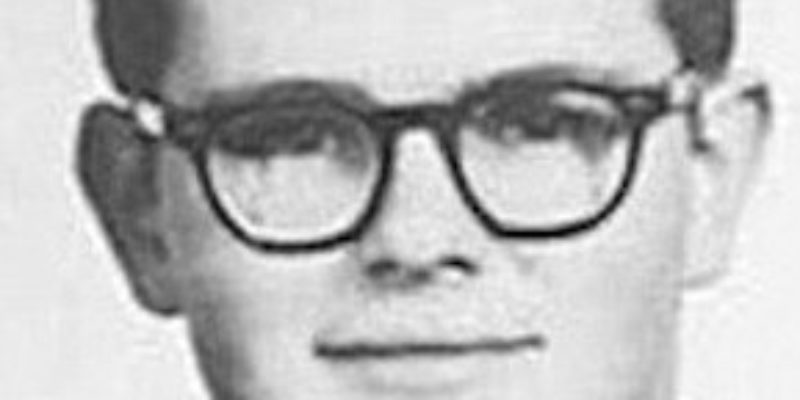 Could there be more to a campaign promise made by Newt Gingrich to build a moon base than simply an appeal to those affected by high unemployment on Florida’s Space Coast in the wake of the government shutting down the space shuttle program? I admit that the whole moon base thing from Gingrich had confused me from the get-go, until I ran across this high school yearbook photo. It explains a lot: 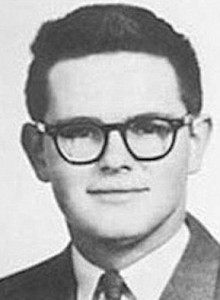 I now believe that Gingrich is a more savvy politician than the media suspects and he is floating the moon base proposal to see how it will play with an untapped demographic–the nerd vote.

I know that is sounds like a far-fetched idea that might lead some to suspect that I am just reaching because everything I have read in the news today bores the snot out of me. People who think this are probably just jealous that they don’t have my gift of reading between the headlines to uncover what’s really going on in the political world. If they did, they would have to be news nerds like me—which gives me extra insight to what Gingrich is up to.

We’ve recently watched candidates pander to the Hispanic electorate in Florida by talking smack about Fidel Castro to Cuban-Americans, so why not reach out for a voter bloc that crosses lines of both race and class.

Nerds can be found in every ethnic group and in every state and social status you can imagine.

Contrary to popular belief, they are not all super-smart math-whizzes who make six-figures. That’s just a stereotype. Nerds can be just as dumb and poor as you average journalist. It’s not a very big secret that most newsroom are, in fact, populated by nerds.

The moon base question was first raised in a debate by Mitt Romney to discredit Gingrich, which I think could come back to haunt Romney if Gingrich keeps working to shore up the geek demographic.

A little research reveals that Gingrich chose the caption “Specialisation may produce success, but greatness is acquired only through generalisation,” under the yearbook picture. I don’t really know what that means, but it probably makes a lot of sense to trekkies who spend time arguing whether the Spaceship Enterprise could take out the Death Star.

At any rate, Romney has a lot of catching up to do if he decides to make a play for the nerd vote, as evidenced by the governor’s year book picture: 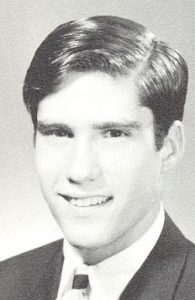 While I can see hints of dork in the photo, it in no way compares to the inconspicuous uncool we see in the Gingrich picture.

Romney’s playful smirk—sure to raise a red flag for the dweeb demographic–could even be considered kind of cool.

Digging a little deeper into the high school record, we find even worse news for the presidential hopeful—he was an athlete.

Romney played on his school’s hockey team and ran track.

The pudgy Gingrich, who probably lettered in chess, could use the governor’s jock past against him in a clever commercial depicting a Romney look-alike penning a four-eyed voter against a gym locker that asks’ “Do you really want to give the White House to a guy who used to give you wedgies?”

I’m not saying that Romney was definitely cool in high school. Much like his conservatism, there’s mixed record and it’s hard to be certain about Romney’s cool credentials.

He could easily counter attacks that he was never part of the pocket-protector set, by pointing out that he was a member of the cheer leading squad. Gingrich could always say that that male cheerleaders have to be physically fit and that they get to hang out with good-looking girls. Romney might have better luck by using his time spent on the glee club to blunt attacks from Gingrich. The former Speaker of the House would have a harder time making that seem cool in any way.

A lot of political nerds seem to support Ron Paul these days, but he could be in trouble if this were to get out: 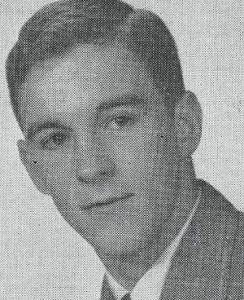 Paul was actually kind of a good looking guy back in high school–who knew?–and he probably had a lot of female admirers.

It might not take much time for an opponent to dig up an old school mate who would admit that she and a lot of the other girls had a crush on the Texas congressman.

He might have even dated a good looking girl or two, which would be devastating for his chance to lock down the nerd vote and I think Paul is going to need every vote he can get to make his candidacy successful.

He has a things in his past that could really hurt him in appealing to dweebs, bookworms, dorks, twerps, doofuses and nerds that might fall into any of the demographic’s subgroups.

Paul was on the school wrestling team, as well as the track team, and his fellow students elected him the student council president.

Nerds don’t get elected for office until after they leave high school, so Paul is really going to have to work hard to sway spaz voters.

That was a long time ago, he could say, while arguing that his clothes never seem to fit him right these days and that he was going on and on about the Federal Reserve long before it was cool to do so. He could even say that it’s still not cool to talk about it, but that might make it easy to portray him out of touch with nerd voters.

The guy whom might give Gingrich a real run for his money and could even be able to lock down the nerd with just his high school photo is Rick Santorum.

Gingrich could go on about moon bases all he wants, but he might have to promise to appoint Leonard Nimoy Secretary of State if this ever gets out: 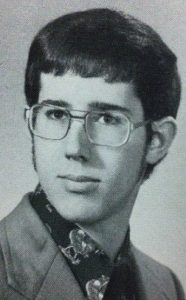 There would be no way to say that Santorum was ever cool.

Gingrich could search through every page of this loser’s yearbook from Carmel Catholic High School–where he graduated in 1976 in Mundelein, Illinois– for vestiges of cool Ricky, but he wouldn’t find any.

There are no accomplishments listed by his name, because—well, ya can’t list what ya don’t got. And, man, this picture shows that Rick just didn’t have it.

Gingrich is smart to come out with the moon base stuff now, before this picture becomes widely circulated.

Recently, he suggested for the second time that Santorum get out of the Republican primary race. This picture could very well be the reason.

Gingrich has taken a lot of heat for his moon base comments and he knows that all of his work to secure the nerd vote would be for naught if this picture start filling up computer geeks email boxes.

Santorum wouldn’t even need to use clips of him whining like a big titty-baby about not being asked enough questions in debates—the picture says it all.

So, it’s still not certain who will be able to win the nerd vote. It’s a voter bloc that shouldn’t be ignored, however, and I’m glad that Gingrich is working to make nerds a part of the national debate. Like Gilbert from the Revenge of the Nerds movies said, “We have news for the beautiful people, there are a lot more of us than there are of you.”

Interested in more national news? We've got you covered! See More National News
Previous Article Why Is Romney Up In Florida? Money, Plain And Simple
Next Article Posted Without Comment (Or At Least Without A Lot Of Comment)