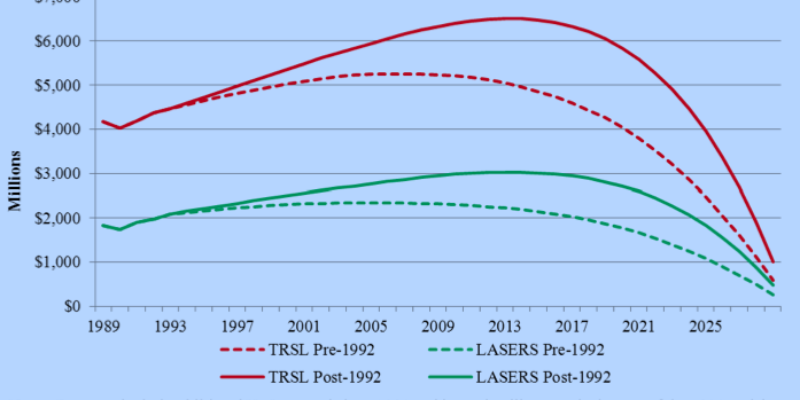 Commissioner of Insurance Jim Donelon recently announced that former state Rep. Noble Ellington has been named chief deputy of the department—a job that pays $150,000 per-year and will substantially increase the ex-rep’s retirement pension. 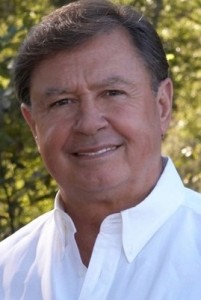 Ellington, of Winnsboro, was a long-time Democrat who served 24 years in both the state House and Senate before switching to the Republican Party in 2010.

He decided not to run for re-election last year and the District 20 House seat was won by Steve Pylant, another Republican from Franklin Parish.

In the interest of full disclosure, I know Noble pretty well and he has always been a straight shooter with me.

I called him up today to ask him about his new job and what he thought about criticism in the press which characterizes his appointment as simply part of the spoils system that has been in place in Louisiana politics for too long.

The way the law is currently set up, Ellington’s pension will be based on what he makes over the next three years – as opposed to what he made serving 24 years in the legislature.

Ellington’s appointment is the latest in a growing list of former legislators that have stepped into state jobs as the Jindal administration gears up for a second term.

All of this, of course, looks a lot like the Good Old Boy network that Jindal once promised to end.

It had been previously been reported that Ellington was being considered for the No. 2 Department of Insurance job, but he said that the post wasn’t proposed to him until after he decided not to run in the fall elections.

Regardless of what people might think, Ellington said, he was chosen for the job because his time spent in the legislature makes him an especially good fit.

“What I do have is a lot of experience with the legislature and good relations with people in the House and Senate. I don’t see this as Good Old Boy. I feel that I am just more qualified than most people would be to do this job.”

He also had good things to say about Donelon, the man whom he will be working under.

“Jim is about the most upright guy that I have ever been around. He didn’t just give me a position. He asked me if I would be willing to work hard 40 hours a week and I told him that I would be,” Ellington said.

The primary job of chief deputy is to give input on bills related to insurance for legislators to introduce in the House and Senate. Ellington also would become interim commissioner if anything happened to Donelon and performs the commissioner’s duties when Donelon is away.

Ellington served on the House Insurance Committee for the past four years and said he has spent much time working toward legislation to help lower the cost of heath care insurance in the state for the coming legislative session.

He hopes to be able to rely on his position at the American Legislative Commission (ALEC) to help move things along in his new job. He was president of the ALEC last year and is currently a chairman emeritus on the board of the organization, which works to foster good relationships between businesses and state legislatures. Ellington ‘s work with ALEC has helped him build relationships with people in the insurance business that will be an asset to the department, he said.

Since, Jindal’s pension reform is a hot topic and Ellington has just started a job that will give him a nice-sized pension, I had to ask him what he thought about the governor’s plan.

Jindal’s reform proposal only concerns the Louisiana State Employees Retirement System (LASERS), of which Ellington is a member. LASERS has liabilities of $6.45 billion. The reform proposal exempts the state’s other three retirement systems: teachers, with a $10.8 billion liability, other school employees and State Police retirement.

The governor would like to see pension benefits for LASERS calculated using salaries over the final five years of employment, the retirement age raised to 67, increase employee contributions from 8 percent to 11 percent, eliminating cost of living increases for retirees and eliminating a defined benefit plan for new hires in favor of one where employees would get one lump sum based on a 401K-style contribution plan.

Ellington is 69 years old. He didn’t want to comment too much on Jindal’s plan because it said that wouldn’t be wise to do as the new deputy chief of the Department of Insurance.

“It doesn’t directly affect me, because of my age, except the part about extending benefit calculations from three to five years. I plan to be here at least that long, so it’s not a big deal in my case…I will say this much–I’ve been part of the legislature for the past 24 years and I know what’s wrong with the system is not employee contributions. The employees pay their part. What caused the Unfunded Accrued Liability (UAL) is the state hasn’t been putting up its part. We passed legislation that the state would pay the unfunded liability by 2030, but the state is still not putting up its part.”

The UAL is best explained by the gap between the money that the state retirement systems have available and the amount of money it would take to pay retirement benefits if everyone retired at the same time. The Louisiana Legislative Office put that gap at about $18. 5 billion.

In 1992, the payment schedules were modified to reduce payment amounts and increase the the debt. 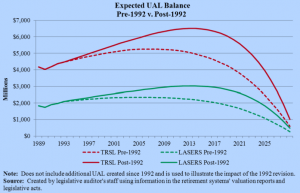 Looking at the burden that pensions are putting on the state, it’s easy to understand the criticism heaped at legislators who are given high-paying state jobs after they leave the legislature and push their pensions up.

It’s also easy to understand how state workers with 30 years under their belts–making considerably less–who aren’t given a giant pay-boost toward the end of their careers might look at these kind of appointments as indicative of the Good Old Boy network.

With this being said, Ellington has a point that legislators like he are uniquely qualified for jobs that deal with the intricate working of state government, including making laws.

It’s nothing new for those who have spent years in Louisiana politics to end up the kind of jobs the Ellington has been given.

While he is officially replacing Denise Brignac–Donelon’s chief of staff– he will be really stepping into the shoes of Al Ater, the man who first recommended Ellington be the next chief deputy at the Department of Insurance.

Ater, former state representative from District 21 and secretary of state before holding the job that Ellington has now, is my neighbor.

I wouldn’t look in his mail box, but if I ever did I might find an occasional nice pension check.