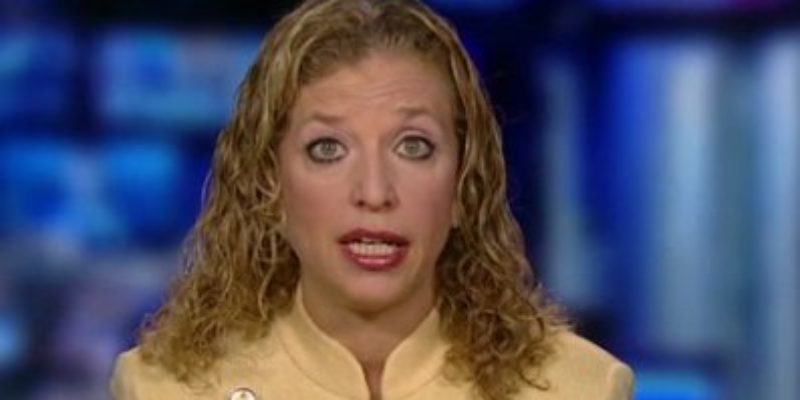 The producers of Fox And Friends must have decided to put their viewers in a lousy mood this morning. Otherwise, one wonders why on earth they’d subject the folks to an early-morning dose of Debbie Wasserman Schultz commenting on the GOP primaries in Michigan and Arizona last night.

That’s not all Wasserman Schultz was asked about. She also managed to demonstrate a Chauncey Gardner-level understanding of energy economics as well…

Of course, you may not have picked up on much of what she said – not so much because it was unintelligible, but because of the Heath Ledger/Joker look she brought out.

Seriously, who does this woman’s hair and makeup? It’s one thing to ask that everybody who goes on TV look like Megyn Kelly or Martha McCallum, but come on. 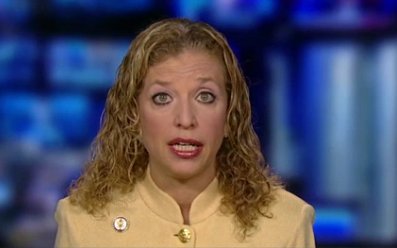 If you couldn’t follow what she was saying about oil, it’s basically this – drilling for more of it is going to take 20 years or something, so it’s not a solution to higher gas prices. And by the way, there’s more domestic oil production (which by the way is entirely a function of drilling in places like the Eagle Ford in Texas and the Bakken shale in North Dakota, where the drilling is coming on private land the federal government has nothing to do with leasing or permitting; production on federal lands is down significantly) right now than ever before, and that’s the result of three years of Obama’s energy policies.

She’s a Joker, all right. And it’s not just the makeup.

Interested in more national news? We've got you covered! See More National News
Previous Article The Obama Apology Playlist
Next Article Obama To The Military: Your Sacrifice Doesn’t Mean Much

“[T]he student athletes who generate the revenues, many of whom are African American and from lower-income backgrounds, end up with little or nothing.” - Supreme Court Justice Brett Kavanaugh, in a concurrence with the majority opinion in the National Collegiate Athletic Association vs. Alston case which might well destroy college sports as we know them.
More Quotes