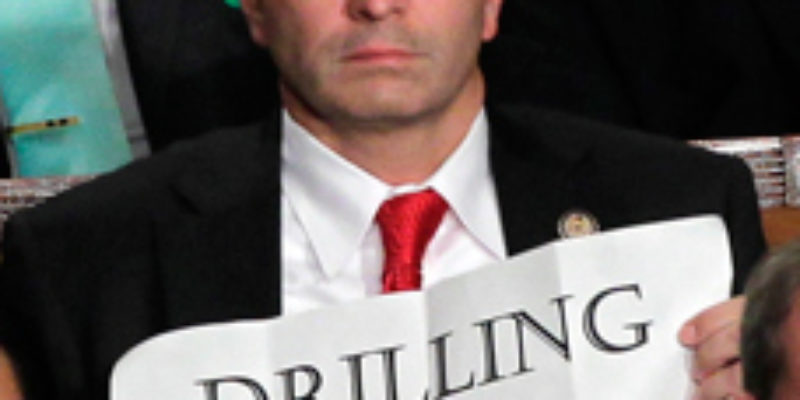 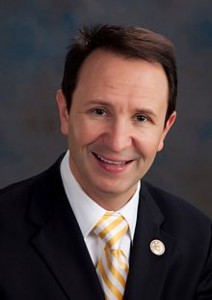 Yesterday, Rep. Jeff Landry called for a subpoena to be issued to the Obama Administration during his opening statement of the U.S. House Natural Resources Committee meeting . The subpoena is for documents relating to the offshore oil and natural gas drilling moratorium in the Gulf of Mexico after the BP Deepwater Horizon oil spill two years ago.

It seems that there are some discrepancies from what has been said by National Academy of Engineer officials and what the Department of the Interior’s report outlining the administration’s decision to shut down drilling in the Gulf said engineers told them about enacting the moratorium.

This started an investigation that has been going on more more than a year with little compliance from the administration, which led to the panel approving a subpoena to get to the truth of the matter.

Landry gave us a little bit of his time today to answer a few questions about all of this:

Q: Walk us back a little bit through this and tell us what prompted the investigation and why it was felt a subpoena was needed.

A: You have to go back in time from when the president first issued the moratorium. The basis at the time was that he had been advised by the Academy of Engineers to do so. Afterwards, they said that this never occurred. We have been going back-and-fourth with the administration since then to learn who said what.

What we want now is to see the email correspondences that were made so that we build the basis of a picture for who is telling us the truth. There are a lot of people that have been damaged by the moratorium, both directly and indirectly. To think that the decision to stop production was based on politics and not what we were told would be unconscionable. It would be un-American.

Q: So, if you think that the report was scrubbed of information that might have not endorsed a moratorium who do you think might have done that?

A: That is one thing we are trying to find out. The administration is saying that it never took place. When the president ran for office, he railed against Bush for not having transparency. Given that, it would be disingenuous for him not to present transparency that he criticized Bush for not having. We would like to see documents that haven’t been redacted.

Q: You feel that Obama issued the moratorium for political reasons. How do you believe it would have benefited him to do that, given that we have such a high unemployment rate and that gas prices are so high now? That doesn’t seem like much of a political strategy.

A: It would be the same political advantage that he thought he was getting by shutting down the Keystone Pipeline. It was done simply to appease environmentalists on the left. Republicans continue to criticize the president for being anti-oil. He says that’s not true, but his actions don’t match his rhetoric.

Q: How to you feel about what the president said today in the White House Rose Garden about ending what he described as subsides for oil companies before the Senate refused to repeal the tax breaks?

Q: What about Obama’s plan to cut corporate tax rates down to as much as 25 percent in exchange for getting rid of these kind of tax breaks?

A: The CEO of Exxon said that if you want to talk about repealing corporate tax deductions, you should do it across the board. He said that we should level the playing field and not just do it certain types of companies and not for others. I wouldn’t disagree with that.

It they want to repeal deductions in favor of giving us the lowest tax rate in the Industrialized World, it’s something that I would take a very hard look at. When oil companies say that they are okay with that, then it’s something I might consider.

Q: I would guess you have heard recent statements from the president that increasing oil drilling would have no impact on gas prices. How do you feel about it?

A: That’s hog-wash. Every time he says that you need to ask your readers why he has talked about tapping into the Strategic Oil Reserve. Why would he say that if prices had nothing to do with supply? If he believes that increasing supply would have nothing to do with prices then he is being reckless with national security as well as tax payers’ money? It would be like grabbing a fire hydrant off the wall when there is no fire.

Q: Let’s say that the committee gets to see these emails and it is shown that what you believe to have happened actually happened. Are there any legal ramifications that could come from this?

A: There certainly might be legal ramifications to come for the individual who withheld information. I think more ramifications might come from the court of public opinion. It would help Americans determine if the president is really looking out for them as they choose whether or not he should remain in office in the coming election.

Q: If you had to sum up your thoughts about the president’s feelings about the oil and natural gas industry in a couple of sentences, what would that be?

A: I believe that he doesn’t like the oil and gas industry. He would rather see them go the way of the dinosaur, which became extinct before the Endangered Species Act.