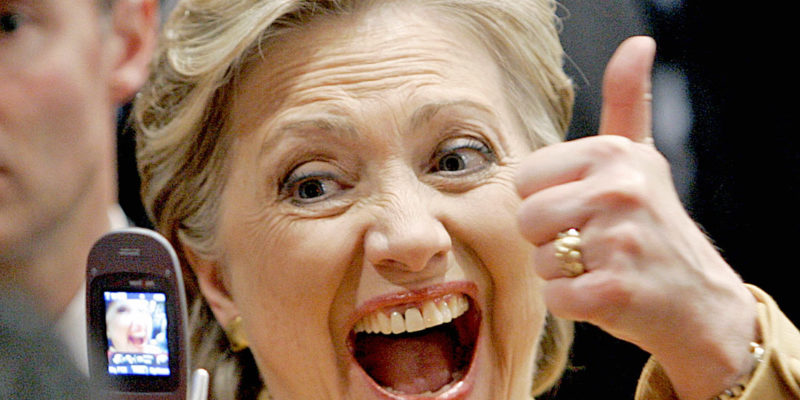 The so-called “birther” controversy is back in the news, thanks to an investigation by Joe Arpaio.

Those of you who keep up will know Arpaio as the Arizona sheriff famous for making inmates sleep in tent cities and wear pink underwear who is being investigated by the U.S. Justice Department for cracking down on illegal immigration.

He now says that a six-month investigation he has overseen has produced evidence that the long-form birth certificate released by Obama last year showing that the president was born in Hawaii is a “computer generated fraud.”

Arpaio wants Congress to look into all of this—oh, brother. He is a no-nonsense sheriff and it’s disappointing that he’s involving himself in this birther nonsense.

The birther story has always be annoying to me for many reason, but primarily because of the lies and half-truths perpetuated by the Main-Stream-Media over the controversy.

To address some of these and as a way of letting out my frustration that this whole issue hasn’t been given a well-deserved death long ago, I have come up with a little list to clear up some misconceptions.

People who are regular readers of this blog are pretty smart, so it’s a good chance that most of  you know these things.

For the rest of you, here are…

1. Democrats started all of this, not Republicans:

That’s right. It’s often believed that wily, racist Republican schemed up the notion that Obama was really born in deepest, darkest Kenya or God only where to keep the United States from having a black man as president. Not true. 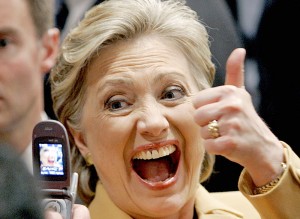 The birther theory began with Democrats, specifically supporters of Hillary Clinton after she started to trail Obama in polls during the 2008 Democratic primary elections.

Desperate to find something to take him out, those who wanted to see the future secretary of state become the party nominee for president circulated an email suggesting that Obama was actually born outside of the United States.

An excerpt form the email reads:

“Barack Obama’s mother was living in Kenya with his Arab-African father late in her pregnancy. She was not allowed to travel by plane then, so Barack Obama was born there and his mother then took him to Hawaii to register his birth.”

Main-stream-media pundits love the roll their eyes over those nut job tea party types who just can’t accept that the president was born in this country.

Well, I’ve attended many tea party meeting and even worked as something called a “political liaison” for one—which means I was the guy they picked to update the party on what was going on in local, state and national politics.

I once went to a day-long meeting in Alexandria attended by tea partiers from all across Louisiana.

How many times have I heard the birther issue discussed in my last three or four years of reporting on and being involved in the tea party? Not once.

Arpaio says it was some tea party people that first asked him to look into whether Obama’s birth certificate was real. That might be true. It’s also true that there are people in the tea party whom take the birther issue very seriously, but the tea party as a whole doesn’t care about this and sees this as a non-issue. They have bigger fish to fry, such as how the president’s policies are is robbing everyday Americans of their liberty and will eventually bankrupt the nation.

Are there tea party birthers? Sure, but birthers can even be found among the supporters of Hilary Clinton, remember?

Really, this should be a given. He might feign disgust for those who don’t believe he was born in this country, but in reality he is on his knees every night thanking Allah for birthers (I know he’s not really a Muslim, but it’s Friday and want to have a little fun pissing off leftists whom might have stumbled across this post). 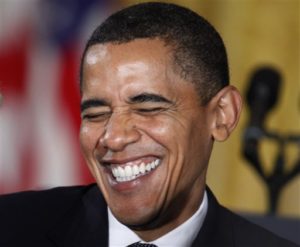 Through Obama’s presidency, the unemployment rate has averaged around 9 percent (it averaged 5.3 percent under Bush)  and gasoline prices have doubled.

We have also increased the national debt by about $5 trillion. Anything that can make news to distract from the president’s dismal record is welcomed by  the president.

When he released the long form of his birth certificate after years of being asked to do so, he said that he was happy that all of this could finally be put to rest.

Don’t you believe it.

Obama could have done a lot to put this all to rest by releasing the long copy of the certificate two years earlier and only decided to do so to make Donald Trump, whom was droning on about it at the time, look like a dope.

He has got to be laughing that Arpaio, of all people, is dragging this out again.

Birthers serve the president well by helping him portray anyone who opposes him as nut-job conspirist. Those people who want him to stop spending money we don’t have are just like those freaks say he was born in Kenya—what loons!

4. It doesn’t really matter where Obama was born:

Those who believe that the law and Constitution will ever apply to Obama are dreaming.

Like all progressives, these things only matter when they serve their purposes and might as well not exist otherwise. The president just had a meeting with a group of Democratic governors to discuss the ways in which Congress —and the Constitution—could be gotten around to implement his agenda.

You could bring a Kenyan doctor into Congress to testify that he delivered baby Barack on the dirt floor of a grass hut and it wouldn’t matter. He would be called a kook and the plant of another “vast right-wing conspiracy”—remember that one?

A team of document forgers could bring their equipment to Washington to demonstrate how they made a phony birth certificate for the president and they would be shut down before they could spit one out showing that Obama is the illegitimate son of JKF and Dionne Warwick.

The law, just like the truth, doesn’t apply to these people.

It kinda reminds me a conversation I once had with a guy who told me that he wasn’t going to pay his income tax after some diatribe he delivered about the Sixteenth Amendment never being properly ratified. I told him I would visit him in jail to thank him for the history lesson.

We are meant to be a nation of laws, but people like Obama are generally above the law. Does anyone really think there’s a prayer of kicking a sitting president out of office with a conspiracy that sounds like it came out of a bad Oliver Stone movie?Ain’t gonna happen.

5. We will never know the truth:

Like the shooter on the grassy knoll or the Shroud of Turin, the truth is far less important than the emotion that people invest in what they believe to be true.

Do I believe that the president was born in Hawaii, like he says? Yeah, I do because I’ve never seen any hard evidence to convince me otherwise and there is a lot of evidence—including birth announcements in Hawaiian newspapers—to prove he was indeed born there. I could make the case to a committed birther all day and they aren’t going to listen to me, however.

Could I imagine a scenario in which supporters of Obama would fabricate his birth place to get him elected? I wouldn’t put it past them, but it doesn’t seem likely.

Will birthers ever accept hard evidence showing that Obama was born in Hawaii? My guess is that they wouldn’t.

People who are hardcore believers in conspiracies think themselves smarter than the “duped” and aren’t going to join the rank of the mass-uninformed by listening to something they think is as relative as the truth.

I have to wonder why people like Arpaio are wasting so much time on this conspiracy theory when a much better case, and much more provable one, can be made against the president. Where ever he was born, he is a man who wants to transform our country into a European-style Socialist nation that will eventually bring it to ruin. That’s not a conspiracy, it’s the truth and it’s all being done out in the open.

The only thing that Arpaio’s investigation will accomplish will be to make noise that will distract from what we should focus on—how to stop Obama from getting a second term. That isn’t going to be done by looking at his birth certificate with a magnifying glass.

I wish the sheriff would just go out and hunt for this guy, It would be time better spent: 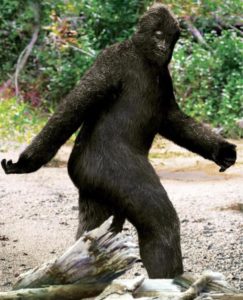