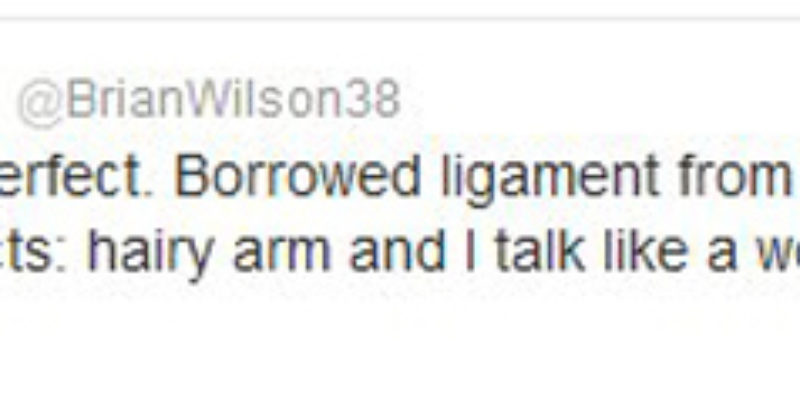 Fans of LSU baseball – the ones who are big enough fans that they follow the alums who make it to the Show – know that Brian Wilson, who’s the best closer in the game when he’s healthy, had to have arm surgery. That Tommy John thing, dontcha know.

Well, he just had it Thursday.

And whether he was still under the gas or he was just bein’ himself, he did this for us on Twitter today:

And here’s the video that went with it…

It’ll be a while before The Beard is back, and we’ll miss him. But knowing he’s in good hands, er, paws, er, hair, hangin’ with his boy Sasquatch sure is a relief.

Unless, of course, he ends up disappearing in the woods and only gets seen in beef jerky spots. That’d be too damn bad.