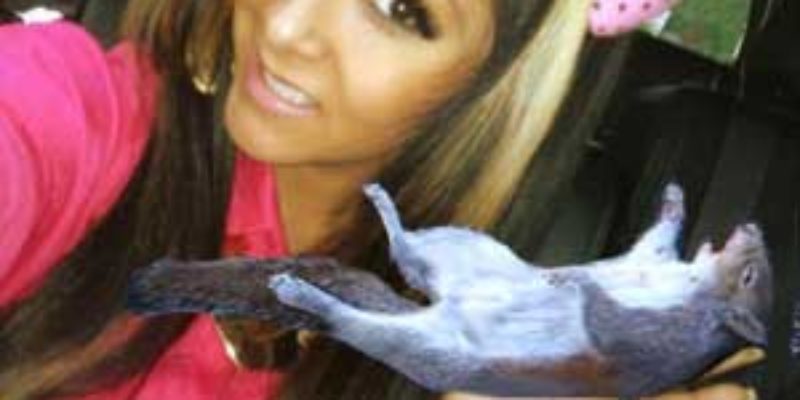 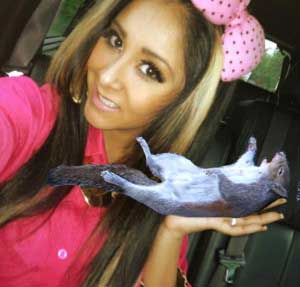 It’s Friday, so how about something of a light story headed into the weekend? It’s light, I guess, unless you are a squirrel.

Oscar might not dig it, either, but I don’t think he hangs out much with tree rats, so he’s not likely to take offense.

From the place that gave us Snooki, we have learned that a New Jersey man has been arrested and faces fines along with jail time for assassinating squirrels on his property—something we generally call “making groceries” here in Louisiana.

The suspect, 49 year-old Richard Baird, was taken into custody after killing several squirrels with a BB gun and hanging their bodies on a fence in his backyard.  It’s not clear why he hung his victims on the fence, instead of just chunking them somewhere, since all indications are he was never going to skin and fry them.

According to reports, Baird had a vendetta against the critters—which had been invading his domicile through a hole in the side of his house—explaining the motive behind the massacre.

He now faces up to six months in jail, up to $1,000 in fines and up to 30 days of community service if convicted on animal cruelty charges.

We, of course, are the butt of a lot of jokes here in Louisiana and often find ourselves near or at the bottom of those bad list for being too fat and irony, among other things, but at least we don’t have to put up with stuff like this.

Sure you have to have a license to go out and hunt squirrels in season and have to do so within limit, but it’s always been understood that if the critters are brazen enough to bring the game to you all bets are off.

The guy was even using a BB gun to do away with the pests, so it can’t be said that the squirrels didn’t have a fighting chance. Louisiana squirrels most likely would have laughed at him if he came at them with anything less than a .22 caliber or maybe a steel ball if he was a really good throw:


Interested in more national news? We've got you covered! See More National News
Previous Article Hayride Cartoon: He’ll Be Getting This…
Next Article Not Your Father’s Unions