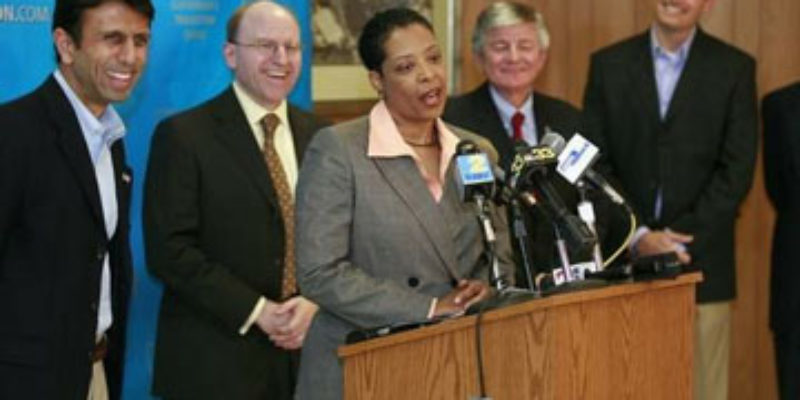 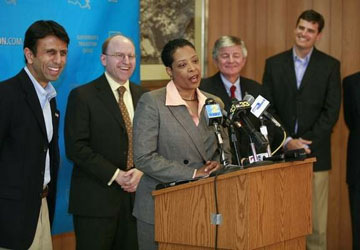 On Friday, Cynthia Bridges resigned her post as head of Louisiana’s Department of Revenue.

Bridges’ resignation came amid questions over the previous day’s decision by Gov. Bobby Jindal to rescind an “emergency rule” that would have extended the state’s Alternative Fuels Tax Credit to conventional flex-fuel vehicles. The “emergency rule” was put forth by Bridges on April 30, and for six weeks the state’s CPA’s and car dealers were presenting it to clients and customers as a potential windfall of up to $3,000 for vehicle purchasers.

But state legislators who got wind of the emergency rule had a collective cow over the potential budgetary effect, which could have been in excess of $100 million at a time when Louisiana’s fiscal situation tends to the dire. And by Thursday of late week, Jindal acted.

Bridges was then unceremoniously gone from a position she’d held since 2000. In a two-page letter announcing the resignation she didn’t address reasons why; she only summarized a list of achievements for the department during her tenure…

“These successes have led to increased efficiencies while keeping the vision and mission of fairly and efficiently collecting taxes and responding to the needs of the citizens and stakeholders of Louisiana at the forefront of the agency’s work. My only hope is that I have laid the groundwork for further progress in the department, as this is what the people of Louisiana deserve…I bid you, your team and the citizens of Louisiana, farewell. I thank you for allowing me to serve.”

The fact that nothing was said about the Alternative Fuels Tax Credit or its role in her resignation, and the fact that Jindal’s office immediately announced the appointment of Bridges’ deputy and former state Rep. Jane Smith as the interim revenue secretary – with no mention of Smith’s predecessor – was an indication that Bridges was forced out.

Or thrown under the bus, as Jindal’s critics are already casting it.

But if Bridges was thrown under the bus, is it warranted?

The predominant question coming out of the events of last week was, how could it have been six weeks from the time Bridges’ emergency rule was issued and Jindal made the decision to rescind it?

Jindal’s camp swears that as soon as the governor knew what was happening he acted immediately. If that’s in fact true it makes Bridges’ ouster look like an inevitability. In such a scenario she made the governor look bad – and cabinet secretaries can’t make the Head Man look bad if they want to stick around.

But as more comes out about this fiasco, it seems like Bridges wasn’t alone.

Jindal spokesman Kyle Plotkin said the issue was only brought to the governor’s attention Thursday.

But Jindal’s Commissioner of Administration Paul Rainwater and Bridges, who resigned late Friday, apparently both were aware the emergency declaration regarding the Alternative Fuel Tax Credit could cost the state millions of dollars.

Even Smith, whose ascension to a top cabinet post comes courtesy in large measure of Jindal’s goodwill, let slip a note of incredulity.

Plotkin said he didn’t know if when Rainwater and Bridges knew about the potential impact of the emergency ruling.

Interim Secretary Jane Smith, who was appointed by Jindal to replace Bridges late Friday, admitted she was “shocked” the governor hadn’t been informed.

One can assume Smith was shocked that neither Rainwater nor Bridges informed the governor of the ruling’s impact. But that would seem to be a shot at Rainwater – and if Bridges was cashiered as a result of the runaway emergency rule, one wonders if Rainwater’s future is affected by the fiasco.

And then there’s the fact that Smith was the author of the legislation upon which the rule is based – and the irony which drips from that fact since she’s now the state’s revenue secretary.

Smith would say that her bill was not a piece of legislation aimed at paying off buyers of flex-fuel vehicles. Rather, the bill was designed to incentivize the purchase of natural gas conversion kits to enable cars and trucks to run on CNG…

Smith and a chorus of other legislators, some of whom have already filed amended returns claiming the credit on their cars, said the clear intent of the Alternative Fuel Tax Credit was to encourage Louisianians to retrofit vehicles to be able to burn compressed natural gas.

It was passed during the euphoria over the Haynesville Shale natural gas discovery in northwestern Louisiana, where Smith served as a state representative.

Smith, a Republican from Bossier City, emphasized she had nothing to do with Bridges’ emergency declaration.

But the final act did include ethanol and other alternatives as a component, on which Bridges apparently based her ruling.

“Alternative fuel” means a fuel which results in emissions of oxides of nitrogen, volatile organic compounds, carbon monoxide, or particulates, or any combination of these which are comparably lower than emissions from gasoline or diesel and which meets or exceeds federal clean air standards, including but not limited to compressed natural gas, liquefied natural gas, liquefied petroleum gas, biofuel, biodiesel, methanol, ethanol, and electricity.

It would have been easier to just specifically state that Louisiana would give a tax credit for purchasers of factory-made vehicles running on natural gas or conversion kits to customize vehicles for natural gas. But once the sugar-cane and ethanol lobbies got involved a simple, targeted piece of legislation became a potential $100 million monster. Bridges could be forgiven for looking at the definition above and concluding flex-fuel vehicles qualify – though one wonders how she could have issued that emergency rule without seeking direction from folks above her pay grade. One also wonders how Bridges could have issued that ruling in late April, while Rainwater was slugging it out with the fiscal hawks in the Legislature and State Treasurer John Kennedy over a very tight budget, without Rainwater going ballistic and immediately warning Jindal of a problem.

Clearly there’s more to this story, and clearly somebody went off the reservation. It’s a foul-up and a mess, and it doesn’t look like the competent executive branch you’d expect from a vice presidential candidate. Jindal will undoubtedly take heat for it, deservedly so or not.

Interested in more news from Louisiana? We've got you covered! See More Louisiana News
Previous Article Reuters’ Hit Piece On Louisiana’s Education Reform Is A Flop
Next Article Turns Out There Are Consequences To Voting Against Jindal…