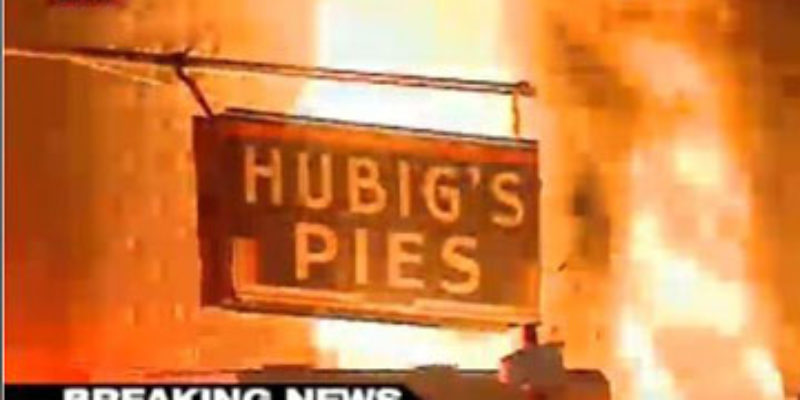 According to company officials, two or three Hubig Pie employees were in the building at the time the fire began. The fire is believed to have started in the center of the factory, in an area called the fry-room, and spread quickly throughout the building.

The cause of the fire is under investigation.

At least 32 trucks and 95 firefighters were working the blaze. Some homes in the area were evacuated.

“This business fed our first responders after Katrina. Our guys put this out with their tears,” said NOFD Chief Charles Parent.

The situation worsened just before 6 a.m. when the front portion of the building collapsed. At that point, the facility was a total loss.

“We have and will be a good neighbor, this is hard – we’re trying to wrap our heads around it,” said Hubig’s Pies owner Andrew Ramsey. “We have 40 employees and we will rebuild.”

Smoke from the burning remains of the plant drifted over the city as the sun came up. Crews remained on site, tending to hot spots.

This, of course, sucks.

In case you’re one of them philistines, this is what Hubig’s Pies is about…

The folks at Hubig’s say they’ll be back and they’ll rebuild.

Well, hurry up. Otherwise these people will probably never hear the end of it.

And now that I’m good ‘n depressed, y’all have a nice weekend.